I received a copy of Soothing Monsters, by M. Sinclair in one of the Supernatural Book Crate boxes I ordered. It’s the “special edition” cover. Annoyingly, they/she also changed the title of the book for this edition. So, elsewhere this is called Soothing Nightmares. That makes reviewing is a bit of a nightmare for me, actually. I’m the sort that gets annoyed if things don’t match. There’s always the underlying anxiety of “the ISBNs line up, but is it actually the same book,” “am I really cross-posting my review in the right place,” etc. It’s a cool cover though. 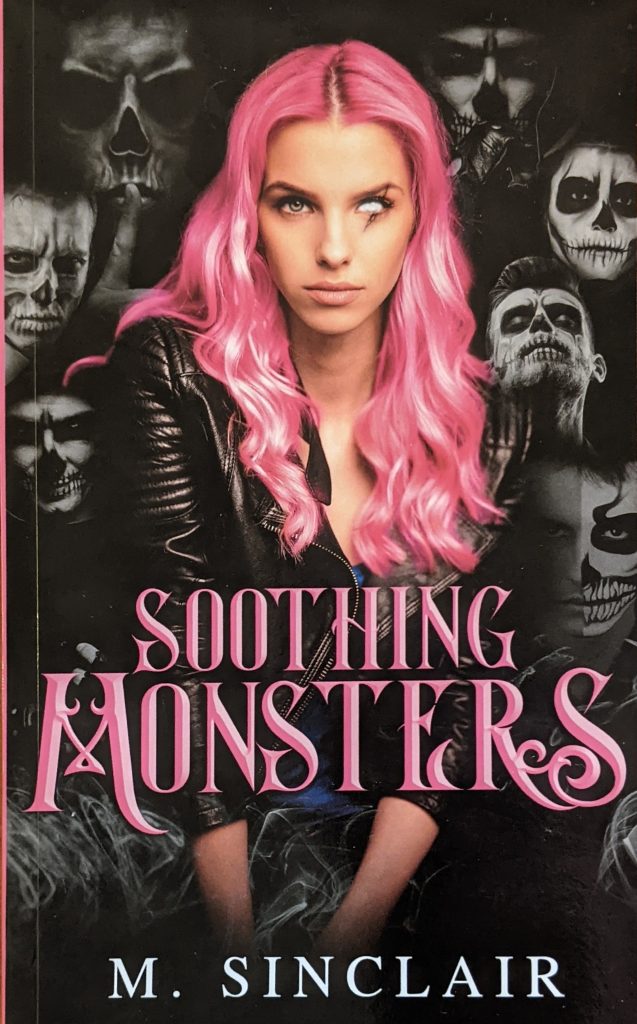 I didn’t fear my nightmares. I loved them… and they loved me.

I had never been afraid of the dark. Abandoned on the front step of ISS, I’d spent my entire life thriving in the realm of darkness that most humans avoided.
I was a woman living among monsters.

Arabella was abandoned at the front steps of INSTITUTUM SEQUUNTUR SOMNIA (ISS) one stormy night, only to be found and brought in by the monsters that lived there. An institute of nightmares that housed the most dangerous creatures that walked the plane of humanity. A place that trained and harnessed those abilities for their own use, while defending against the humans that were constantly attacking them.

But what happens when a young human woman grows up among the nightmares? Feeling no fear but instead taking comfort in her team that she surrounded herself by? By all regards, Arabella shouldn’t have fit in at the institute. Nothing like the warrior-like creatures around her, the 5’1’’ young woman with pink hair and a vision impairment was absolutely fundamental to her team. Not just for her strategic brilliance but her soothing lack of fear that seemed to tame the nightmares around her. Arabella is bound and determined to keep her monstrous men safe while they are on their missions.

I think there is definitely going to be a ‘you love it or you hate it’ divide with readers of this book. Because I’ll be honest, it’s totally over the top bonkers. There is no taking this thing seriously.  It’s reverse harem in which the heroine has 7, yes, seven supernatural mates. None of which are just monsters, no, among them are  princes of hell (two even) and Death himself. She’s playing with the big boys apparently (literally and figuratively for a 5′ 1″ woman). There’s surprisingly little sex (or plot for that matter), but a whole lot of in your face sexual tension. But it’s a lot of silly fun. I also appreciate the glasses wearing woman with a significant facial scar as the main lust interest, especially the fact that there’s no angst about it. I’m on the love it side…or at least really liked it side and will hunt up book number two. I always appreciate a sexy laugh. 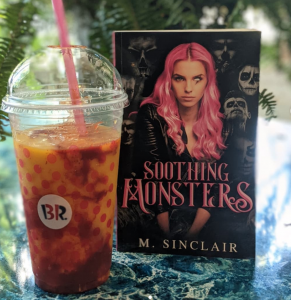