I picked up a freebie code for an Audible copy of Awakening (Covenant College, #1)
by Amanda M. Lee floating around the internet somewhere, probably from FreeAudiobookCodes. I listened to it as part of my March Awakening Challenge. 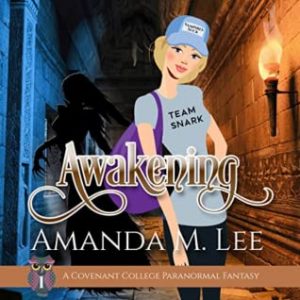 College was supposed to be all about booze and boys. For Zoe Lake, though, it’s all about monsters and mayhem.

An incoming freshman at Covenant College, Zoe is excited to meet her roommates and attend her classes. There’s only one problem: Covenant College isn’t all it’s purported to be.

First off, there are attractive — yet mysterious — men skulking around every corner. Then there’s that persistent professor that thinks he knows some secret about her past that even she isn’t aware exists.

Then there are the rumors. You know the ones. The ones that say Covenant College is home to more than just humans — but vampires and werewolves, too.

Not only is Zoe going to find herself in the middle of madness — but she’s going to have to try and pass finals while she endeavors to solve the mystery of what a monster really is.

The writing and narrations were fine, but the main character is so unpleasant I couldn’t enjoy the book. I’m not one who thinks all heroines have to be polite and pleasant, but Zoe is like someone took a Mean Girl and centered a book around her. She’s not just rude and abrasive, she’s needlessly cruel, shallow, and narcissistic. She even says she’s a narcissist at one point and all I could think was, “Being self-aware doesn’t make it any more tolerable.”

She’s also cliched in a hundred ways. She’s ‘not like other girls,’ can fight well ‘because she hung out with more boys than girls growing up,’ effortlessly good at everything, sarcastic even in the face of death, pretty, wears Star Wars, Marvel t-shirts and Chucks. She’s a self-centered walking cliche.

Zoe does step up and save the day more than once. But honestly, every-time she did I rather thought it out of character for her. There’s a scene at a frat party where an inebriated girl is being ‘cut from the herd’ by two guys and Zoe feels uncomfortable about it, but decides not to intervene (given the rest of the plot, this girl was almost certainly later raped). That was a reaction that fit the Zoe Lee crafted far better than the times she steps in to help.

I’ll also note that the use of date rape drugs and the subsequent rapes are included as pretty cheap plot devices and dismissed almost jokingly in the big climactic finish. No one is caught or punished, nor is there any indication that it’s stopped. It is treated as unimportant to the ‘real’ plot. Leave that crap out then, IMO. 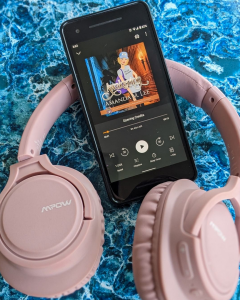