I picked up a copy of G. Clatworthy‘s Awakening during one of it’s freebie day on Amazon. I did it unthinkingly, just because it looked interesting and I liked the cover. It was later that I realized that the book is another Awakening. You see, earlier in the year, I did an Awakening Challenge where I read 12 books titled Awakening. My husband joked I should read this one and call it my Second Awakening. (He and I might be the only one who finds that joke funny.) Either way, I’ve done just that. 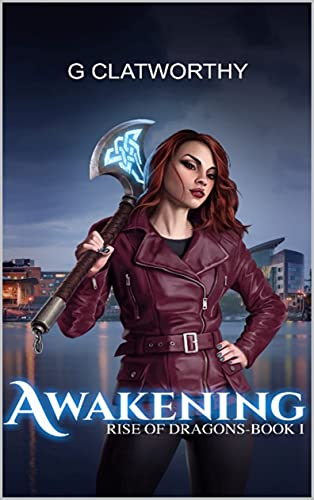 She wants a quiet life. Then they kidnap her friend. Can she survive an encounter with a cult and a dragon or will it end in fire and blood?

Amethyst is a half-dwarf jeweler and weaponsmith who just wants to improve sales in her shop in a popular Cardiff arcade. When her best friend gets kidnapped, she’s dragged into a world of cults and dragons. Not to mention hate at first sight with an arrogant elf. Who wants a quiet life!

Gemma loves creating worlds and writes both urban fantasy and children’s books. This is her debut urban fantasy series set in Cardiff.

I liked the idea of this book. You don’t see a lot of female half-dwarves. Fae, faeries, witches, vampires—pretty willowy things, sure—but not often dwarves. And that appealed to me. I like the idea of trying to stop a crazy cult from bringing dangerous dragons back into the world. I like that the book was set in Cardiff. I like it.

But the whole thing is disastrously let down by the execution. Nothing is developed, there is no tension. The writing is perfectly readable (and fairly well edited), but such that the whole book just feels like a recitation of events with no emotions. I felt no attachment to anyone or investment in the drama. Things just happened. Meh.

I will compliment the cover though. I often complain that the characters on covers don’t match the character in the book. I can’t say that here. The cover feels very much like Amethyst. The narrative makes a big deal of her big boobs in the beginning of the book, and I wouldn’t say that cover character is busty (a detail I’m happy to skip, but I mention because it was made such a point of in the book). But other than that, it feels pretty dead on.

All in all, I’m calling this a failure for me. But I think I might be willing to give Clatworthy another chance in the future. There is potential here. 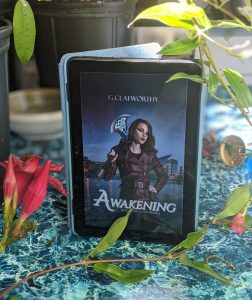