It’s been several years since I read Among the Living and Criss Cross (books 1 and 2 of the Psycop series, by Jordan Castillo Price). But I did enjoy them at the time. I’ll just go ahead and link my 2015 reviews here for easy reference. In rereading the reviews, I feel like they’re maybe a little dated, but they are several years old.

I’ve been holding on to audio copies of books 3 – 9 for a while, afraid to pick the series up again because it’d been so long since I started it. Some of these I picked up freebie codes for and some I laid out money for and bought. They’re narrated by Gomez Pugh, who did an awesome job.

Turned out the 5 year gap is not insurmountable. I was able to dive right back in without issue. I’m only going to post small reviews for these latter books though, being as I’m getting so far into the series. Below are reviews for books 3-7, which is as far as I got before I felt like I needed a break from so many books from the same series in a row. 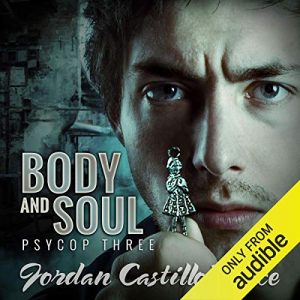 Meanwhile, Jacob tries to find a home they can move into that’s not infested – with either cockroaches or ghosts. As if the house-hunting isn’t stressful enough, Vic’s new partner Bob Zigler doesn’t seem to think he can do anything right. A deceased junkie with a bone to pick leads Vic and Zig on a wild chase that ends in a basement full of horrors.

I quite enjoyed this. Victor is a sarcastic curmudgeon that I can relate to. I appreciate that he’s a little older than the normal hero and a lot less shiny. I thought the sex was oddly perfunctory. Probably because the relationship is already established, so there’s no real romance to go with it. But also because Jacob plays so little role in the story otherwise. He literally shows up, shags Victor on occasion and wanders off muttering about condos. I really did wish he played a more active role, though I enjoyed seeing Victor adjusting to a new partner. 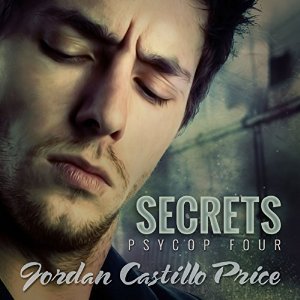 Victor Bayne’s job as a PsyCop involves tracking down dead people and getting them to spill their guts about their final moments. It’s never been fun, per se. But it’s not usually this annoying.

Vic has just moved in with his boyfriend Jacob, he can’t figure out where anything’s packed, and his co-worker is pressuring him to have a housewarming party. Can’t a guy catch a break?

On a more sinister note, Vic discovers there’s absolutely no trace of him online. No trace of anyone else who trained at “Camp Hell,” either. Everyone Vic knows has signed a mysterious set of papers to ensure his “privacy.” The contracts are so confidential that even Vic has never heard of them. But Jacob might have.

What other secrets has Jacob been keeping?

What I found interesting about Secrets is that we really get to see how very naive Victor has been about himself and his situation. It’s not that I don’t understand why, but it’s nice to see him getting clean(ish) and seeing with clearer eyes. The mystery in the story is really secondary to the realities of living with Psyop abilities, which made for some interesting considerations. I was glad to see Jacob play a bigger role than in the last book. I still feel like he’s a bit of a sexy, growling, biting, place-holder compared to the first books. Though I still adore him. But I’m hoping he’ll come back into more detail as the series progresses.

Victor Bayne honed his dubious psychic skills at one of the first psych training facilities in the country, Heliotrope Station, otherwise known as Camp Hell to the psychics who’ve been guests behind its razorwire fence.

Vic discovered that none of the people he remembers from Camp Hell can be found online, and there’s no mention of Heliotrope Station itself, either. Someone’s gone through a lot of trouble to bury the past. But who?

I think maybe this was my favorite so far. Maybe because it’s longer than the others, so a more fleshed out story, but also I feel like Victor grew a lot during it. There were also some interesting developments for Jacob and Zig played a bigger role, both of which I appreciated. I look forward to seeing where the story goes from here! 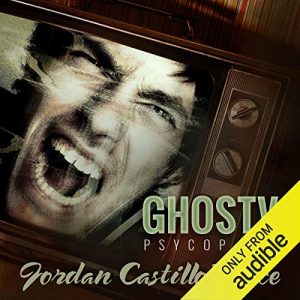 For the past dozen years, Victor Bayne has solved numerous murders by interrogating witnesses only he can see—dead witnesses. But when his best friend Lisa goes missing from the sunny California campus of PsyTrain, the last thing he wants to find there is her spirit.

Disappearing without a trace in a school full of psychics? That’s some trick. But somehow both Lisa and her roommate have vanished into thin air. A group of fanatics called Five Faith has been sniffing around, and Lisa’s email is compromised.

Time is running out, and with no ghosts to cross-examine, Vic can’t afford to turn down any offers of help. An old enemy can provide an innovative way to track Vic’s missing friend, and he enters into an uneasy alliance—even though its ultimate cost will ensnare him in a debt he may never manage to settle.

I swear this series is getting better as it goes. The books are also getting longer, which I appreciate. Though, I have to admit, once you get this far into a series, there’s not a lot left to review. I like the characters and the series in general. Otherwise, I wouldn’t keep reading. Here I enjoyed seeing Vic become progressively more competent, Jacob become more of a help-mate, and getting to know the enigmatic Dreyfuss. I’m off to listen to the next one. 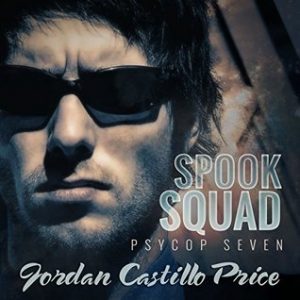 Everyone enjoys peace and tranquility, and Victor Bayne is no exception. He goes to great lengths to maintain a harmonious home with his partner, Jacob. Although the cannery is huge, it’s grown difficult to avoid the elephant in the room…the elephant with the letters FPMP scrawled on its hide.

Once Jacob surrendered his PsyCop badge, he infiltrated the Federal Psychic Monitoring Program. In his typical restrained fashion, he hasn’t been sharing much about what he actually does behind its vigilantly guarded doors. And true to form, Vic hasn’t asked. In fact, he would prefer not to think about the FPMP at all, since he’s owed Director Dreyfuss an exorcism since their private flight to PsyTrain.

While Vic has successfully avoided FPMP entanglement for several months, now his debt has finally come due.

I enjoyed this, just not as much as the last couple in the series. I thought the answer to the mystery was glaringly obvious. So obvious, in fact, that I felt it would be the first thing a medium would think of, as opposed to something no one considered. And I thought the whole thing kind of sagged in the middle a bit. But I still loved Vic and Jacob (though Jacob is largely in the background), enjoyed getting to know Dreyfuss and the FPMP crew, and still look forward to more.