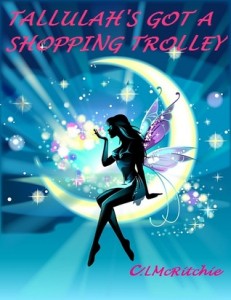 I grabbed my copy of Tallulah’s Got a Shopping Trolley, by C.L McRitchie from the Amazon KDP list.

Description from Goodreads:
I met Harvey on the car-park of Morrisons a few weeks ago. I’d forgotten to pick up a pack of pink and whites for Gran and had to do a late night dash.
Harvey was alive when I met him.
Not so alive when I left.
He’s now living in my flat and floats through walls.
Harvey is a ghost.
He blames me for killing him. I didn’t. It was an accident.
As punishment he floats into the bathroom when I’m showering and into the bedroom when I’m dressing.
He doesn’t look at me when he floats in – he doesn’t want to see me naked, he just does it to make me feel uncomfortable.
The truth is, I’m a bit put out that he doesn’t want to see me naked and that can’t healthy.
When he was alive Harvey was very attractive.
He still is.
He has sandy hair that occasionally flops into his eyes and he has developed a habit of giving me a sideways look whenever I say something stupid; So he does it a lot.
He has a calm confidence that I suspect belies an infrequent but fiery temper and he makes me feel safe – which is ridiculous given that he’s dead. His voice is like warm cinnamon and the twinkle in his eye gives me goosebumps.
When he was living he had a confident arrogance that made him successful – both in business and with women.
Harvey wouldn’t have looked twice at me when he was alive. He doesn’t now. And that irritates me and makes me want to re think my diet.
Sometimes I feel something electric pass between us, but that could be the poor wiring in the flat.
Nevertheless, Harvey is here and he is here until we find the elusive Tulip Martin, who vanished several years ago.
There’s a part of me that doesn’t want to find her, I suspect she’s dead and finding her means Harvey would be gone and I don’t want that.
Very soon I will learn that Harvey isn’t all he seems to be.
One day, Harvey will bring about my end.
But for the now he’s the sexy ghost living in my flat and I’m ok with that.

Review
Tallulah’s Got a Shopping Trolley needs three things badly–an editor,  a formatter and a new cover. There are a lot of editorial mistakes, especially in the beginning. It’s still perfectly readable, but it’s hard to miss them. I don’t think the word ‘brought’ had an r in it once in the whole darned book, for example.

The formatting is similarly hit and miss, both because there are a number of odd line breaks and such and because there are no paragraph indications. Neither indents nor hard returns are used at the beginning of a new paragraph, making it awkward to know where one ends and another begins. Seriously, if the book wasn’t double spaced, so that the lines are at least well spaced it would be all but unreadable. (What a shame that would be.)

Lastly, IMO the cover is both unappealing (generic) and doesn’t accurately represent the subject matter of the story or portay the feel of the book, which despite being presented in a upbeat and light hearted narrative style,  is actually a little dark with a bitter sweet ending.

I imagine these three rather major issues put a lot of people off reading the book. Don’t let them. The book is a gem. It’s hilarious. It reminds me a lot of Leigh Parker’s 10 Ways series. A lot of the humour in both is based on the main protagonists frustration and the completely ridiculous circumstances she finds herself in by virtue of her own social ineptitude. Really funny.

There were a couple times in the course of reading this book where I had actual laughing fits. You know the type where you start laughing, eventually try to pull yourself together with a few deep breaths and stop, only to start up again–The unfortunate monkey incident. That disastrous first date. Hilarious.

About two thirds of the way in it veers off into the truly absurd and for a little while I was really disappointed, thinking the author had simply given up on writing a serious book. It’s all explained in the end, however, and despite the strong humorous vein running throughout the book I teared up at the end.
I’ll also admit that the book has both a slow, confusing start and I was left with some unanswered questions. What exactly happened at the beach for example. The final result is pretty obvious, but not what the cause was.

This book lacks polish. Claiming anything else would be dishonest. But it’s good enough to be worth slogging through the mistakes and horrendous formatting. I would love to see the author have it professionally tended to and rereleased. The story deserves the attention.  (I downloaded it back in February, so it’s possible this has already been done and a new edition is available. I hope so, but have no way of knowing.)

Emily over at Confessions of a Bookaholic is having a birthday bash and I started it off with a bang. OK, maybe not a bang, just a guest post and an international giveaway. But that’s still something to crow about.  Why not go check it out? 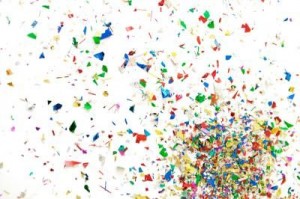