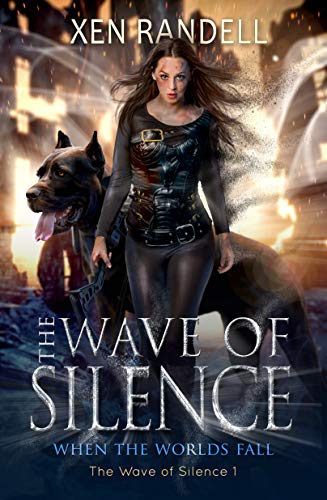 I’m not sure where I got Witches For Hire, by Sam Argent. It’s been resting in my Caliber file since 2017 though. So, I suspect I picked it up during one of DSP’ events. But I wouldn’t swear to that, only that I came by it legitimately. 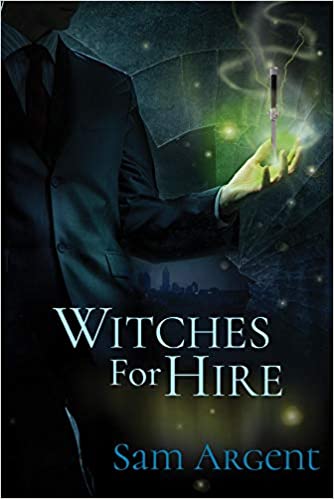 All recovering drug addict and witch Jeremy Ragsdale wants is to shamble on to the next job without any disasters. Instead, the temp agency saddles him with a fellow witch who hates him, an Amazon one violent outburst away from deportation, and a knight from another world as his boss. Even worse, their jack-of-all-trades magic business stumbles upon a conspiracy to kill Desmond the Great, Atlanta’s sexy star magician. Jeremy must prevent it without letting his colleagues know that he not only has ties to the energy vampires behind the plot, but that his past misdeeds might have instigated the attacks.

Despite Jeremy sporting a suit and tie like a good witch, his lies snowball to bite him in the ass. The lack of trust brewing between him and his teammates could cost Desmond his life and Jeremy his progress on the straight and narrow path if his secrets are revealed. Because no matter how much Jeremy has reformed, there’s still enough bad witch in him to kill anyone who messes with him or the people he cares about.

I had a truly odd experience reading Witches For Hire. The book has an awesome cover and blurb (though much of the blurb, while accurate, is irrelevant to the story). I liked the characters. I enjoyed the humor. I liked the voice or tone of the storytelling. The writing was mechanically competent and I don’t remember any big editing mishaps. By all accounts I should have adored this book.

But…and it’s a big but…the book would do well as a second or third book in a series. It does not, however, do well as a first. There was so much missing backstory that was hinted at throughout, and world-building that was left hazy, at best, that I spent most of the book asking “what is happening” and considering DNFing it.

I can’t count how many times I went online to check if there was a prequel or if this was a spin-off from another series. As far as I can tell there isn’t and it isn’t. It really is a first in a series, all on it’s own. And as much as I wanted to love it, the stingy was information was doled out, one frustrating crumb at a time, was a style that didn’t work for me.

The thing is though, there was so much I did like (even if not enough to rescue this book) that I’d be willing to give an Argent book another chance. Like I said, odd.

The other day I logged into my Kindle Cloud to send a document I’d uploaded to my device and noticed that one of the Amazon books had an available update. I have enabled auto-updates, but I’ve long known that, for whatever reason, some books don’t and I have to actually push the button. I’ve never figured out what differentiates the books that auto-update from those that don’t, but such is life.

And because I was then thinking about updating books, and knowing that some had been updated and others hadn’t, I was forced to go through and update all books with available updates. (I’m not OCD or anything like, but some things still nag at me, and a task that is partly done is one of them.) The end result was me traveling back in time through my Kindle Cloud, and somewhere along this journey I decided it would be fun to find and read the oldest unread book in my Kindle Cloud.

That turned out to be The Destiny of Ethan King, by Martin Cosgrove, which I apparently purchased (or probably picked up as a freebie) in May of 2012.

Going back in time is a little dangerous, because my reading tastes and pet peeves, etc have changed over time and 9 years is a lot of time for growth and change. I had a huge purge last year and deleted a lot of books I knew I’d simply never read. So, it was safe to assume The Destiny of Ethan King wasn’t one of those. But I still entered into it a little warily. 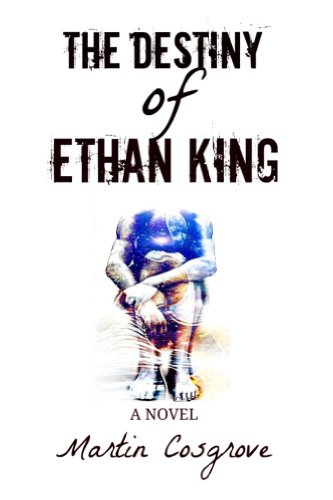 A university professor discovers the notes of a little-known 12th century alchemist detailing the creation of a mystical substance called Universal Matter. This substance is capable of generating unlimited energy and has the power to either end humanity’s greatest problems, or destroy us all. The ancient documents claim that, when the time is right, one human soul will be given the ability to create Universal Matter. His name is Ethan King.

Thrown into a world in which the boundaries between good and evil are blurred, Ethan is left with no choice but to embark on a mystical adventure with potentially global consequences. Complications arise in the form of supernatural abilities, past life flashbacks and personal tragedy.

Ok, I’m gonna be blunt here. I can see what the author was after with this book, but the way it’s written (told, really) bored me to tears. I finished it by force of will alone. I literally read a couple chapters, went off and read a whole other book, came back for a couple more chapters, then read another book, then a few more chapters, and another book, etc. That’s what it took for me to finish. It’s a snooze fest.

The thing is, I really think it’s the writing, not the story itself that’s the problem. Most of the important points, where real character growth or plot progression occurs are told instead of shown (often after the fact). So, you never really feel connected to anything. Further, Cosgrove’s attempts to explain the transcendentalism or whichever metaphysical/esoteric philosophy the characters are utilizing is almost lecture level dull. The fact that the reader needed the lecture to understand shows how poorly it was shown in the writing otherwise.

Perhaps there will be those, new to the ideas presented here perhaps, who will enjoy book. All in all, it’s a failure for me though.