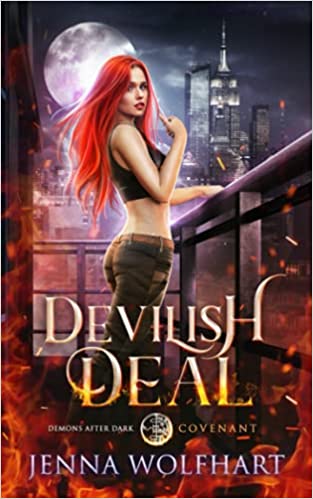 Last month, I was living out of my car. Now, I’m couch-surfing in Brooklyn. It’s about as glamorous as it sounds. All I’ve got are some bad memories, an empty bank account, and a pigeon I named Hendrix.

So, when a mysterious, sinfully hot man offers me a deal, I have no choice but to accept. I’ll pretend to be his live-in girlfriend for a month. In exchange, he’ll give me a job at his exclusive club in Hell’s Kitchen.

Only problem is, there’s way more to Asmodeus than meets the eye. He’s a literal demon. Like, from the underworld. He’s rude, dangerous, and probably a killer. But if I break my deal with him, I’ll lose my soul.

Fortunately, it’s just a month. A month of heated stares and fake kisses that feel all too real. My soul—and my body—can totally survive this…right?

This is one of those books that you finish and think, “It was fine,” and then can list of half a dozen ways that it really wasn’t, even if you don’t feel like it truly deserves to get panned. I found Mia prickly and unpleasant—far beyond what the weak excuse for history called for. All of the demons came off as slapstick and goofy, rather than intense (as seemed to be the intent). The only sex scene came while drunk, which is fine—I’m not the morality police—but it was still kind of icky and unnecessary to the plot. And the twist in the last paragraph (or the hook for book two) was ridiculous, honestly.

But, even having said all of that, the writing was easily readable and I wouldn’t go so far as to say I disliked it. It was just kind of a weak showing, worth reading for the amusement, but never going to top a best-of list. 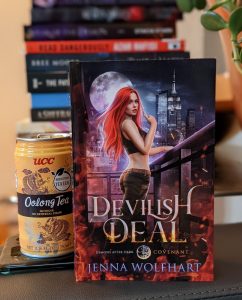