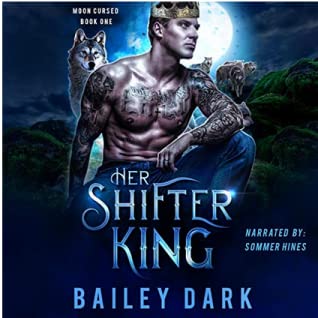 I picked up an Audible code for a copy of Her Shifter King, by Bailey Dark, somewhere along the way. It’s narrated by Sommer Hines.