It is apparently a week for complaints. I promise I’m not always so negative. Actually, I’m usually pretty easy going. But I have my moments of, Jeebus, just stop already!

Earlier, I wrote a post about how I’m noticing a downward trend in the quality of the books I’m receiving to review. I heard from a number of readers that I wasn’t alone in this observation and one person mentioned in a tweet that this was not limited to self or indie publishers, but that she’d had to DNF yet another book by a traditional publisher because it was so poorly edited. In fact, that publisher has a reputation for providing very little in the way of editing.

Today I’m going to have to have a few words about serials and prequels. Some of you might know that I’ve set a goal of clearing off my short story/novelette/novella shelf (basically anything under 100 pages that isn’t part of a longer series that I happen to also have). Most of these were purchased without realizing their length, because I’m not a huge fan of shorts. But however they came to be on my TBR, I have a TON of them.

I’m currently about halfway through writing my sixth such post. I’m reading them in order of length and am currently reading those that are between 70-79 pages long. And it would appear this is about the length that authors feel is appropriate for short serials and prequels to series. Which is fine…except that I hate them both and reading so many back-to-back is really highlighting this fact.

Now, lets be clear, I’m about to go on a little rant that is solely mine. I’m not talking with any particular knowledge of the industry or any voice of authority. I am espousing my opinion. But since I have a platform to do so, I get to write it up on a blog and post it for the world (or roughly six random people) to see.

With very few exceptions,* I HATE SERIALS AND TEASER PREQUELS. I just do. This is a fad that cannot die fast enough for me. And let me tell you why. I generally consider them pointless wastes of time to read, and it all comes down to one of my very strongly held beliefs about books. EACH ONE SHOULD BE A COMPETE PIECE OF WORK. This doesn’t mean it can’t have a cliffhanger ending, but it does mean the story has to have a feeling of completeness. Some aspect of the arc contained in it needs to wrap up. 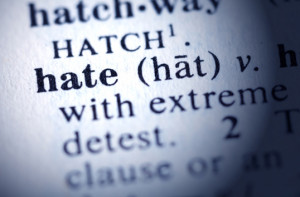 As an example, contrast this with the prequel I just read (and I won’t shame it by calling it out). It started out with a girl being dragged away by a mysterious entity, no idea if she lives or dies, she’s just dragged off. (In fact, you never even learn her name with any certainty.) The story then moves backwards through the day leading up to that point. You see people arrive in their cars, get off work, meeting up with their rides, etc. You never quite make it to, “she woke up,” but you do get to getting dressed to go out and putting makeup on. So, the only exciting thing to happen happens in the first pages and the story gets progressively less interesting with every page read. There is nothing about it that is anything but a beginning.

It turns out that this “prequel” is literally just the first chapter of the first book of the series. It’s not meant to be a stand-alone piece of fiction. It is not meant to be read as anything but a lead-in to the series. And though many such prequels aren’t actually contained in other books, many are just the very tippy-top, beginning of a larger story.

But suppose I don’t want to read the series. Suppose I just want a 71 page story, say enough for my commute,  how am I to know which I’m getting when I open it up? I can’t. It’s a game of literary roulette in whether a prequel will feel like a satisfying read of just leave me feeling cheated out of an hour or two of my time.  And you know what, I very rarely feel tempted to continue the series, because I don’t like to be manipulated and that’s what it feels like to me, like a bait and switch. “Oh, you thought you were gonna get a story?  Ha, think again and one click.”

And yes, that particular example is particularly egregious, but it’s often just various degrees of the same problem with any prequel you pick up. There is always the question of, “Is this a complete piece or work and worth my time or is this just an anchorless snippet with no sense of completion?”

Some people will argue, “Well, it’s a prequel, part of a series. It’s not meant to be read on its own. You can’t criticize it for being what it’s supposed to be.” To which I answer, “In my opinion, if it’s given its own ISBN/ASIN, its own cover, then it is its own piece of work and I should be able to read it as such. At the very least I should be warned if I can’t.” And I guess that’s the crux of the problem. There is no way to tell which is which.

My problem with serials is exactly the same. They are often poorly labeled, so I’m not even always aware if what I’m picking up is the first book in a serialization or the first in a series. And even if I do manage to find a “part one” that clues me in to the fact that it’s a serial, I still can’t know if each part, volume, episode, whatever will be a complete arc or not.

I read one yesterday that was just basically the first 75 pages of a larger work (and I have read many such pieces). Well, if it’s one larger work, why break it up? I just honestly don’t even understand the logic behind it. If you have several arcs or characters with their own storyline, sure fine, make them serials. Because it’s logical that each such part, volume, episode, whatever can have an ending of some sort.

But if you’re writing a book and then think, “Hmm, I think I’ll just chop it into four pieces”….I have to ask why? What do you hope to accomplish? Because the only thing you accomplish with me is to piss me off and increase the likelihood I’ll refuse to read anything else by you. I’m absolutely, 100% not going to go out and spend money on the next couple chapters of what is in effect a single book. Not gonna happen.

I realize that I may be alone in these opinions. After all, someone is buying enough of these works to support the authors and continue the trend. Heck, I know of one publishing house that specializes in episodic literature, in other words, stories that are written like TV shows. They have no pre-determined length or events. Parts, volumes, episodes, whatever keep getting written as long as people keep buying the serializations. Think this to it’s logical conclusion…as long as you buy the next part, volume, episode, whatever you will never be given an ending. Personally, endings to stories I’m invested in are the most satisfying parts. Why would I want to be denied that?

So I ask the authors who are writing these, the editors, the publishers to find some way, any way, to let readers know what they are in for; because I am becoming increasingly jaded with the whole industry at this point. I am so sick of reaching the end of a “book” and finding that nothing, nothing at all has concluded. 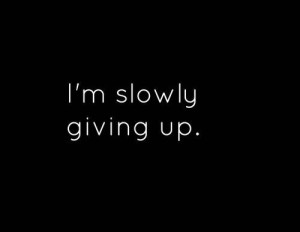 *Exceptions largely being when a magazine or blog or some such is publishing a story over time, as a feature. But I don’t see that those should be separated from their source and for sale on Amazon or B&N or Kobo without any explanation of what they are.

2 thoughts on “I’m just gonna say it, “I hate prequels and serials.””