Having just finished this post, I feel the need to come back here, to the beginning, and include an explanatory note. I had intended this post to simply be about promoting Queer Romance Month, an event I enjoy and think is important. I went in with no real plan beyond, “Hey, everyone should go check this out!” But as I wrote, as I allowed myself to dump onto the page whatever my fingers felt like typing (it could always be deleted, after all) I found that I had a lot to say. Most of it would probably qualify as some twisted, rambling version of journaling, getting my own fears, feelings and thoughts on paper.

It was unplanned, but that often makes something rawer and more meaningful. I hope however, that it doesn’t also make any part of this unconsidered or insensitive. I’ve read it over, of course, corrected my grammar, removed 50 or so commas and cut my perpetual run-on sentences into halves and sometimes thirds. But I want to include an apology too, in case anything I say comes across as less than respectful of anyone. I have the utmost respect for those who live outside of society’s rigidly constrained boxes (even the new ones whose walls are firming even as we speak), as well as those who fight for the inclusion and normalization of further boxes. If at any point I come across as otherwise, please blame it on my words, on my inability to always get the right ones in the right order to say exactly what I mean.

October is LGBT History Month, at least it is here in the US. On a smaller but more international scale, October is also Queer Romance Month and I absolutely recommend checking this site out. This is a second year for the event. I avidly followed it last year and am planning to do the same this year.

Last year there were a number of really moving posts from some  well know LGBTQIA+ authors, as well as some up-and-comers, and I expect more of the same. In fact, I’ve read a few of them already. So, I know there is touching and thought provoking content to come. Plus, you’ll get to see Catherine Dair‘s Skip and Pip, two cute bunnies worth obsessing over.

Now, I don’t consider myself particularly queer. I’m not exactly a 0 on the Kinsey scale. I don’t even know if I’d be just a 1 and I don’t comply with many feminine expectations. But being happily, monogamously married to man it’s all kind of moot at this point*. (At least in this context, identities and numerical representation is important.) But I still love everything about this event.

Anyone who’s been reading this blog over the last couple years will note a significant increase in the number of LGBT books I’ve read and reviewed, the majority of them M/M (though in this too I’m trying to find parity). There are a number of reasons for this, some admirable (I think) and some I’m not all together comfortable with.

On the positive front, I made a commitment to myself that, in both my reading and my own writing, I would be more aware of and actively accountable for representation in my fiction. I’m making a concerted effort to read and write about a wider variety of peoples. And for the most part, I have found this exercise incredibly rewarding. I find that I relate easily to a larger demographic of the human race than I would have expected and I’m pleased by this. (This is in no small part also the result of some stellar writing on the part of authors.) 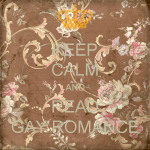 women are always so damn passive. With very few exceptions, I just basically hate heterosexual romance books. (Though to be fair, I think the dependence of these tropes may be changing.) Queer romance allows me to explore romance and sex without all that baggage. And I’ve accepted that this is important to me, but I’m also very aware and try to be conscious and careful of how close to appropriation this actually is.

I am also learning to negotiate a heavy burden of fear about getting it wrong in my own writing. I want so badly to be part of increasing visibility, but can readily imagine that seeing yourself being misrepresented is worse than not seeing yourself at all. (At least, that’s how I think I would feel.)

I’ve been party to (or perhaps better stated as present for) a number of discussions between male gay readers of M/M romance who state that often they don’t feel included in the intended audience of books ostensibly written about them, or people like them. Penning one of these books is one of my biggest writerly fears. 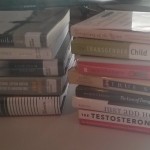 For example, I’m currently hip deep in #Nanoprep research for NaNoWriMo next month and I’m planning on including a FTM transgender as a main character. And while I have no problem with learning the details of surgeries and hormones (why would I normally know that, of course it takes research) and I’ve just plain enjoyed the memoirs and personal accounts of Transgendered and Non-Binary individuals I’ve read so far (I’ve always loved learning about people), but I also feel a certain human failure in needing to research another human being human.

I have a lingering fear that I’m turning someone’s true and meaningful life experiences into a quantifiable, researchable project and I’m disturbed. It feels both clinical and separatist, this idea that you (the vague imagined other) are so different from myself that I have to do research to understand your experiences. It feels like a distinct lack of empathy. 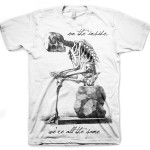 I seek everyday to reduce this same idea of otherness, to not look at white people and people of color; het people and homo people; sexual people and asexual people; cis people and trans or non-binary people; or able bodied people and disabled people, but to just see people. So the need to get books and do research on a type of person, as if that person were a topic not a feeling, thinking, living individual rankles me.

Logically, I know that respect and acceptance (which I can give freely to someone, even if I don’t understand their everyday existence) and grasping the minutiae required to craft a believable 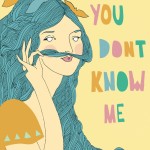 character are different, but emotions aren’t always logical and one of my heaviest emotion in this endeavor is fear**. That’s before I even face the mortification of inadvertently including something harmful or insulting or just plain old wrong. None of that is easy to admit. I so wish it wasn’t true and hope there will come a point at which it’s not.

Writing only cis-gendered, straight, white women is safe. I can’t really get it wrong, because even if someone doesn’t like or agree with my representation of such a woman, I’m writing from a place of experience. I’m writing from my social position and I have an unquestionable claim to it. I have an un-denouncable right to say ‘that is a true account of a cis-gendered, straight, white women.’ It may not be the only one, but I can comfortably assert it really is one of them.

An author gives up that couch when they branch out beyond themselves. I think they always have to stand back a little and accept that their claim to be writing a true account of, say, a Native American, Transgendered male-to-female, may not be unassailable. They may get the details just right, but they still need to maintain the humility to acknowledge that they can only use one social position as their own, everywhere else they are a guest and need to behave as such. (Even in this, I acknowledge that I’m

speaking as a prospective interloper and this is a touchy subject for some. Perhaps someone far more experienced will tell me this is inaccurate and I’ll listen because it’s not yet an experience I’ve had. In the past, I’ve been embarrassingly guilty of being the new kid who thought they had it all worked out, only to later, with more experience, cringe at my own arrogant self-assuredness. I will not make that mistake here.)

So, to cut off my free-flow, almost stream-of-consciousness rambling and try to bring this back around to the Queer Romance event, for me, who is experiencing a bit of a social awakening (not just around romance, but social justice in general, my own place in the world, my own identity, etc) QRM is incredibly important. It’s giving voice to authors who have not always had much of a platform. It’s presenting wonderfully engage-able stories and ideas for readers to ponder. It’s a grass-roots level action on the part of impassioned authors, readers, artists and allies to bring Queer Romance to the masses. And it’s providing role-models and accessible terrane for people like me who are just finding their feet, so to speak. Oh, and there are giveaways! I love it and hope lots and lots and lots of people give it a chance and check it out too.

Lastly, as it wasn’t my initial intention to work out some of my own fears around writing in a post presumably centered on Queer Romance, I hope no one minds me tying the two together here. Even I acknowledge that it’s not a perfect fit. I considered separating the two, but in the end left it as is because it’s a true and  factual accounting of my thought process. It was in considering QueerRomanceMonth.com that I came to the understandings above (some of them new even to me). Just as I’ve left so many of my parenthetical clarifications and addendums that so clearly (if passive aggressively) highlight my own points of discomfort, places I thought others might take issue or find fault. It’s a snapshot of what it means to be me right now, someone in that in-between place where they’ve yet to learn the lay of their new home field. But isn’t this just one more reason events like QRM are important? They prompt thought and introspection.

*Edit: Since I wrote this, Dahlia Adler has written an absolutely amazing post on this (or a very similar) subject. Go read it.

**As it happens, since posting here, I’ve also read this post, but Liv Rancourt on this very subject.