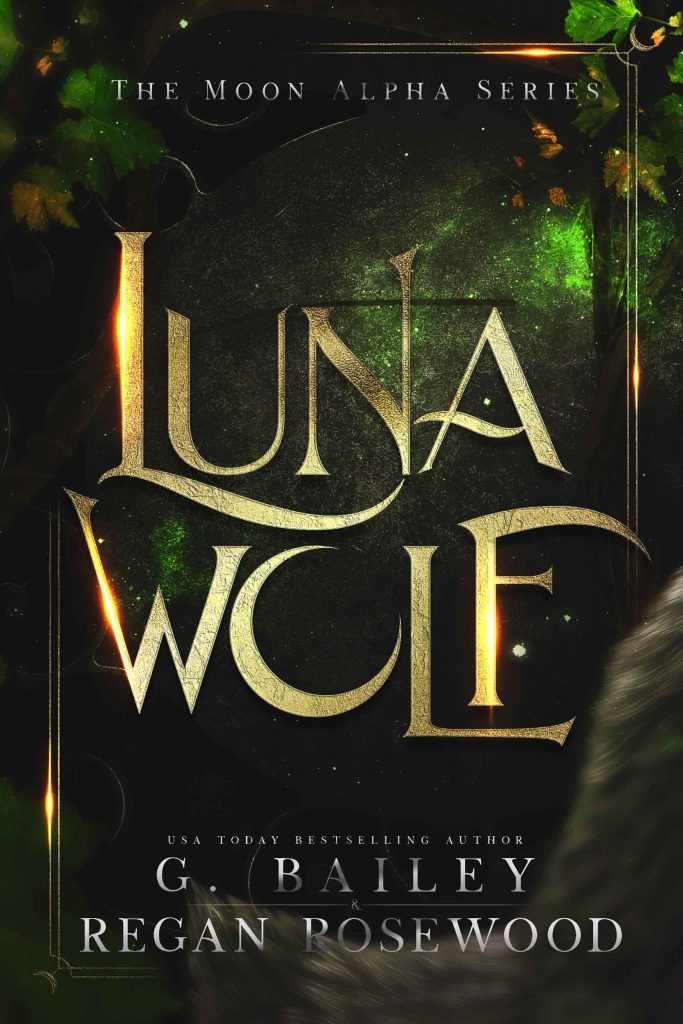 I’ve been rejected by everyone—but an alpha heir wants me to be his pretend mate.

As the only wolf shifter in my pack not to shift, being rejected from my home when I turned eighteen was not unexpected when the shifter war is so close. But being sent to a secret academy full of immortal wolf shifters, demons, and teachers with no morals wasn’t something I planned for.

Luna Alpha Academy is for rejects only.

They choose wolves that no one cares about if they go missing and if I can survive long enough to learn the dark magic they teach, I might even be welcome back home as a wolf-witch.

My tutor is a hot shifter asshole who takes what he wants—this time it’s me.

In exchange for extra training, Atlas wants me to pretend to be his.

Every kiss, every possessive touch, every growl to anyone that comes near me only makes me want him more.

But I can’t have him. Not really.

I’m a wolf who can’t even shift.

We don’t belong together, and it’s fake. It can’t ever be real.

Dark magic is my future and my only way back to my pack.

I have very middle of the road feelings about this book. Or rather, I liked the book fine, with the exception of a few critical elements and I’m afraid that if I innumerate them this review will come across as far more critical than I intend. So, let’s establish up front that I liked the book fine, but have a few critiques that shouldn’t nullify the previous statement.

My biggest issue is the inconsistency in the characters, Atlas especially. He literally acts as if Nyx is a huge imposition on one page and by the next he’s hitting on her and has had a complete personality transplant. There is literally no transition between his attitudes shifts. It was abrupt, unfollowable, and pulled me out of the narrative harshly. (Worse, it happened more than once.)

My second issue is how cliched and predictable the plot lines are. The primary immediate villain is a scorned woman fighting over a man—sometimes I want to shake authors and scream in their faces that women really can have motivations that don’t involve men—and the big reveal is seen coming from…well, basically the beginning. Honestly, it all felt a little too focuses on these small scale dramas instead of the larger end-of-the-world level drama that is sketched out at best.

The writing is mechanically fine, if a little rough around the edges. The over-arching world seems interesting and I think I’d read another in the series. But, again, I’d call this a middle of the road read.

On a totally unrelated note, I’m SO GLAD the book got a new cover. I’ve stumbled across the old one (with the pretty girl on the cover). And it made me seethe. A big deal is made in the book about Nyx being ‘curvy’ (and I do love a plus-sized heroine). That girl on the cover was not. So, I’m glad I don’t have to be irritated about that.

The Moon Alpha Series by G. Bailey and Regan Rosewood