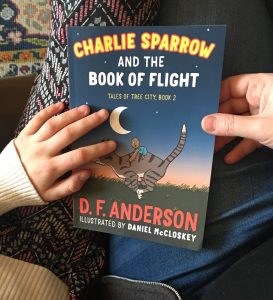 I won a copy of Charlie Sparrow and the Book of Flight, by D. F. Anderson and Daniel McCloskey,

through Goodreads. Since it’s middle-grade fiction, my daughter and I chose to do a mommy/daughter read of it.

Description:
Charlie Sparrow is the only bird in Tree City who can fly, but Mayor Peck insists he’s faking it. When Charlie learns of a book proving the truth about flight, he leaves Tree City to find it, facing a sharp-beaked thug and a den of mythical bird-eating creatures with claws and whiskers. With the help of his friends, Charlie discovers deeply held secrets about the mayor that must be exposed for the citizens of Tree City to wake up to their birthright—flight.

Daughter’s Review:
I really liked it, it was cute. I love how determined Charlie was. It was a good lesson. I liked the part where he became friends with the cat. I’m ten-years-old and I could read it pretty quickly. I think it would be better for kids a little younger than me, but I drew a picture of it. 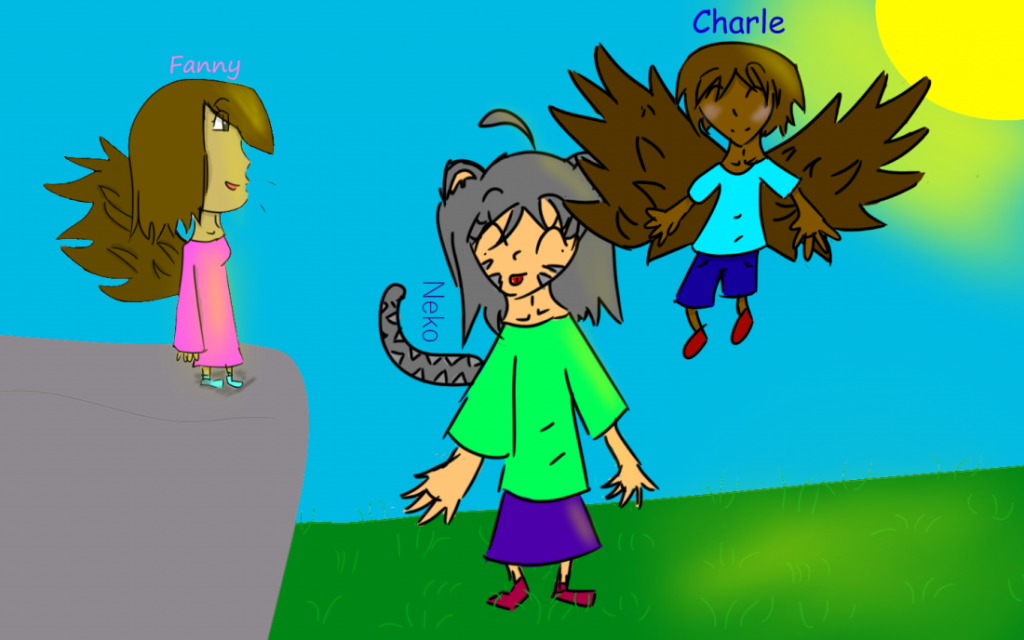 My Review:
I often find reviewing children’s books more difficult that reviewing adult books. It’s hard to let go of adult expectations and accept books the way a child will. My daughter didn’t wonder how these anthropomorphized birds developed cameras, but didn’t understand the mechanics of flight. She didn’t ponder the Book of Flight’s origins, or if the birds in the rest of the world could fly (and if so, why they never happened to fly by Tree City). She was able and happily willing to simply accept the story as presented, even the bits that don’t make sense. Because they don’t have to for a child.

This book is intended for children between 6 and 9. For that age range it works. For a 40-year-old, maybe not so much. But what does that matter? It’s clean, easily readable and full of enough pictures to support the story, without cluttering the narrative. It’s book two in the series, but stands alone. We’d obviously missed out on how Charlie learned to fly and some of the history, but nothing that impeded the enjoyment of the story in any way. All in all, my children liked it and that’s all that really mattered.