I read a blog post this morning that made me stop and think, stop and consider myself and my own actions. It was Committing to Diversity When You’re White: a Primer. I happen to be white (white, middle class, cis-gendered, able and average bodied and basically straight) and interested in committing to diversity. In fact, before today, I’d have said I was committed. 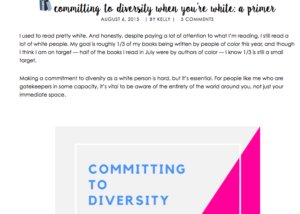 The post is a down and dirty list of things white people can do to promote literary diversity. I’d paraphrase, but that might discourage reading it yourself and it is worth reading. One of the primary suggestions, though, is to ensure you READ books, not only ABOUT but also BY people who are not white, heterosexual, cis-gendered, able-bodied representations of the majority. The author, for example, set a goal of making sure 1/3 the books read this year are by people of color.

It’s this particular point that made me stop and wonder what my average looks like. I mean, I consider myself fairly aware of the biases in the modern western world and I make an effort every day to put good out into the world and improve the lives of those around me. But I wanted an understanding of whether I am succeeding in walking my talk in the reading department. After all, I may not have a lot of impact in the reading community, but I do have a platform.

What followed was several hours on Goodreads, in which I read the biography of each of the 260+ books I’ve read this year. 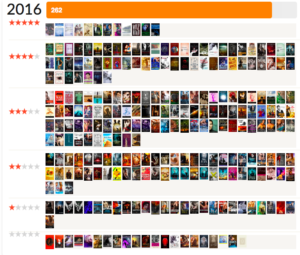 Yes, that’s 260+ books. There is some overlap, as I have read more than one book by the same author. But I still looked at the bios of over 200 authors and took an informal survey of their demographics. I looked predominantly at gender, race (white or POC based on author photo) and if the bio mentioned the author being LGBTQI+—items I thought might be available in an author bio.

Obviously, this information was not always available. Authors have no obligation to provide readers any personal or identifying details and obviously there is a large margin for error when making judgements based on pictures and small self-descriptions. But I felt it was enough to garner an understanding of my own unconscious behaviors. 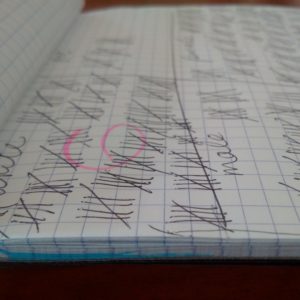 What I found was in some ways not surprising, but horridly disappointing in others. The books I’ve read so far this year, have been overwhelmingly written by straight, white women. That’s not a surprise, really. I read a lot of PNR and M/M romance, both genres written largely by straight, white women. But even as a person who thinks of herself as someone who makes an effort to be inclusive and seeks out diverse reads, I failed miserably in reading authors of color.

When I finished, I thought surely I had missed a batch of books somewhere. In fact, in the beginning, I thought I might just survey a sample of the books read, but I kept going hoping my numbers would average out. They never did.

I could pass off blame for this to publishers; they’re not publishing books by non-white or majority authors. But that ignores the fact that it’s my own responsibility to seek those authors out and a lackadaisical, “I want to read more non-majority authors” isn’t enough.

Kelly, the author of the initial post, says, “Here is the thing with this, though: you can’t pride yourself on being open and aware of who you’re reading.” And while I think she’s meaning don’t get all puffed up and proud because you’re doing something that you should be doing anyway. There’s no extra credit for being a decent human being. I also think the point can be stretched to remind readers that engaging diversity is not something that happens passively. I just proved this to myself.

I have good intentions, everyday I do and I’m proud of that. But that has not translated into measurable actions and without those, all my good feelings about myself and my place in the social justice arena are fairly hollow. Had someone else done this survey of my reading, I think they’d be within their rights to call me a naive hypocrite; thinking myself more ‘woke’ than I actually am.

And while I don’t want to come across all, “Hey look at me. I’m doing something. Aren’t I special and deserving of praise? ” I want to take an opportunity to put myself on alert, to acknowledge that I am failing and make a concrete effort to improve. There are four months left in the year and I think I can reasonably double the number of books by people of color I’ve read. This is both a testament to my desire to do better and how few I’ve read to begin with.

If this is an area you are interested in, I suggest giving Kelly’s post over at Stacked Books a read and then taking a critical look at the books you’re reading. Unless you are already making a concerted effort, they may not turn out to be as inclusive as you think. Mine sure didn’t.

2 thoughts on “Reframing my commitment to read diversely”