Revenge De Los Muertos, by Talis Jones was promoed on Sadie’s Spotlight and, as it happens, I won a copy of it. 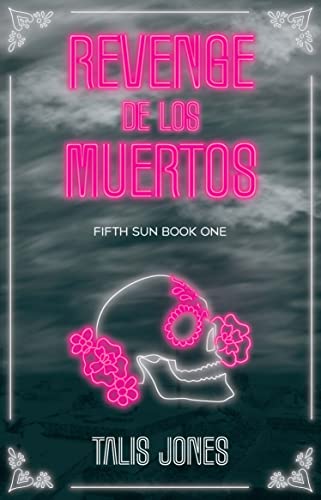 Selah’s biggest dilemma was trying to decide what to study in college. That is, until she stumbled across a clue to the grandparents she’d never met and hopped on a plane to Mexico where she would discover an entire hidden world of magic and monsters. Her best friend was a bruja, the Chupacabra was more than a myth, and she’d inadvertently caught the attention of the terrifying Blood King with golden eyes. What started as a two-week vacation quickly devolved into an adventure she might never return from.

Día de los Muertos had almost arrived and the monsters were on the hunt.

I have mixed feelings about this book. I liked the idea of it, the culture the setting immerses the reader in, and the writing is easily readable. But I also feel like the main character was a wet rag who passively floated through the whole book, with the exception of one deus ex machina save toward the end. And even it happened without any active volition on her part. What’s more, most of the book (up until about 80% mark) focused on flirting, and dinners, and the daily minutia of vacationing and making friends. I was just a tad bored with the whole pedestrian affair.

None of that is to say this book is bad. It’s not. It introduces some interesting mythos and supernatural creatures. I think it just wasn’t exactly what I wanted it to be. 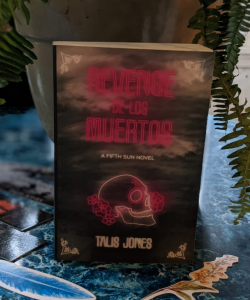