I picked up Poppy Dennison‘s Triad Series from my local e-lending library. 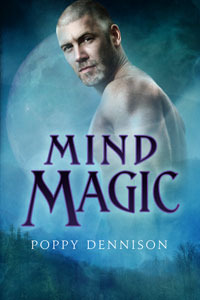 Description:
Magical species must never mix. According to the rules, Simon Osborne should ignore the children’s cries for help. After all, they’re werewolf cubs, and he’s an apprentice mage. But for once in his life, Simon breaks the rules and rescues the cubs, saving them from a demon intent on draining them of their magic.

Of course, all actions have consequences, and Simon’s bold move earns him the displeasure of his peers and the attention of the cubs’ alpha, a man named Gray Townsend.

The last thing Gray needs is a mage in his life, but Simon did save his son. Since Simon is now a friend of the pack, Gray doesn’t have much choice about it—or the forbidden attraction that goes along with it. Unfortunately for the alpha, he needs Simon’s help to track down the demon behind the kidnappings—before it strikes again. Simon and Gray must join forces to protect the pack, even as they struggle to resist the temptation that threatens to destroy them both.

Review:
A lightly amusing book but heavy-handed and inelegant. It was well edited, but the writing was really stiff. Names were used far too often to feel natural and the plot progressed seemingly without need of the characters. Certainly, they never appeared to put much effort into anything, as problems were so easily overcome.

While both Simon and Gray were likeable characters, everything about the book felt rushed. The romance was almost instantaneous, with no buildup at all. The fights were won in a matter paragraphs. The bad guy was defeated almost effortlessly. And the vast majority of the book was dedicated to domestic affairs—BBQs, sleeping arrangements, bonding with children, getting to know relatives, etc.

If you’re looking for an action-packed m/m PNR, this is not the book for you. If you’re more interested in comfortable, heartfelt declarations of eternal love, it might be. Me, personally, I have very little use for so many floating hearts and flowers. Meh. 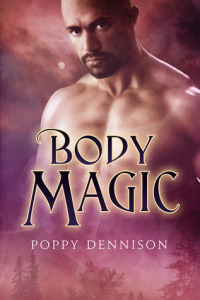 Description:
A pack is only as strong as its weakest member. Rocky Harris knows how the system works. He’s been on the bottom rung his whole life. But when his alpha consigns him to the High Moon Pack to help them improve security, he finds his beliefs not just challenged but outright assaulted.

Cade Montgomery’s confidence took a hit when the pack’s cubs were kidnapped on his watch. He’s prepared to do anything to protect his family, even if it means working with Rocky. Maybe Cade doesn’t trust Rocky, but with the turmoil surrounding pack Alpha Gray’s unpopular decision to break tradition and mate with a mage named Simon, Cade knows more threats are coming.

Then someone declares war on shifters and puts the entire pack in danger. Cade and Rocky will need each other’s strengths to survive the impending battle—and the power of their growing attraction.

Review:
This book had a few qualities I love finding in m/m romances—a romantic lead that’s not cookie-cutter white (not one of  the main couple, but still a main character), a mixing up the standard sex roles (letting the little guy top), etc. And I honestly found the writing less stiff and off-putting than in book one, though I still think names were used too often in dialogue. So, for the right reader this will probably be a real winner.

However, despite involving werewolves, mages and vampires it still felt very, very much like the main focus of the book was domesticity. A LOT of time is spent watching Simon marvel at how wonderful it is to suddenly find himself part of a family, or how much he now loves Gray, or what it feels like to suddenly realise he’s a stepfather, etc. Which is fine, of course, but not what I would have expected from the synopsis.

Further, and even more irritating, Cade and Rocky, who I thought the book would be about, are mere side characters and their romance is little more than a distraction. I felt the same way about the ‘danger to the pack’ subplot. It was barely hinted at and overcome easily. Again, the main plot was happy homemaking. And unfortunately I’m just not into that. 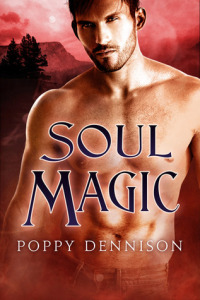 Description:
Blood runs soul-deep. Cormac hasn’t been the same since the night the High Moon Pack was attacked. With his magic weakened, he’s consumed by a bloodlust he hasn’t felt since he first became a vampire. His need to replenish his power makes him a danger to his last remaining family member, and his hunger makes him careless. And that’s just the beginning of his troubles. Feeding from pack beta Liam Benson was supposed to slake his appetite, not leave him craving more.

Simon Osborne and Gray Townsend are trying to fight a being history says shouldn’t exist—one with all three types of magic. The pack must use all of their resources to combat the mysterious triad, even turning to the shady Council of Mages for help. While Cormac struggles to reconcile his past failures with his current desires, Simon must attempt the impossible: an alliance between mind, body, and soul.

Review:
OK, I know that m/m romance is often (maybe even more often than not) targeted toward women and the characters and their relationships mirror m/f relationships, using a man as an avatar of sorts. I get that. I don’t read m/m romance expecting realistic gay relationships or characters. It’s a plus when they show up, but I know not to expect it on the whole.

Having said all that I was disturbed by how strongly and recognisably Simon’s character evolved into that of a mother in this book. Everything from the way he couldn’t or wouldn’t focus on anything before or beyond the safety of the children, to his propensity to cry, to his manner of overcoming the antagonist by sacrificing himself (a strong and often used trope for female characters) screamed mama and I found it an unfortunate simplification of his character. It was like all of his other character traits were washed out.

The writing here was fine. Even the tendency to overuse names/titles in dialogue, that I’ve complained of in both the previous books, only showed up in the children’s dialogue. (Though, it showed up in almost every sentence out of Garon or Riley’s mouth.) However, I have to say there was a whole lot more time dedicated to strategy planning and what-if discussions than actual action. Honestly, I was a bit bored by it all.

Further, Liam and Cormac’s relationship was at most a minor side story. There was no buildup or development. It felt like all of that was supposed to have come previously, but just because the men knew each other doesn’t mean the reader had seen a relationship develop. I’ll admit that the scene when they went hunting together was probably the hottest of the series (and it almost wasn’t even a sex scene, ’cause the following sex wasn’t as hot as the hunt), but it wasn’t enough to carry their story arc. It just felt like either a distraction from the main plot or a woefully underdeveloped story of its own. Too bad, I think they may have been my favorite pairing. 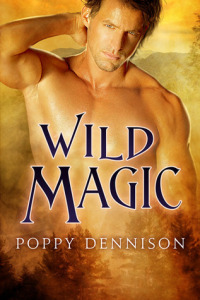 Description:
Joseph Anderson was heartbroken when his childhood best friend Dominick Levent moved away. Years later, Joseph is a successful real estate broker with good friends, an easy smile, and a stunning house. When he finds a dying mountain lion who miraculously shifts into Dominick’s sister, Joseph must find Dominick and reunite him with the two young sons she left behind.

When mountain lion shifter Dominick gets a call telling him his sister is dead, he rushes home to protect his nephews and avenge his sister. Seeing Joseph brings back the feelings Dominick tried to bury and he dares to hope Joseph’s newfound knowledge of shifters means they can finally be together.

Review:
This is by far the weakest offering of the Triad series. It felt much more like an extended epilogue to address what happened to Riley’s little friends Avery and Blake (who are introduced at the end of Soul Magic) than an actual book or story of its own. Its timeline runs concurrent to most of the last book and it essentially answers the question, when Riley was being adopted by Simon, Avery and Blake were doing what?

It’s only about half as long as the other books. It also doesn’t involve a certain type of magic (mind, body or soul), which means I don’t know what the title is supposed to refer to. But worst of all, there isn’t much in line of a plot. Avery and Blake’s uncle is called back from overseas to raise them, he doesn’t know what he’ll do, his old best friend helps, they of course fall (back) in love, and eventually they merge with the High Moon Pack and have a happy ending.

Sure, it’s a feel-good, but it’s also booooring and predictable. Even worse, it doesn’t even bother with the important parts of the little bit it has. For example, after living together for a month or so while Dom tries to settle things to raise the boys Joseph takes him house-hunting. Dom finds fault with all the houses because he really just wants Joseph to ask him to stay with him. But the reader hadn’t been given even one flirty, sexy, UST, loving, etc scene. NOTHING. We’d seen Dom’s first day of work, the boys and Joseph cooking dinner with the token female BFF and that sort of thing, but nothing between Dom and Joseph. So, the reader has no emotional investment in the relationship, it doesn’t feel natural, and honestly I just couldn’t be bothered to care.

I think this series has always been about men loving their kids and families. I’ll grant that that touches an easily twanged “awww” string in me (and probably most women), but my this particular book didn’t put enough effort into the men, the kids or the family to pull it off. At the end they remained 3 distinct things and unless merged together they just don’t have any notable effect.