I downloaded the Hidden Talents series, by Claire Cray, from the Amazon freebie list. (Well, I paid $0.99 for the seventh, but the first six were free.)

Description from Goodreads:
Talents: Born with physical and psychic abilities beyond human understanding, these flawed forces of nature burn desperate paths through their own shadowy world ruled by sex, power, and madness. 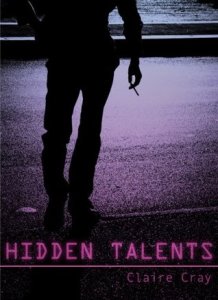 Review:
The book started stronger than it finished. It began with one predominate POV and then, about half way through, added new POVs into the mix. This was both jarring and, I think, weakened the story, as the reader had no real connection to those characters yet.

This was exacerbated by the narrator’s tendency to casually throw in information that the reader hadn’t yet been given. For example, at one point Jin had twice asked another character for his name and been given a fake one in response. Then in the next paragraph that character was referred to by his true name. I was confused on two fronts, who was this new character suddenly introduced and then, once I figured out that it was the same character Jin was asking for a name, I was left wondering when Jin figured it out. This sort of thing happened more than once. I understand that Jin is a telepath and he’s likely supposed to have read this information from the person’s mind, but the reader isn’t and it’s confusing.

Late in the novella the plot also started to expand and the reader was given a lot of history that felt very baseless and confusing. I felt as if I had missed a first book somewhere. Then it just randomly ended. I can’t even call it a cliffhanger as there is no single event left uncompleted. It really just felt like I had read the first few chapters of a book and then set it aside for the night.

Where it ended felt completely random. As the author has written at least seven novellas in the series, I cannot for the life of me figure out why it was broken up so and not just a novel. If it wasn’t permafree I’d call it a scam to make more money and I’d be really P.O.ed if I’d paid for something that felt so halfhearted.

Having said all that, the writing is good. Jin has a pleasantly sarcastic voice and personality (even if he does skate the edge of too irreverent to believe). Sky and Ken have an interesting history and I like that the author isn’t afraid to allow trauma to have happened to children. Don’t get me wrong, I don’t want any child to have to suffer, but a lot of authors are afraid to go there and it’s unrealistic. Children who grow up in abusive environments get abused. Pretending otherwise (even by virtue of refusing to cast an author’s eye in that direction) is a weakness in my opinion.

I’m not sure what I think of the Mike/Dylan/Jen portion of the story, however. I think that’s where things started falling apart for me. It felt tacked on and the reader is just told this, this and this happened in the past. Meh.

All in all, I’m looking forward to the next instalment and I’m keeping my fingers crossed. I could see the series going either way, either getting really good or spiralling into such a weakly supported tangle as to become unreadable. 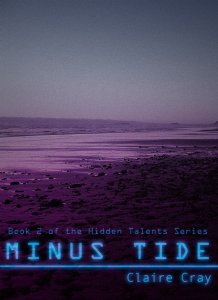 Review:
I think this one was actually an improvement on the first. It was more consistent. I enjoyed getting to know some of the characters more; Jin continued sarcasm and the Sky/Ken drama. Plus, Mark and Jin’s night together was hot. Again, like the first volume, I have no idea why the book ended where it did or even why this is a series of novellas instead of a single book. It’s very obviously a single story. I anticipate feeling the same way at the end of each novella. 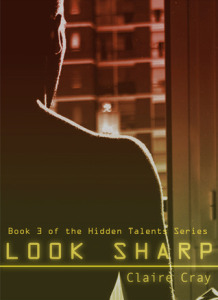 Review:
I think the series is getting better as it goes along…or maybe I’ve just gotten to roughly the middle of the “book” this series of novellas obviously should have been. You know how a book often picks up in the middle, once you’ve met all the characters and the plot is established enough to progress without needing to interrupt itself with explanations? Yep, that’s where the story is at this point.

I am finding that I would like a little more world-building. I’m confused about characters’ ability to die and come back. How does that work? What about the bodies? Plus, if people so readily come back from the dead, why is everyone mourning Luke’s death? Similarly, I am befuddled about people’s ages. Everyone seems to be in their mid-twenties or younger, but a couple have been together (like, together-together) for 8-9 years. Jin is 22, Ken is younger while Mark and Lip are older. The rest I don’t know about and I don’t know how much older or younger those characters are than Jin. So, I don’t know how to visualise them. I am still enjoying the story, however.

OK, I’m going to stop reviewing these individually. This is patently one single story and trying to review each volume is starting to feel like I’ve stopped every 10 or so chapters to write a partial review. It’s becoming ridiculous.

I’ve now read up to book seven. Luckily, in the Note From the Author, at the end of Get Higher, she mentioned “two more books.” So, at least I now know how much more to expect. I know I’ve harped on about it, but the fact that this story is broken up into (apparently) 9 separate volumes is one of only two real complaints with ‘the series.’ The second is how much history is glossed over, considering how important it is to the events of the book’s present. This sadly includes a lot of the character development and worldbuilding. The reader really is left to just kind of catch up where they can as the events unwind.

I like those characters we get to know. (We don’t get to know all of them, even when they play a significant role in things.) Jackson’s decidedly Machiavellian plan is starting to come to fruition and it’s interesting. The sex is often hot. I especially liked the way Jin all but worships Ken.

Pending the next two books come out soon enough that I even still remember that I read the first seven, I’ll be finishing the series out. (Will probably still be grumbling about the serialisation though.) I’ve enjoyed the sarcasm and the narrative voice a lot. The writing and editing is pretty good (especially for freebies) and I like the gritty feel of it all.