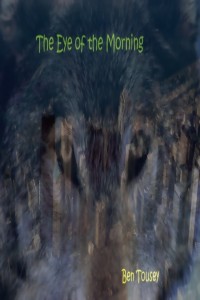 Description from Goodreads:
Jeff Laurent teaches night school at a downtown Seattle alternative high school—and he is dying from leukemia. While he knows he’s dying, he doesn’t know that somebody wants his soul after he dies.

Can he beat death before it turns him into a monster?

It all begins with a chance encounter at a local bar. Jeff meets a beautiful man called “Ogre,” who looks like a cross between an angel and a demon: beautiful and powerful, but dark and sinister. He looks to Jeff like the combination of Archangel Michael, and Lucifer.

Ogre uses Jeff’s attraction to his advantage, and poisons Jeff. Now that poison is working its way through Jeff’s body, taking over, creating evil out of what was once compassion, destroying Jeff in ways the leukemia never could.

However, Ogre’s poison has an unplanned effect. Ogre’s victims, those whose lives have already been taken, are turning to Jeff for help, who somehow has the power to guide them away from their tortured existence.

What happens when a vampire crosses the line into shamanism? Is this even possible?

Review:
This is a perfect example of a good story marred by bad execution. Structurally the writing was ok, though it was simplistic and not particularly engaging. It was inconsistent though. It vacillated between being smooth and, for example, deteriorating into two page detailed descriptions of a walking route or ‘tell’ heavy passages. (Though, to be fair, it does get better as the book progresses.)

The editing isn’t even too bad for an indie/SP book. I noticed some copy edit mishaps, but not enough to rant about. It could use a content edit though. There are a couple places in need of attention. For example, Jeff’s shirt gets untucked, his belt unbuckled and his fly unzipped twice in one sex scene. The head-hopping could also be shored up. The editing’s not too bad overall, but the story…the story is just vague and all over the place.

There seems to be a religious (that’s Christian) undertone to the book that I can only imagine will get stronger as the series progresses. Having that sneak up on me is a pet peeve of mine and I find that, since authors who choose to prosthelytize by sneak attack often have an agenda, it often also feels shoehorned into a plot or dialogue.

But even more than that I often wasn’t clear on exactly what was happening, what things meant and/or if some things were symbolic or literal. For example, characters frequently saw things in other people’s eyes (storm clouds, lightning, etc). I initially thought this was just purple prose for intense emotion, but as the book went on and this cropped up again and again and the way it was written made me doubt that assessment.  Perhaps the vagueness was intended to leave things feeling mysterious, but I just felt like the book was too opaque to enjoy.

Plus, Jeff seemed to accept everything with such aplomb that I wanted to scream. For example, in the beginning he meets a man in a bar. The man sticks his finger in Jeff’s mouth and he tastes his own blood. But never reacts to a stranger sticking his finger in his mouth or wonders why he’s tasting blood or even seems to notice it. And that’s before any of the paranormal stuff starts. Tim does all sorts of questionable things in front of him and he never notices it. He’s too dense to be believed and clueless forever.

Then there were all Jeff’s protests about sex. It was redundant. I got extremely tired of it. And I didn’t even get good sex scenes to make up for it. There was no for-play or buildup and no lube. Just shove it in dry and pound away. Not sexy and I can’t imagine what Jeff was supposed to have fallen in love with.

The “oh, no, Tim, we can’t” wasn’t the only thing on repeat. Jeff was in a bad place in his life. I get that, but man oh man did he go on about it. There was a real sense of repetition to the book. It also ended quite abruptly.

All in all, not a total fail and I really liked the idea of the story and even the characters (or what the characters are meant to represent) but the actual book itself didn’t much appeal to me.

Oh, and that cover is a disaster! It needs an intervention in a big way. 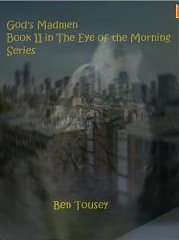 Description from Goodread:
Life comes with a quandary. It always ends, and it ends badly. And while you may live only a few years, you’ll be dead for millennia. Still, being dead isn’t everything it’s cracked up to be. Life is an ironic bitch and Death has no sense of humor.

If Jeff thought that life was complicated, his death is downright problematic. Ogre has discovered that Jeff is journeying to the door, carrying Ogre’s victims with him. Now Ogre is out for revenge. He has found a way into Jeff’s own mind and he’s determined to use that ingress to destroy everyone close to Jeff while at the same time forcing Jeff stand by helplessly and watch.

There’s only one way Jeff can save himself and those he loves. He must make the most treacherous journey he’s ever had to make. He’s got to find his own soul and convince it to return to him.

Being a vampire isn’t as romantic as it looks in the movies. Now that Jeff is dead, he has to figure out how to survive… Who knew that death was so much work? Dracula made this look so easy.

Review:
The writing in book one got stronger as the book progressed, so I took a chance on continuing into book two of this series. I’m afraid I was even less impressed with it than I was with book one.

I don’t want to be mean, but the writing feels very amateurish. It’s very heavily tell (as opposed to show), which means a lot of “he knew,” “he could tell,” “he sensed,” “he saw,” “he felt,” etc. I’m tempted to say that the only parts of the book that were written in a showing manner was dialogue, but I didn’t keep a log or anything.

Plus, names were used too frequently to feel natural, the head-hopping was dizzying and editing was a mess. I highlighted a lot of passages that contradicted other parts of the book, or where character knew things they shouldn’t have been able to (or at least the reader never saw any reason for them to know), or where scenes were essentially repeated from book one. For example, a character named Shirley spoke poorly of Jeff and Jeff overheard her. He then said he never knew she was such a mean person. However, in book one he’d overheard her saying almost exactly the same thing (I mean as in almost the same scene, not repeating herself) and confronted her about it. So, either this is a mistake or he obviously did know.

Then there is also the whole Christian subtext. Here’s an example:

What Jeff was considering was an idea that there was something that could protect his mind. That idea expressed itself as the word “garlic,” but what might that idea be? The word God shot through his mind, and when it did, Ogre visibly recoiled. “Is Ogre afraid of God?” Jeff wondered. The thought definitely worked. “What was it about God that Ogre feared?”

You know, I’m just not a fan of being surprised to find out midway through that a book is Christian Fiction. Nope.

The sex in this one was no better than in the first one either. I didn’t feel the spark between Tim and Jeff in general, but I sure didn’t feel it in the bedroom. All the sex scenes are pretty dry and there is just no romance to any of it.

The book also has a number of threads that aren’t tied to anything or satisfactorily explained. There’s the whole Jessie/hunter drama, hints about Tim’s past, the mystery of the snake and the panther and the convenient shaman that showed up at the end. Not to mention how everyone in the class seemed to always know everything about everything and no one freaked out even a little bit.

Ogre, the villain, is hardly even a paper cutout. He shows up in the book once and is easily brushed off. Jeff is told he’s E.V.I.L. and he believes it, as the reader is expected to, but Ogre isn’t in the book enough to feel it. What’s worse, if he’s so evil, the reader needs some sort of explanation for the fact that Jeff saw him as so angelic in the beginning. This is never touched on.

But most problematic for me was the ease and essentially deus ex machina with which Jeff always seemed to develop some convenient new ability or ally when he needed something to get done. Sometimes it was even worse and he did things  ‘intuitively’ or without even meaning to. Nope, that never ever works for me. It especially didn’t work for me since Jeff seemed too dense to do otherwise.

I technically have the third book, but I don’t think I’m going to read it. (And, also like book one, someone needs to salvage that cover. It’s a mess.)