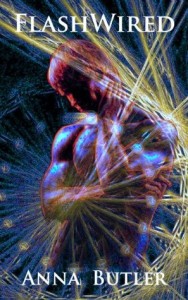 Description from Goodreads:
One day, someday soon, Jeeze Madrid was going to wake up and realize just what he’d been passing up; he’d see what Cal Paxton was offering him so faithfully—”Faithfully, Jeeze! Even you can’t deny that!”—and grab it. And they’d finally have what Cal wanted.

Cal Paxton and Jeeze Madrid are the top scouting team on the Pathfinder-class starship, the Carson, on the very outer edge of Earth’s expansion across the galaxy. A Pathfinder’s job is to evaluate planets for colonization. Cal’s and Jeeze’s job is to find the planets for the Carson’s scientists to analyze.

Cal and Jeeze are wingmen, best friends… and lovers. Cal wants more than a casual relationship but Jeeze, recently divorced, is wary of commitment. When Jeeze is shot down over a planet inhabited by a race Earth has never before encountered, what will Cal find when the Carson can finally mount a rescue mission? Will he ever succeed in persuading Jeeze to take up that offer of hand and heart?

Review:
This was almost really good. After a jerky first few paragraphs it smooths out into a pleasant story. Cal’s love for Jeeze is really sweet and you definitely feel it. Jeeze you don’t get much of a feel for, but he’s an understandable object of affection for Cal. You get the start of an interesting world/universe and even some interesting side characters. Noah and Veronica especially caught my attention.

Unfortunately, however, after all that initial set up, the story peters out in more ways than one. The rescue went FAR too smoothly, involving too many contrivances and conveyances. Then it ends without concluding in any manner. It’s not so much a cliffhanger as a sense of waiting. But all of the threads are left open.

Perhaps this is the first in a series. I don’t know. The writing was strong enough that I’d be willing to follow the story, but I’m not fond of the serial format of publishing a story.