Since the last two books for my Omega Weekend Challenge turned out to both be short(ish) stories by the same person (Wolf Specter), I’ve just combined them into one post. Here are Omega’s Touch and Omega’s Fate. 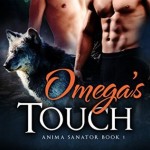 Description from Goodreads:
An Omega who can kill with a Touch. An Alpha determined to save his son. Will they clash- or will they accept their bond?

Brilliant, indolent Dilyn spent years hiding his power as an Omega. He doesn’t want to bond to an Alpha, doesn’t want to lose control of his life, or his gift. But when called upon by his Alpha to do something useful, Dilyn reluctantly travels to a strange pack in order to Heal a dangerously injured new wolf.

Gwyr promises he won’t try and bond the Omega to him. But resolve flees when he sees the snarky young wolf for the first time. His wolf knows they were meant to be together- but Gwyr can’t break his word. And Healing his son, Tanner, is more important than convincing a skittish Omega that he is worth the risk.

Dilyn struggles to Heal, struggles to retain his independence in the face of unexpected temptation… should he trust that Gwyr isn’t a tyrant, but is an Alpha willing to allow Dilyn his freedom? Is a mate bond worth risking freedom?

Review:
Hmmm, simplistic and rushed but not all together bad. Characters seemed to  make instant, unprovoked changes in attitudes and the bit at the end, about dragons, seemed irrelevant (probably for a future book).

My main problem with this, however, was the way Dilyn was forced into something he didn’t want. It’s clear from beginning to end that he doesn’t want to mate, but he’s forced to anyway. And I simply couldn’t believe that love was supposed to have developed  (making it all ok in theory) when the whole danger to Dilyn in the first place was that ANY ALPHA WOULD BE ATTRACTED TO ANY OMEGA AND TRY TO CLAIM HIM, which suggests to me that there was nothing any more special between him and Gwyr that any other alpha and omega, no matter how hard the author tried to pretend that the world she set up didn’t work the way she set it up. 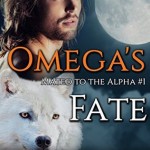 Description from Goodreads:
The Mating Ball used to be a yearly event where bachelor Alpha werewolves meet potential mates, but now it’s a party mostly used to hook up with as many people as you can.

Ethan, one of the humans hired to entertain the werewolves, goes into the event with only one expectation: getting paid for having fun. The prospect of maybe meeting an Alpha female is only a bonus.

Max, a successful Alpha, has been getting pressure from all sides to settle down and prove his Alpha genes. Two problems: he doesn’t believe that the Mating Ball works and he is only interested in men.

Once there, he meets Ethan, who catches his attention immediately, but the man insists that he isn’t gay, or interested in Max. As the ball comes to an end, the two men can no longer deny their attraction and take off together. Only to wake up to a very special surprise.

Review:
You know how sometimes when you listen to an audiobook you can put it on faster than real life? That’s what this story is like. The plot rockets at an unfollowable pace. The characters morph from screeching harpy, to sulking child, to hesitant lover, to enthusiastic lover, to morning sickness at light speed. The Mpreg is thrown in at the last as unbelievable attempt at a twist. The world isn’t explained at all. I’m not even certain if Omegas are wolves or the humans who come to the party. I don’t know if they actually mated for life or just mated, as in had sex. The reader isn’t given enough information and the whole thing is just ridiculous. The idea could have been interesting if had actually been developed. But it hasn’t been and that negates any charm it might have had.