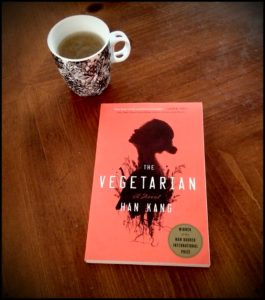 I received a copy of Han Kang‘s The Vegetarian through Blogging For Books.

Description from Goodreads:
Before the nightmare, Yeong-hye and her husband lived an ordinary life. But when splintering, blood-soaked images start haunting her thoughts, Yeong-hye decides to purge her mind and renounce eating meat. In a country where societal mores are strictly obeyed, Yeong-hye’s decision to embrace a more “plant-like” existence is a shocking act of subversion. And as her passive rebellion manifests in ever more extreme and frightening forms, scandal, abuse, and estrangement begin to send Yeong-hye spiraling deep into the spaces of her fantasy. In a complete metamorphosis of both mind and body, her now dangerous endeavor will take Yeong-hye—impossibly, ecstatically, tragically—far from her once-known self altogether.

A disturbing, yet beautifully composed narrative told in three parts, The Vegetarian is an allegorical novel about modern day South Korea, but also a story of obsession, choice, and our faltering attempts to understand others, from one imprisoned body to another.

Review:
This was nothing like I expected, which isn’ a bad thing. Translated from Korean, a lot of it hinges on the culture in which it is set, but not so much that you can’t understand it. As expected, it is a book about Yeong-hye, who chooses one day to become vegetarian. Unexpectedly, however, she’s not the subject of the book. She’s the object. She is the point on which people around her revolve, for better or worse. In fact, she hardly speaks in the book and those few words she does utter are almost all, “I don’t eat meat.” But that single decision on her part has disastrous ripples. Many of which reveal weaknesses in the relationships around her, if not simply the people.

This is one of those books in which no one is happy, no one at all. Possibly Yeong-hye, but I suspect not. (Though I also think she’s changing that.) The first part of the book is from the perspective of Yeong-hye’s selfish, disinterested husband, who views Yeong-hye with disguised disgust. The second, from that of her brother-in-law, who finds in her an object of obsession. And finally from that of her sister, for whom Yeong-hye is both an instigator of guilt and envy. It’s in her I found what I thought to be the most important passage of the book, the closest thing to a theme I identified, even. 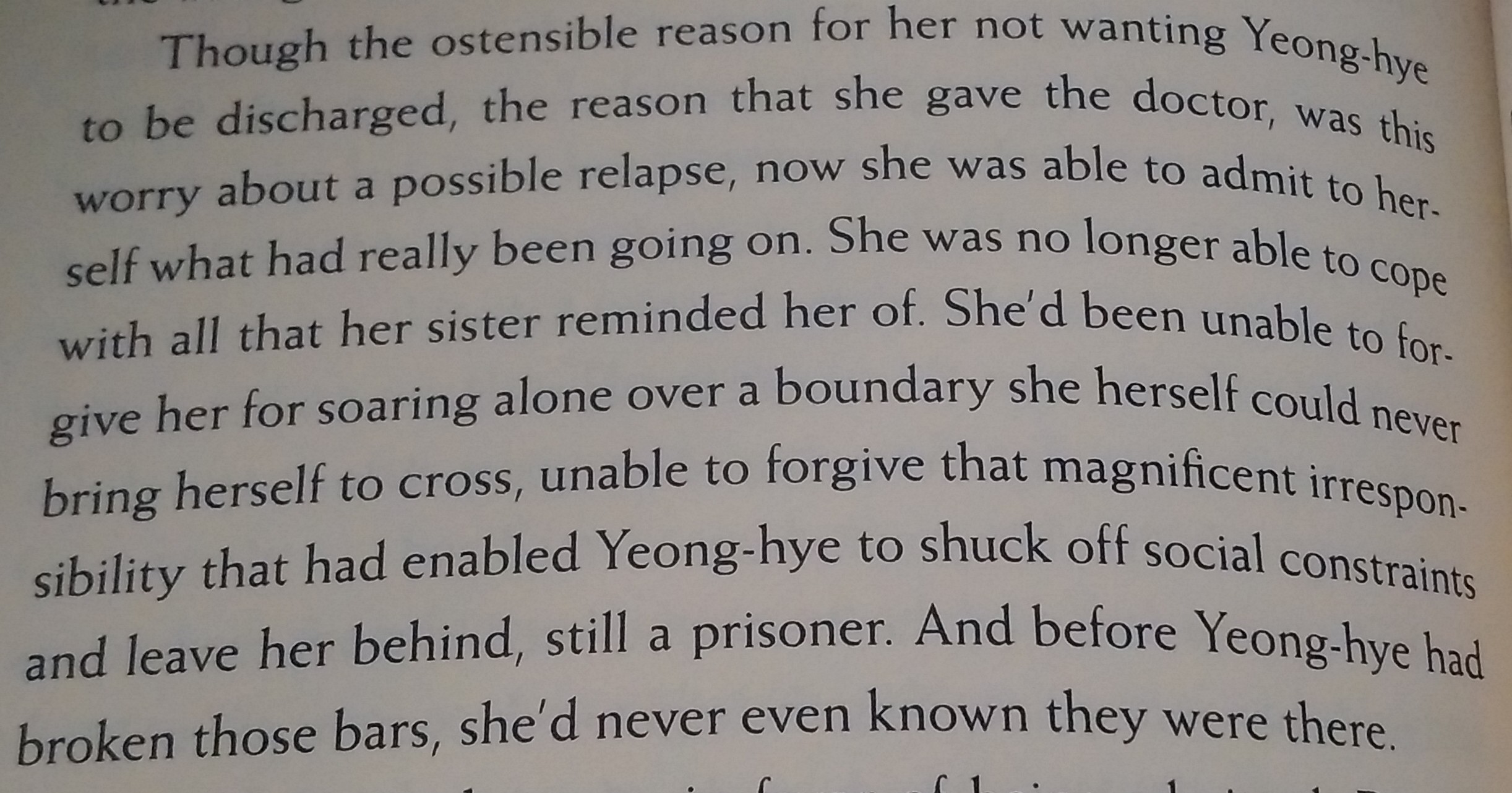 While the writing in The Vegetarian is lovely, haunting even, as the blurb asserts, it is one of those books that ends without telling you what it’s about. It requires you to figure it out on your own. To choose for yourself. I choose to believe it is a book about social constrains and personal agency. It’s the easiest choice, next to she’s just crazy, perhaps, not as deep as some others may choose but the one I like.

All in all, I certainly see why it won the Man Booker International Prize and have no problem recommending it to readers.