I’ve had Judy Teel’s Shifty Magic floating around in my Kindle cloud since May of 2015. So, it’s been around a while. I think I picked it up as a kindle freebie. 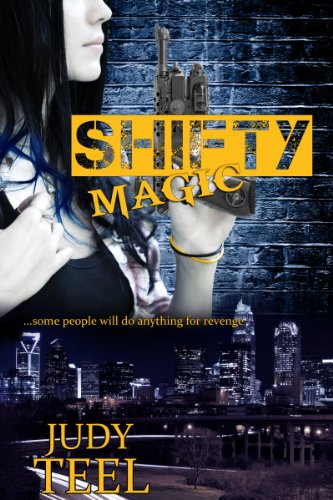 A tough teenaged girl hunts a serial killer in a paranormal dystopian world.

Abandoned at birth, Addison Kittner’s been on her own since she was a kid–ever since the paranormal terrorists attacked cities around the world. Battling creatures that go bump in the night nearly destroyed human society. Good thing not all paranormals were evil and the terrorists were eventually stopped. Bad thing? Nothing would ever be the same again.

Now Addison makes her living as a private investigator and bounty hunter. One night she comes across a girl about to be killed by three rogue vampires. Addison kicks some vamp butt and saves the girl, even when one of the vamps escapes. Just her luck, he turns up dead the next morning, inspiring the vampire leaders to put pressure on her to solve the case or take the rap. As if that wasn’t bad enough, her ex-lover, werewolf FBI agent, Cooper Daine, approaches her and gives her an offer she can’t refuse…a paycheck. Mixing business with lust is never a good idea, but neither is starving, so she accepts.

But as the body count builds, Addison finds herself embroiled in an ever deepening and dangerous mystery. One that leads her to something frighteningly personal. Her unknown heritage.

I didn’t think this was bad in any explicit way, but it wasn’t outstanding either. I liked the characters well enough, it was perfectly readable, and I don’t remember any horrendous editing mishaps. But I struggled to connect with anyone or anything, and I REALLY thought the book would have been better served if the heroine had been older than just turned 19. Nothing about her felt 19. Not her jadedness, behavior, skill, or level of knowledge (these things take time to develop), not the love interest that is said to about ~3x her age, or her internal monologue, nothing. Plus, the book didn’t particularly feel YA (not that it has to be just because it has a teen heroine). I can’t know, obviously, but it felt like the author just made her that young so she could catch the YA wave of a few years back (when the book was published). But it felt jarringly wrong. All in all, not horrible. I’d read another. But I’m not rushing out to buy book two either. 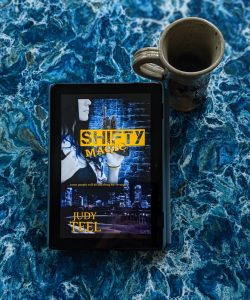