I accepted a review copy of A.E. Bennett’s Yours and Mine through Travelling Pages Tours. The series was also featured over on Sadie’s Spotlight. 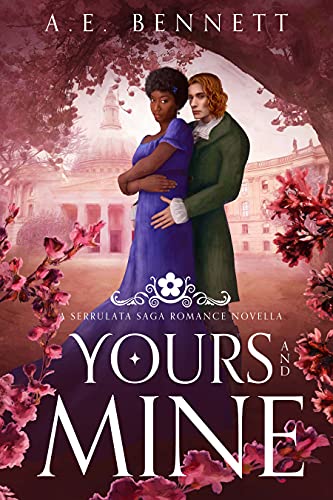 She told a lie. He confirmed it. Now they’re secretly betrothed against their families’ wishes…

Lady Octavia Dorchester is the most desired young lady in the Realm. Now that she has twenty years behind her, society has deemed her ready to marry. Although she’s not enthusiastic, she promises to act like a proper lady and look for a good husband—just like her powerful father Lord Roman Dorchester wants.

Lord Gerald Verte has been painfully shy his entire life. He’s never been comfortable in society and lives in the shadow of his older brother, the imposing Lord Tristian Verte. Despite his desires to remain indoors and away from people, he promises his older brother that he won’t shame the family name, no matter how much his anxiety threatens to overwhelm him.

After sharing a dance at a ball held in Octavia’s honor, both she and Gerald know what no one else believes—it’s love at first sight.

When their respective family members object to the match, Octavia lies about their betrothal and Gerald corroborates her story. Raising the ire of both Lords Dorchester and Verte, Octavia and Gerald are torn apart and kept from one another until tragedy strikes.

I really enjoyed this. Honestly, I’m always a little disappointed when an author has a chance to recreate society after some global devastation and chooses to recreate strict, oppressive gender hierarchies instead of equality. It says so much about humans that we’d rubber band back toward ignorance instead of widening our mindset. But Bennett does well with a heroine who has very forward thinking and rebellious attitudes. (Though one is left wondering where they came from if no one around her shares the ideals.)

But I adored Octavia. She saw what she wanted and went for it, societal opinions be damned. The ‘love’ was pretty instant though. And Gerald was just SO marvelously awkward and noble. I think it would be impossible not to adore the most cinnamony cinnamon roll to ever be written.

This is a novella—only 117 pages. So, it lacks world-building. Magic is mentioned, for example, that plays no roll in the story. One assumes it is relevant in the next book though. All in all, I finished this pleased and will happily read another Bennett book. 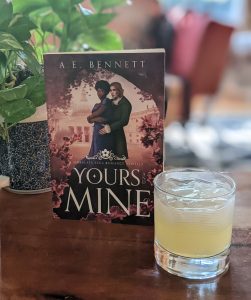 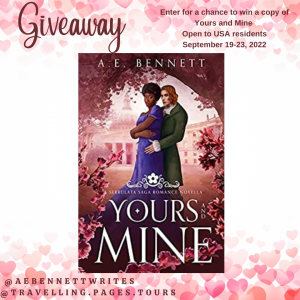 Yours and Mine by A.E. Bennett – Book review