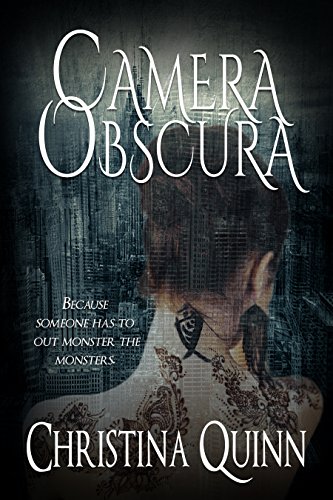 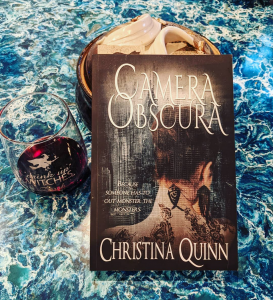 I grabbed a copy of The Boys of Lake Cliff, by K. Sterling when it had a free day back in 2018. I didn’t really remember than when I accepted an Audible copy of Hide and Keep recently. But having finished that first book I was please to the rest it hidden in my kindle.

K. Sterling invites you to Lake Cliff to meet her most beloved heroes in this anthology of her Lake Cliff books.

Detective Lane West doesn’t do complicated. Especially when it comes to his personal life. Dr. Aiden Sharp is complicated. Complicated in ways Lane can barely get his mind around when he’s forced to babysit Aiden as a favor for the District Attorney. After that, things get very complicated.

Sage Bradley wants to make the world a better place. He’s handsome, smart, wealthy, a talented artist and always follows his heart. Unfortunately, someone wants him dead. Fate brings a mysterious man to Sage’s door and a romantic night turns into a tangled web of passion and danger.

Can you domesticate an international assassin? Can a criminal be reformed and play well with others?

Happily Ever After doesn’t always happen right away or as easily as you might imagine. Lavender must decide how much he’s willing to sacrifice for love and if he can make peace with his past.

Despite his hopes, fate isn’t ready to let Lane West settle into his own Happily Ever After peacefully. A new threat comes to Lake Cliff and he’s forced to team up with his worst nightmare.

This series begins with Aiden and Lane then switches briefly to Sage and Lavender before merging into the Lake Cliff books with all four characters.

Overall, this is one of those series that you academically understand isn’t great. The writing is passable, but the editing is a mess and nothing is believable in the slightest. But you somehow still want to know happens what next. Below are individual reviews.

Hide and Keep:*
This started out roughly for me and I wasn’t sure if I was going to like it. However, it quickly smoothed out and found its rhythm. I enjoyed it a lot by the end.

Granted, I have a strong suspicion that the representation of Aspergers Syndrom isn’t at all accurate (and I feel like that is a term not used anymore). But I also don’t feel like it represented people with Aspergers in any sort of derogatory way. So I chose to accept that this is a fictional book with a fictional representative. Much as I did with the detective and forensic expert aspect of the book. Neither was well developed or integral to the plot.

I also felt the book went on a few chapters (and an epilogue) too long after the story came to a natural conclusion, and other reviews say there are editing issues. I can’t say I noticed them in the audio version I listened to. All in all, this isn’t a perfect book, but I’m awful glad to have a compilation of the first five books.

Safe and Sound:
Meh. Felt very much like an interlude between two books or the beginning of something, but not a story in its own right. If the latter, why break it off into a separate work? I also found it repetitive. I still like the characters, but that’s about all.

Spark and Flame:
Again, meh, only ok. I still like the characters, but the editing is a bit rough and the plot bounces around and doesn’t flow particularly well.

In the Kill:
This was disappointing. It had what could have been two interesting characters, who just weren’t and what could have been a fun plot, but wasn’t. The editing is subpar and the writing feels very much like someone who knows how to plot and structure a novel, but just couldn’t be bothered. Everything about this is perfunctory. Only one character has even a veneer of backstory, the other is a cardboard stand-in. The sex is matter-of-fact and uninteresting; this after the insta-attraction. Nothing invites the reader to feel invested in it, not the story, the characters, the romance, the sex, nothing.

Hide and Kill:
I have to admit I enjoyed this more than all of the others, except for the first one. The reason is mostly because of the banter between Lavender and Lane. I found it implausible but humorous. Actually, the whole plot is ridiculous–the idea that the Chief of Police is willing to work with and stand beside an assassin, as he kills people, is absurd. Nothing about the plot felt natural. But I still laughed as two alpha men needled each other.

That’s about all the book has going for it though. This plotline official killed any belief that Lane is a good Chief of Police and therefore a lot of his credibility as a character. And in doing so, literally whittled all four characters down to sexual partners. Which is especially frustrating since all the sex felt like place holders, even more now that there are two couples for Sterling to give sex scenes to. They held no emotional impact and felt redundant.

Further, both Aiden and Sage are becoming progressively more child-like as the series goes on (Sage especially). What’s more, he reminded me of no one more than Shaggy of Scooby-Doo. So, not particularly sexy even.

Lastly, (and this is a spoiler) the book incorporates one of my most hated tropes. Readers, FYI, if someone in your past (even family) has been toxic and hurt you, you are not required to forgive them. Authors, if a family has abused or abandoned a character in the past, they don’t deserve a redemptive arc. Having that family show up all tears and apologies puts the obligation of forgiveness on the shoulders of the victim. This can be re-victimization a lot of times. And the fact that Sterling had this drop on Lavender out of nowhere and he responded positively, instead of simply saying, “Get them out of my house,” before walking away, felt out of character and unrealistic. From the very first words of the chapter in which I realized this trope was coming, I was angry and I finished the book angry when they were at the wedding. I hate this. It’s too often included for cheap feels (and I think it was here) and doesn’t give due diligence to the painful history of trauma.

Bleed and Seek:
Ah, what am I going to do with this series? It’s always been ridiculous but it just seems to get more so as it goes one. The writing quality is deteriorating and the editing has always been questionable. And with two couples to try and give time to, the sex scenes have become formulaic and redundant. (I skim them at this point.) But despite all that I live for the interaction of the men, or rather Lavender with Aiden and Lane. (That’s Lavender and Aiden or Lavender and Lane. Only in pairs, it seems.) I don’t feel Sage has ever been developed to the same degree. Though the next book looks like it’ll focus on him, so maybe that will change. I am interested in knowing what happens, but not rushing out to buy more.

*I technically reviewed this a few weeks back. But I’ll copy it in order to keep all the reviews together.