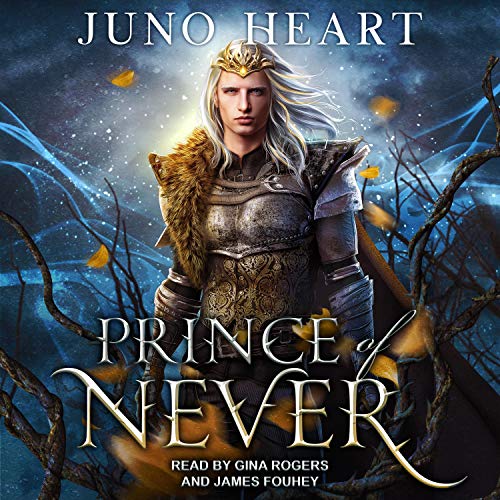 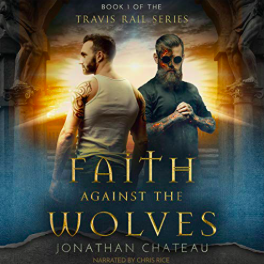 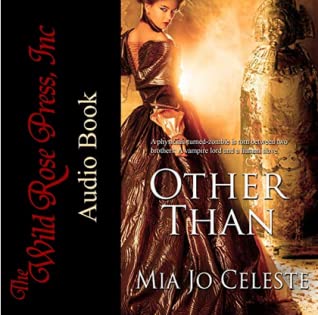 I picked up a free Audible code for Other Than, by Mia Jo Celeste, somewhere around the internet. I can’t say that I recall where though.

It only takes one drink from the Water of Immortality to kill Evie Woods—halfway. Trapped in undead flesh, the world’s last skin-slider wakens on an island purgatory where a cursed spring bubbles with immortality, and zombie cannibals crave living flesh. Her only hope of escape rests in the hands of the one man who would see her fail. Lord Victor Lowell, the man of her dreams and darkest nightmares. Contrary and intractable, Victor preys on others to maintain his angelic charisma and preternatural prowess.

Trapped in an ever escalating war they can’t stop, Victor and Evie fight time for a cure, but as the long days pass, blackness tears at Evie, ripping her thoughts from her one memory at a time. Victor will do whatever it takes to prevent her from deteriorating into a rotting husk, even if it means dooming himself, but Evie won’t surrender his soul without a fight.

I will admit this wasn’t anything like what I expected. The blurb’s reference to escape left me expecting a grand, sweeping tale of attempting to get off the cannibalistic island. It’s not that at all. In fact, it’s setting and plot are small and intimate instead, taking place almost entirely within the confines of a single plantation, with a relatively small cast. The thing is that even if it wasn’t what I expected I enjoyed it. It went directions I didn’t expect. The writing is sharp and the Keira Stevens did an excellent job with the narration.

It’s not without it’s problems though. In fact, I’d call it flat out problematic in some of it’s tropes and stereotypes. There’s the fact that it’s set on a plantation for one, and the hero is the lord of the manner. Now, the slaves in question aren’t black people, they’re the ‘zombies.’ But the people of color in the book are definitely represented in the same manner as slaves. They’re derogatorily referred to as ‘the darkies’ at least once, though to be fair that language came from a villain. (Actually, now that I’ve said all that, it’s never articulated that they aren’t actually enslaved, so maybe they are in addition to the zombies, as opposed to instead of.) Either way, it’s hard to see a slave owner as a hero and, while Victor is definitely shown to be trapped into doing some of the evil things he does, this one isn’t addressed at all.

Then there are some of those black characters. Most are fairly characterless, but the cook isn’t. She 100% fulfills the stock-character tropes of being both a “Mammy” and a “Magical Negro.” Large, joyous and female (but stripped of any sense of sexuality) existing solely to assist the white characters and containing the mystical knowledge and sacrificial fortitude to save them all. (In a bit of a twist, this mystical knowledge is the Christian God.)

And since I touched on femaleness, I’ll point out that, other than the heroine, there are three female characters. There’s the Mammy. There’s the hero’s scorned previous lover (whose state of free vs. enslaved isn’t clear, so calling her his mistress is iffy, but that’s how she’s referred to in the book) who is an enemy of the heroine. And there’s the hero’s harridan of a mother who is also an enemy to the heroine. A large part of the book’s plot hinges on her anger at being a set-aside wife. So, all women who compete for a man’s sexual favor are suspect, only sexless women are safe. Gee, that’s a trope I’ve never seen in a book before. Not.

Lastly, there’s the religious aspect of the book. The evil to be defeated is a ‘native’ mystical power, possibly goddess (again, can’t trust those females), and the Mammy’s Christian God is instrumental to saving the hero and heroine (who converts) and are therefore the only ones worthy of survival. I mean God doesn’t come down in a fiery ball of save-your-ass or anything, there is a very real ‘do for yourself’ theme here. But the religious undertones are NOT subtle toward the end of the book.

File this book under sometimes you can enjoy something while recognizing that it has problematic aspects. This book 100% does. But it was still a largely enjoyable read.

Edit: I’ve just looked at a bigger image of the cover, such that I can actually read the tagline, which refers to a character as a slave. So, I suppose that answers the slave question.