Weeeeelllll, I can officially say that books titled Blood Lust are apparently not likely to be for me. Wow, I am flabbergasted at how badly this challenge went.

I don’t usually use star ratings here on the blog. I want people to have to read the written review to know my opinion. But I’ve given each book a review post where that can be read, so for this wrap up I’m going to bring over the star ratings I used when I cross posted to Goodreads. Let’s look at the numbers, I think it will make a startling and sad point.

I rated these books as follows (scroll over):

That’s 2, 3, 1, 1 or a collective average of 1.75! But that’s actually rounding up. Zoe Winter’s Blood Lust was a compilation of three novellas, which I rated as 1, 2, 2.5. So, the average of all three would be 1.83, making the real average of all four Blood Lust books 1.7075. What’s more, since Jessica Gibson’s Blood Lust was a prequel and I had book one (Love and Blood), I went ahead and read it. I’ll average it in too. I gave it another 1 star. (I honestly have never given so many 1 stars so close together in all my years of reviewing.) This brings the collective average of the books read for this challenge to 1.566! That barely even rounds up.

I think my overall thought on the matter is that if an author isn’t concerned about using a common (as in frequently occurring) title, they aren’t bothered if they write a common (as in a lacking taste and refinement) book.

Each of these books was a fail for me. The challenge however was not. Because, though the books sucked, I still garnered a lot of amusement out of reading them back-to-back, seeing them line up in my review list, tweeting four Blood Lust reviews in a row, etc. Yes, the actual reading is significant, but it’s important to remember it isn’t the ONLY enjoyment that can be gained from a book.

I have no doubt I’ll do another such challenge. I noticed when I alphabetised my TBR list, for example, that I also have three books titled Blood Bound, which is especially noteworthy since I had five titled Bound by Blood. That’s what started these title-centric challenges to begin with. (Man authors need to work on ensuring variety in their titles, particularly around blood apparently.) Hopefully, though, the next challenge will go better than this one. 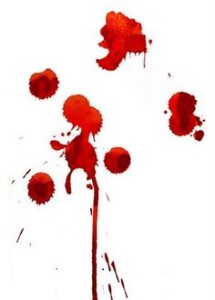 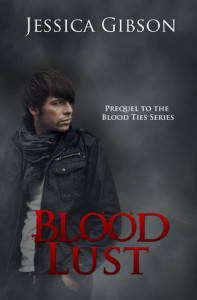 I grabbed the Blood Ties series, by Jessica Gibson, from the Amazon free list. I read them now because the first one, Blood Lust, was the last book in my Blood Lust reading challenge, in which I read four books with that same title.

Description of Blood Lust:
Ronan has lived for hundreds of years. In all of his years there has only been one for him. What will he risk to get back what is his by right?

Review:
The problem here wasn’t so much the writing as that there isn’t anything to it. It’s basically just vampire attacking woman after woman and stalking another woman altogether. As a means of letting you know how little there is to this story let me make examples of frequently used words, which are emblematic of repeated scenes.

Both drop/dropped and ground are used 10 times. As in he dropped her body (14 times) to the ground. That doesn’t count the ones he tossed in trash cans or at his feet, etc. Throat is used 14 times, as in he tore (6 times) her throat out/up/etc. That’s separate from the times he sank his fangs (12 times) into a neck. And his favourite method of getting them alone to callously kill them is to take the women walk/walking. It’s used 19 times. Finally, blood was used 50 times. Yes, I’ll concede that it’s a vampire story, but the darned thing is only 23 pages long!

As a prequel, I suppose it does introduce Ronan, who I assume is the villain in the following novella’s but as a story this is pointless. 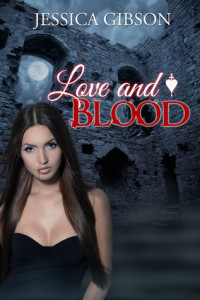 Description of Love and Blood:
Bronwyn Fitzgibbons was young and reckless. It was easy for Ronan to steal her human life and make her a vampire. She ran, but she never forgot him–or how he made her feel.

Rider saved Bronwyn from the new life she loathed and the new self she detested. His love restored her sanity.

Now Ronan is back to claim her. She struggles like hell against him, but she cannot deny the overwhelming power of her maker. Will Bronwyn surrender to the one who could possess her utterly? Or can she find the strength to choose the one who loves her as she is?

Review:
Would it make sense if I said Jessica Gibson knows how to write, but apparently doesn’t know how to write a book? I mean, mechanically the sentences flow fine. Grammatically the work is perfectly readable. But the story, oh fuck, the story is a damned mess.

For one, let me ask how you feel about love triangles. I hate love triangles. This means that a book that is essentially stripped of all plot except a love triangle is not a good thing in my world. The first 50% of this book is absolutely nothing more than Ronan and Rider (yes, their names are that similar) fighting over Wyn and Wyn playing them both. Then at around 50% new characters are introduced and we’re off to fight a werewolf war with a bunch of characters that didn’t exist two pages earlier. What!?

There is absolutely no development of ANYTHING in this book—no plot development, no character development, no world building, no romantic developments or character growth. Nothing. And new characters, that play no part in the book, are introduced all the way up to 85%. (The book ends at 92%, so lets just say up until the end.)

Lastly, (I could rant on and on and on, but I’m going to limit myself here) this book is clearly labeled as book 1. I’ve even read the prequel, useless as it was. But if you handed me this book without a cover, my first question on finishing it would be, “Where are the first three books?” There is so much missing information that I would assume this was several books into a series. All the characters know one another and have 4 years of history. Then there is all of the Ronan drama (20 years worth) and the ‘romance’ with Rider (15 years worth), not to mention the werewolf drama (5 years worth). Heck on that last point, we never even learn the name of the woman they go to war over! Oh, and Fae are in there somewhere too. WTF!

If you want to read an outline of a SERIES, feel free to pick this ‘book’ up. If you’re interested in a book, with a solid, well-paced (or simply paced) story, avoid this thing like the plague. And I hate to say that, because I’ve rated books/authors with similar mechanical skill far higher than 1 star, but man oh man, this book (despite being more readable than some other indies) just doesn’t cut it in the story department.

I actually have the next in the series (Blood and Sacrifice) and, at only 88 pages, I considered just reading it. If I don’t read it now, I never will and it will just turn into detritus on my kindle. But I just can’t bring myself to do it. 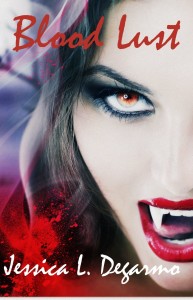