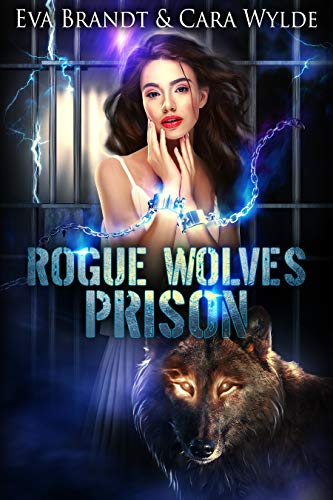 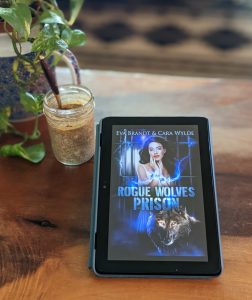 Lately, I’ve been making an effort to read some of the short stories (what I call anything under 100 pages) that tend to collect on my shelves. Often I read a dozen or so at a time and review them all together. In this case, I decided to read and review as many as I could in one day. I started around noon and I managed to read six. That’s not too bad. Unfortunately, there weren’t a lot of winners in this batch.

I read The Ghost of a Ninja, Ophelia, Beginning of the End, Fool the Demon, Tribute to the Alpha, and Ambushed.

The reviews are as follows:

The Ghost Of A Ninja, by Richard Auffrey

I wouldn’t have thought it was possible to make rape, murder, and vengeful spirits boring, but Auffrey managed it. Mostly because the writing is so stiff, flat and dry. There is no sense of peril or tension. I have the rest of this series, but I think I’m just going to delete it.

Some of the Alex McKenna series was  featured over on Sadie’s Spotlight. So, I picked up this novella as an Amazon freebie to see if I’d like the series. However, where I thought this was a prequel, I’ve discovered it’s a companion novel to book 2. So, I read it out of order. This, no doubt, effected my enjoyment, because there was a certain amount of presumed knowledge that I didn’t have. But, even outside of that, I felt like this novella was super disjointed and hard to follow.

The Beginning of the End, by Emily S. Hurricane

The Bloodlines series was featured over on Sadie’s Spotlight, earlier this year. This was an interesting start to an apocalyptic story. But I’m just not a huge pan of serials. And, prior to reading it, I didn’t realize that’s what this is. Breaking a single story into several less-than-100-page stories makes little sense to me. But the writing is good and the plot seems interesting.

Fool the Demon, by Stacia Stark

I read this after book one, Speak of the Demon. I wish I’d found it first, because it’s a nice introduction to the series. I like the characters, world and writing.

Tribute to the Alpha, by Cara Wylde

Ladies and gentlepeople, your romantic hero:

“We can just kill your men to the last one, until only boys are left to protect you. You’d surrender then, and we’d enslave all the females. We need child-bearers, after all.”

That is his total attitude until has a sudden and inexplicable 180° attitude change at 70% for no reason at all. NONE. He then became loving and kind—a completely different character. Who need consistency?

Then the story ended with the human bride suggesting they set up a boarding school to train future girls to be shifter brides, so that alphas can BUY THEM.

No, this is so much NO for me.

I thought these stories would stand alone better than they apparently do. This was pretty clearly a single action scene, followed by a single mild sex scene and nothing more. The mechanical writing seemed fine, but there wasn’t enough of a story here to be worth bothering with.

I was doing some maintenance in my Calibre database last night, after I posted this, and found a couple more short stories. Some of them I’m fairly sure that I thought I’d deleted during my big purge last year. Meaning they were in Calibre, but no longer marked as owned on Goodreads. And for at least two of them I think it was because of naming conventions. For example, Into the Abyss (Rogue Hunter: Gaia #1) was in Calibre as Gaia: Into the Abyss. So, I see how they got missed. I probably didn’t manage to match them up

The result was that I decided to give this short story spree a little  more time and read six more stories. I chose six for balance. I thought, I read six yesterday and I’ll read six more today. The six are Unspoken, Unwilling, Wintergreen, Gaia, Ink and A Cupid’s Wager and the reviews are as follows:

This story has been republished as Highland Secret. But I have an older copy (as part of a box set). I think it is unchanged other than the title and cover. But since I’m not 100% sure, I’m going to stick with the old title and cover.

Like Unspoken, this has been republished. It’s new name is Highland Shadow. But I have the old copy in a box set. I think I liked this the most of the three Maclauchlans novellas I’ve read. I appreciate a fiery, independent woman. I like seeing their male romantic partner stymied by them. However, the villain is SUPER cliched and the story does suffer from enemies, enemies, angry sex, suddenly in love plotting. But I guess I can’t hope for too much in a <100 page novella.

I don’t know how something with no sex in it can be so sexy.

Into the Abyss, by Kevis Hendrickson

Not so much a story as the start of something else. Also, only about half the listed 35 pages, as the rest is a sample of the following story/book. So, all around disappointing as a stand-alone read.

Some of the Coven of Desire books have been featured on Sadie’s Spotlight. So, I picked up this prequel to test the waters. This was a fun, if somewhat insubstantial novella (most of it is sex). But as an intro to the series, it works. I’m curious to see where it goes.

A Cupid’s Wager, by Deanna Wadsworth

Meh, basically just an extended sex scene with a little bit of larger plot hinted at, should one continue the series (if there is a series). Writing was fine though.