I picked up a Kindle copy of Eve Langlais‘ A Demon and his Witch, quite a long while ago. And I upgraded to an Audible copy on my recent audio-book buying binge.

Burning alive is nothing compared to the heat of his touch.

Roasted at the stake as a witch, while her lover watches, Ysabel sells her soul to the devil in return for revenge. A fair trade until her ex-boyfriend escapes the bowels of Hell and she’s forced to team up with a demon to fetch the jerk back.

Remy’s seen a lot of things during his long tenure in Lucifer’s guard, but nothing can prepare him for the witch with the acerbic tongue–and voluptuous figure. Her mouth says ‘Screw you’, but her body screams ‘Take me’. What’s a poor demon to do when his heart makes things even more complicated by goading him to make her his, forever?

Before he can decide if his demonizing days are done though, he needs to catch the bad guys, save the girl and then find a way to convince her to love him and not kill him.

Welcome to Hell where you’re screwed if you do and damned if don’t. And just so you know, Lucifer’s got a special spot reserved for you…

I picked this up expecting a funny, fluffy, sexy romp. What I got instead was an entire book of the heroine forcefully saying she wasn’t interested and a ‘hero’ who never backed off, groping her when unconscious and such. The book is just CONSTANT innuendo and icky rape-culture insistence that regardless of what a woman says, if a man persists he’ll get the girl. It even uses several of the stock phrases, like, “her voice said no, but her tone said yes.”

If I’m honest, there was probably a time (years ago) when I could have read this and only noticed the funny bits (and there are some) and think, “it’s so hot he wants her so bad.” But growing up and learning to think even minimally critically about what I read blitzed it. This is frankly just gross. Which is a shame. I’ve read Langlais in the past and not hated it (here, here and here, all in 2013). Now I have to wonder if those books were better or I was just oblivious to their badness.

Mindy Kennedy did a fine job with the narration, but I wonder how many times she had to take a break and step away to keep her voice steady. I didn’t sense a single eye-roll in it. 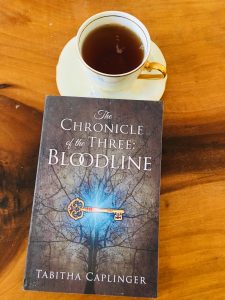 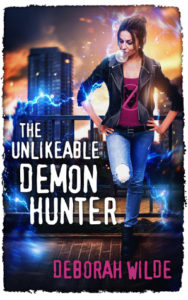 Description from Goodreads:
The age-old story of what happens when a foul-mouthed, romance impaired heroine with no edit button and a predilection for hot sex is faced with her worst nightmare–a purpose.

Ari Katz is intelligent, driven, and will make an excellent demon hunter once initiated into the Brotherhood of David. However, this book is about his twin Nava: a smart-ass, self-cultivated hot mess, who is thrilled her brother is stuck with all the chosen one crap.

When Nava half-drunkenly interrupts Ari’s induction ceremony, she expects to be chastised. What she doesn’t expect is to take her brother’s place among the–until now–all-male demon hunters. Even worse? Her infuriating leader is former rock star Rohan Mitra.

Too bad Rohan’s exactly what Nava’s always wanted: the perfect bad boy fling with no strings attached, because he may also be the one to bring down her carefully erected emotional shields. That’s as dangerous as all the evil fiends vying for the bragging rights of killing the only female ever chosen for Demon Club.

Odds of having a very good time with Rohan before she bites it: much better.

Review:
You guys, this book has a 20yo, sexually liberated, Canadian, Jewish demon hunter with a gay brother (and neighbor couple), bi best friends and fellow hunters that are racially diverse. I should have loved it. I really, really should have. But I did not.

I’ll start with the sexually liberated bit, because it’s important. I loved that Nava is 20 years old and shamelessly slutty. She likes sex and has a lot of it, mostly in the form of one night stands. And I’m cool with that. I like it even. Why shouldn’t girls have as much sex as men, with as few repercussions? I’m even ok with her taking her happy-screwup-slut and draping it around herself as part of her personality. Hell, I’m thrilled to get something other than a ‘good girl’ Mary Sue for a change. What I am not ok with is the fact that this appeared to be the only personality she has. I love a witty innuendo as much as the next person. I like seeing women claim their sexuality. I was even moderately ok with her sharky attitude. But by about a quarter into this book I was tired of Nava and her one track mind. Even a good thing is horrible when you’re beat over the head with it. Nava and the book never let up on the sexs—think of sex, crave sex, pursue sex, have sexs—long enough to let the rest of the plot develop.

Plus, she was supposed to have some sexual hangups (like not kissing her partner), intended to keep it firmly in lust not love territory. But the reason for this was never explored. It served no apparent purpose in the plot.

As for the rest of the plot, what little there is under the flood of sex, sex, sex, it is thin to say the least. I found that it jumped around, with challenges popping up willy-nilly and being defeated just as randomly.

All in all, it wasn’t horrible. I was just hoping for something better.