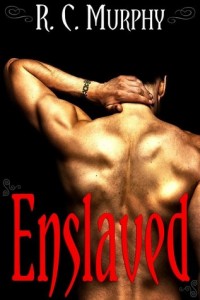 Description from Goodreads:
The gods are flawed . . . and they make awful parents.

Deryck knows first-hand the cruelty of the gods. Three thousand years after his birth, he is still trapped, forced to service humans as an Incubus—unable to choose whom he sleeps with, and living a life completely devoid of love. There is no out for him. No hope. Or so he thought.

Shayla McIntire spent five years getting her life back on track after the accident claiming her husband’s life. She is content to a nice, boring, subdued life free of the abuse she suffered before. Her friends are worried. They want her to find the man of her dreams and move on.

Little do they know, the Powers That Be have decided the man of Shayla’s dreams for her. There’s just one hitch, he’s enslaved to the gods and it will take power she doesn’t know she has to free him. Deryck isn’t the only one hoping Shayla will free him, though.

Review:
Well, this wasn’t anything like I expected. I really thought it was going to be hot erotica. Let me just clear that misconception right up, in case anyone else thinks a book about incubi would involve sex…apparently not. It wasn’t what I expected but it was still a decent read. Deryck was very sweet. Shayla was witty and her friends were fabulously supportive. If I had to reduce my review of Enslaved to one word it would be Sweet…maybe awkward, but sweet. I don’t mean the writing or anything. The characters were shy and sweetly awkward with one another.

I liked that Shayla was said to be beautiful, but was shown to be something other than a stick. I don’t think her dress size was actually ever given, but she had size D breasts and it was at least suggested that she’s in the double digits size-wise, maybe a ten or twelve. I do wish she hadn’t been so concerned about it, always calling herself a cow and such. But at least it was often countered by her friends. I also liked that she was a woman who ate. There didn’t appear to be anything that a jelly donut and coffee wouldn’t fix. That is a woman I can relate to!

I did think Deryck seemed a little clueless for a 3,000 year old incubus. Surely in a few of those calls to service women in their dreams at least one had wished for the perfect date before all that sex he was having but the reader didn’t see. In fact, it’s apparent Deryck had at least been in restaurants with the women he serviced. So how had he remained so innocent?

The book was a little slow, dragging in the middle a bit and I really would have like a little more back story to flesh the characters and their histories out. But it read well and wrapped up with a syrupy sweet ending. All in all, not what I was expecting but not bad either.