I received an Audible code for a copy of The Scarlet Dragon Saga (books 1-3), by J. P. Rice. However, I chose to listen only to Ginger Storm (book 1) at this point. It was narrated by Liz Brand. 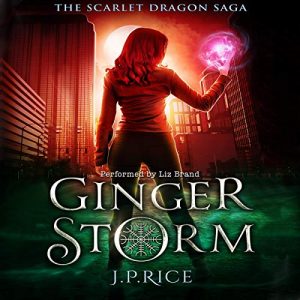 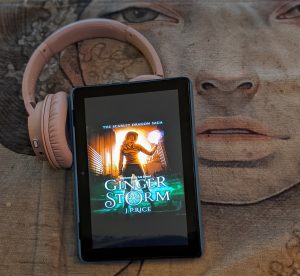