I picked up an e-copy of Jewels Arthur‘s Forbidden on Amazon the other day. 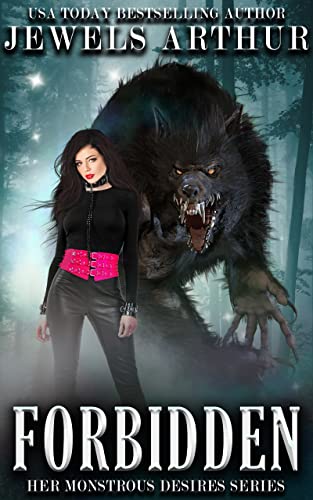 When a little girl, all alone in the big bad woods, lets it slip that she’s on her way to visit her sick gran, I can’t help but take advantage. Don’t judge me. I’m hungry and let’s be real… What tastes better than a meal that doesn’t struggle—much.

Little do I know, my blood-thirsty plot is about to be foiled by a set of five werewolves that have decided to eat gran, take her place, and eat the little girl! I wish I had thought of that last bit myself.

The worst part is that I have been a lone vampire for years now so I have no one to watch my back. I am just easy prey to them and their beastly desires. If I can’t escape, I just may become victim to those desires and they are more than willing to huff and puff and blow my resolve away.

Before I read this I couldn’t figure out how it had so many good reviews. It’s a little counterintuitive, but I understand now. Put simply, this is objectively bad. But in the absolute best way!

Years ago, before the time constraints of children, my now-husband and I used to do something called Good Wine/Bad Movie night. One of us would pick up a good bottle of wine (Mind you, we were young and broke. So, our idea of ‘good wine’ was probably suspect.) and the other would pick out a bad movie. The idea was that the more you drank the better the movie got. We 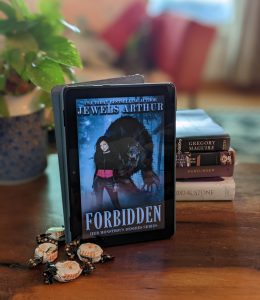 watched a lot of B-grade sci-fi and questionable anime. But, my goodness, did we have fun with it.