I received an Audible credit for a copy of Jordan Castillo Price‘s Imperfect Match.

Lee Kennedy’s destiny is controlled by the Algorithm. It’s the reason he’s still in college, regardless of his good academic performance. He’s switched his major repeatedly and stalled on his Master’s thesis, but there’s only so much longer he can hold out. Because once he graduates, the Algorithm must be triggered.

Everyone in Lee’s family has allowed the Algorithm to match them with a spouse. As has everyone on his block. His neighborhood. In fact, everyone he’s ever known. Pairing with his own chosen match seems inevitable…until, at his sister’s wedding, he meets Roman.

The waiter lives in the Taxable District, a run-down neighborhood that’s only a brief train ride away, but feels like another world. The seedy District is governed by different standards—different expectations—so it’s not exactly a surprise that Roman isn’t married. But it’s definitely a shock to taste his lips.

One forbidden encounter has Lee reeling. He questions everything. His past. His future. And especially the Algorithm. He longs for the freedom to choose not only his own partner, but his own destiny.

When defying the Algorithm will cost everything—family, home, and even livelihood—is Lee strong enough to take another path?

It took me a surprisingly long time to settle into this relatively short story (novella). I caught on fairly quickly that the Boomer and Taxable districts were adherents to different economic and dogmatic systems. But it wasn’t until Lee started to identify his own privileges and the restrictions that came with them that I really started to appreciate the story. Watching him struggle with his responsibilities, searching for a way to meet them while being true to himself was a pleasure. The romantic subplot was sweet, but I felt almost unnecessary. I don’t mean I wish it wasn’t there. It was integral to the story Price was telling. But I also think the rest of Lee’s experience was substantial enough all on its own.

I don’t know if the term Boomer was chosen specifically to create parallels to the Baby Boomers. But I do think that this story could easy be read as representing the divide between them and Millennials (leaving Get X out as always). Certainly, the difference in opportunities, mind set, and mores fits. All in all, a satisfying read. And Joel Leslie did a good job with the narration. 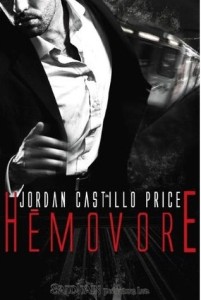 I bought a copy of Hemovore, by Jordan Castillo Price.

Description from Goodreads:
Ten years ago, the Human Hemovore Virus blazed through the world, and left the few victims who survived unable to eat, allergic to sunlight and craving the taste of blood.

Mark Jensen used to think V-positives were incredibly sexy with their pale, flawless skin and taut, lean bodies. Not anymore. Not since he’s been stuck procuring under-the-counter feline blood for his control-freak boss, Jonathan Varga. Why cat blood? Mark has never dared to ask.

It’s not as if he’s usually at a loss for words. He can dish an insult and follow it with a snap as quick as you can say “Miss Thang”. But one look at Jonathan’s black-as-sin gypsy eyes, and Mark’s objections drain away.

So he endures their strange, endless routine: Jonathan hiding in his studio, painting solid black canvases. Mark hurling insults as he buffs the office to a shine with antiviral wipes and maps out the mysterious “routes” he’s required to drive.

Then a blurb in Art in America unleashes a chain of events neither of them saw coming. As secrets of Jonathan’s past come to light, it becomes clear all his precautions weren’t nearly enough.

Review:
This is an excellent new (or at least different) take on the vampire story. There is just so much to appreciate in this novel. It’s fast paced, though more so in the last half than the first and there is a little bit of a lull toward the middle. It’s tightly plotted with an interesting shift in emphasis between the beginning and the end.

The characters are engaging, though I never quite felt I knew Jonathan as well as Mark, the primary POV. Plus, Jonathan seemed to have a little character drift between him in the beginning and him at the end. But I very much liked them both. I also very much appreciated the sexual tension, but the fact that there is very little actual sex.

The idea of vampirism as a disease isn’t a new one, but I don’t know that I’ve ever read a book in which it is so clinically addressed. I liked it. However, for a disease with an 85% mortality rate it seemed an odd forgone conclusion that the character in question would survive. I felt very little angst around this.

All in all, I really quite enjoyed this. But I’ve yet to read a JCP that I didn’t, so no big surprise there. 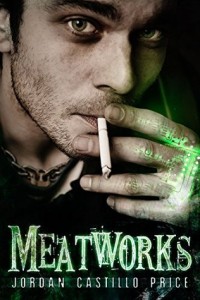