I borrowed an audio copy of Kristen Painter’s House of the Rising Sun through Hoopla.

Augustine lives the perfect life in the Haven city of New Orleans. He rarely works a real job, spends most of his nights with a different human woman, and resides in a spectacular Garden District mansion paid for by retired movie star Olivia Goodwin, who has come to think of him as an adopted son, providing him room and board and whatever else he needs.

But when Augustine returns home to find Olivia’s been attacked by vampires, he knows his idyllic life has comes to an end. It’s time for revenge—and to take up the mantle of the city’s Guardian.

Gah, this was not good. One Goodreads reviewer called it lazy and another called it facile and boring. Both are accurate descriptions of the book and describe my opinion perfectly. The author has some interesting ideas, but just drops them all in willy-nilly, with no attempt to situate them in any sort of world building.

Both “main” characters are just cardboard cutouts of PNR heros/heroines. He’s protective and she needs protecting. There isn’t really anything more to either of them. But Harlow is especially poorly sketched out. Augustine at least goes out and does things. Harlow just basically sits home and frets, waiting for someone else to solve her problems. Want to know how important she is to the story? She’s not even mentioned in the book’s description, despite her sexy image being used to grab readers attention. (And it should be added that the actual character lives in baggy sweatshirts to cover her physique. So the image really is just to sex the cover up.)

Lastly, the timeline is hinky. Ages aren’t ever stated, but they can be approximated with the information provided, and Olivia seems far too old to be Harlow’s mother. And all of Harlow’s childhood is basically glossed over with “sent to boarding school.” Despite this, there seems to be several missing years in there. And if 20+ years pass, am I to believe Olivia never mentioned essentially adopting a son? Again, it’s all a product of lazy writing.

All in all, I’m very glad to be finished with this. By the end, Harlow’s intense unlikeable-ness was becoming too much to bear. Painter apparently couldn’t even put in enough effort on her behalf to make her palatable. The narration, done by Elijah Alexander was fine. But again, choosing a male narrator for a book with a female main character on the cover, should tell you who the focus of the book is really on. (I actually wouldn’t call Harlow a main character at all.)

Edit: As an amusing side note, there is a character named Zarah in this book. She’s referenced, but never makes an appearance. This is noteworthy because just the other day I wrote a Goodreads review in which I said how rarely I see this name in books. Now, I’ve come across TWO IN A ROW. What’s the likelihood? I’ll cross-post the review to the blog when I finish the boxset and post all the reviews together. But at least I got a chuckle out of it. 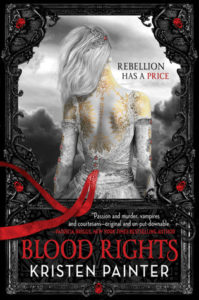 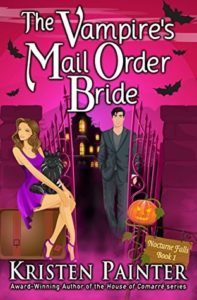