Lauren Coffin‘s The Unremarkable Man has been hanging out in my Kindle cloud since July of 2013. I recently had reason to explore TBR and decided to give an oldie a chance. I’m pretty sure I picked it up as a random freebie. 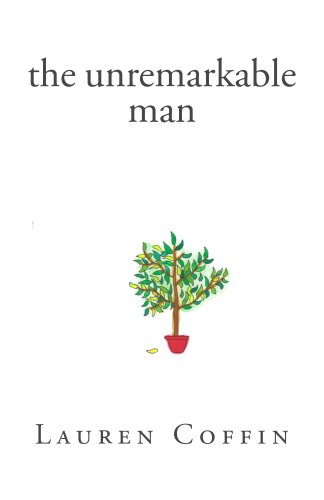 Wendell Coombs is not invisible. He is, and always has been, supernaturally ignorable. After thirty-seven years of coping with the difficulties of his condition- the struggle, for instance, to simply attain a cup of coffee, let alone a place to live- Wendell does not mind. In fact, he is quite comfortable in his anonymity. Or rather, as he discovers when someone notices him for the first time in decades, he is quite afraid of people. Esme Middaugh knows none of this when she offers Wendell what she thinks to be an innocuous “Hi.” Having spent the past year in the company of books rather than people, having, indeed, cut out people from her life altogether, Esme only knows that she has little business interfering in the affairs of this man and the ailing houseplant he carries with him. But she may be the only one who can save the plant- a ficus benjamina that has been the one constant in Wendell’s life. Wendell is willing to go to extremes to keep it alive, including asking Esme to help him. The Unremarkable Man is the story of two deeply isolated, slightly absurd people struggling to connect. And to save a ficus.

Despite being several years old, this novella doesn’t have many reviews. I saw one on Goodreads, however, that referred to it as “endearingly awkward” and I just don’t think I can improve on that description. Wendell and Esme are both too dear for words. But also blithely bumbling through life, with no real clue about how to people; how to exist in a world that requires them to interact as a person. I think it would be hard to read the 106 pages of this story and not fall a little bit in love with them. 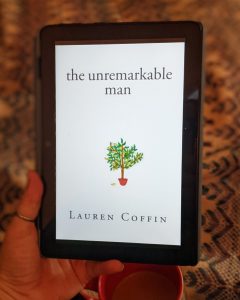