I bought a paperback copy of Catherine Lundoff‘s Silver Moon.

Becca Thornton, divorced, middle-aged and trying to embrace a quiet life, discovers that there are still plenty of surprises to be had when her menopause kicks in with bonus lycanthropy. And she’s not the only one. The seemingly peaceful and dull town of Wolf’s Point has its own all-female werewolf pack and Becca has just become its newest member. But it’s not all protecting Wolf’s Point, midnight meetings at the Women’s Club and monthly runs through the woods. There are werewolf hunters in town and now they’ve got Becca and the Wolf’s Point Pack in their sights.

As if that wasn’t enough, Becca’s cute lesbian werewolf neighbor, Erin, is starting to haunt her dreams as well as her doorstep. What’s a newbie werewolf to do, between hot flashes, silver bullets and unexpected transformations? Can Becca overcome her fears and help the werewolves defeat their greatest enemy?

I insta-bought this when I read the blurb and saw women who turn into werewolves with the onset of menopause. Heck yeah, older women almost never get to be heroines in UF and you even more rarely see menopause discussed. I was 100% on board for this. Unfortunately, I liked the idea of it a lot more than the execution of it. I thought Becca spent far too long in her head ruminating about her situation, I spent a lot of the book bored, I wasn’t truly certain what happened in and after the climax, and I hated the subplot with the ex-husband because I felt like he won in the end.

Worst of all however, is that I didn’t feel like the werewolves utilized their wolves. There was a group of hunters trying to kill them all, and the pack’s response was to run them out of town by having the town’s people refuse to serve them and to tamper with their van (and to be more vigilant in their patrols, but nothing seemed to come of this). Over and over the hunters threatened or took direct action to hurt the pack members and then Becca went to sleep and to work the next morning. I didn’t really feel any sense of urgency in that and I didn’t feel the pack was responding appropriately to the very real threat. Maybe the author was trying to emphasize that a pack of female wolves, older female wolves at that, wouldn’t leap to violence like men would (certainly there is a little of that with the Scott comparison) but I kept wanting to yell, ” Ladies, you have claws and fangs for a reason!”

I did think the romantic subplot was sweet, but again ~90% of it is in Becca’s head. All in all, I loved the idea of this book, but was left cold by the story actually told. Plus, there are quite a few editing errors in it. I’ll give Lundoff another shot, but I feel pretty “Meh” about this particular book. 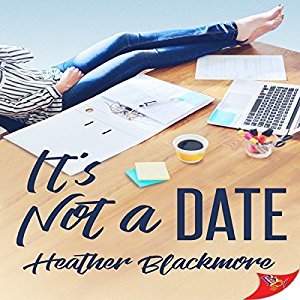 from the narrator, Lori Prince, for a review copy of this book.

Description from Goodreads:
Falling in love is the hardest business of all.

Entrepreneur and innovator Kadrienne Davenport gets results. A demanding executive and stickler for punctuality, Kade throws herself into work to avoid hurting anyone, convinced she only causes pain to those she loves.

When Jennifer Spencer meets an incognito Kade at a conference, sparks fly. But when Kade unexpectedly becomes her boss, Jen’s problems multiply. The company she founded is going broke, her grandmother’s dementia is worsening, and her attraction to Kade―her difficult, brilliant, charismatic mentor―is growing.

Review:
I finished this days ago and forgot to write the review. If I’m honest, that tells you about how much impact it made on me. It wasn’t bad, so much as just flat. I never bought into Kadrienne’s reasons for refusing a relationship and frankly thought the “you should forgive your abusive parent” plotline gag-worthy. Because, I don’t honestly think people who have hurt you repeatedly deserve to be given a chance to do it again, just because they suddenly need you. I listened to the Audible version and Lori Prince made the experience worth while though. 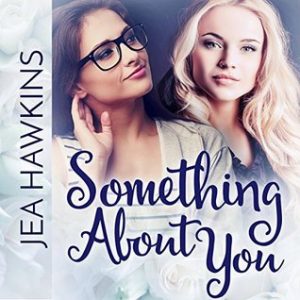 I received an Audible code for a free copy of Jea Hawkin‘s Something About You from the narrator, Lori Prince.

Description from Goodreads:
Dre’s life falls into a nice, predictable rhythm and that’s the way she likes it. But when an adorable, fashionable 20-something bursts into Dre’s flower shop to cancel her wedding order after her fiancé’s change of heart, Dre finds a distraught young woman on her hands. She doesn’t have the heart to shove her out of the shop, so she takes her out for sympathy and tea. The idea of befriending this woman who is clearly her opposite, however, is the last thing on Dre’s mind.

Kelsey feels awful for canceling the order, but she’s sincere when she tells Dre she wants to be friends. When she offers to make up the loss by using Dre’s services for a major project at work, Kelsey sees a chance to get to know the woman who represents the life she’s always wanted for herself. And as Kelsey gets closer to Dre, she proves to her that they aren’t so different.

Will Dre take a chance and break out of her comfortable routine to find love in an unexpected place? And will Kelsey finally embrace the life she’s always dreamed about? Or will this budding flower of romance be cut short before it blooms?

Review:
Soooo, I wasn’t all that fond of this. The fact that the narrator, Lori Prince, did a good job with the narration meant I made it through, but the story left me pretty cold. It’s basically a meet cute and some sex scenes. There’s some flirting and an attempt to give the story some depth by looking at how the pretty blond is so much more than her appearance would suggest, but since the romance is so rushed none of it really works.

My main issue was elsewhere though. I had some major problems with Kelsey’s character. The story begins when her male fiancée cancels the wedding at the last minute and she comes into Dre’s flower shop to cancel the flower order and breaks down. Dre offers her some friendly support. Kelsey is obviously presented as straight. Toward the end of the book, she’s still referred to as straight. But the reader is never given even a moment in which she considers her identity or sexuality before she aggressively pursues a lesbian relationship. None. If someone goes from identifying as straight to something else—bi-sexual, lesbian—whatever, I would expect there to be at least a moment of, “Oh, I guess I’m not as straight as I thought.” I don’t need a lot of angst, but a little consideration for sure.

This was all compounded by the fact that Kelsey repeatedly went on about how she’d always wanted to try this or do that. But the things she wanted to experience were basically Dre’s life, lesbian lives. It made her feel like she was just playing dress up with Dre’s identity, a lesbian identity. I expected it would be the sort of thing she’d later chortle about with her suburban mommy-friends, “That time when I was young and adventurous and dated a woman.” It didn’t feel serious or real.

All in all, the writing was ok and the narration was good, but the story was uncomfortable at best.