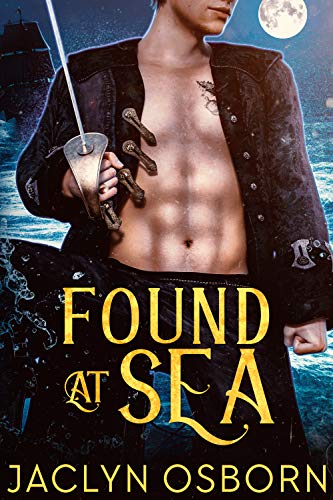 I received an Audible credit for a copy of Once A Pirate, by Diana Bold.

The Earl of Sutcliffe has a problem – his son, Daniel, prefers men to women.  After two years of marriage to Lady Kathryn Sinclair, Daniel hasn’t produced an heir.  Desperate to continue his bloodline, Sutcliffe turns to his illegitimate son, Talon Montgomery. Knowing the prosperous American privateer will never do as he wishes, Sutcliffe arranges for his son to be falsely arrested for piracy. Talon is devastated when he believes his entire crew has been executed.  When he discovers Sutcliffe has interceded on their behalf, Talon is willing to do anything to keep them safe – even seduce his sister-in-law.

Mechanically this was well written, and the narrator did a fine job of it. But I had a hella lot of problems with the plot. For one, while it doesn’t quite sink to Bury Your Gays, it comes perilously close (more than once). What’s more, it’s done off-page, practically without comment and 100% without mourning. And it comes within touching distance of suggesting the gay character is gay because he was sexually abused as a child. (Though I will acknowledge that he doesn’t actually die or have a tragic future, just a tragic past.)

Secondly, the “love” is so fast as to feel instant. I didn’t feel this relationship AT ALL.

Third, the villain is so villainous as to be a caricature.

Lastly, Kathryn (the heroine) is married. But the book still follows the well trodden love=marriage and children pathway. Which can’t really work when the woman is already and still married to someone else! (Thus the need to Bury the Gay.)

This is apparently a republication of an older work, from 2006. I feel like if I’d known that before I read it, I wouldn’t have chanced it. The genre has come a long way in the past decade. The fact that the writing itself was decent makes me think I could give a newer work a chance and maybe like it.

I borrowed an audio copy of Mackenzi Lee’s The Lady’s Guide to Petticoats and Piracy from my local library. I reviewed the first book in the series, The Gentleman’s Guide to Vice and Virtue, last year.

A year after an accidentally whirlwind grand tour with her brother Monty, Felicity Montague has returned to England with two goals in mind—avoid the marriage proposal of a lovestruck suitor from Edinburgh and enroll in medical school. However, her intellect and passion will never be enough in the eyes of the administrators, who see men as the sole guardians of science.

But then a window of opportunity opens—a doctor she idolizes is marrying an old friend of hers in Germany. Felicity believes if she could meet this man he could change her future, but she has no money of her own to make the trip. Luckily, a mysterious young woman is willing to pay Felicity’s way, so long as she’s allowed to travel with Felicity disguised as her maid.

In spite of her suspicions, Felicity agrees, but once the girl’s true motives are revealed, Felicity becomes part of a perilous quest that leads them from the German countryside to the promenades of Zurich to secrets lurking beneath the Atlantic.

I really wanted to like this a lot more than I did. Hmmm, that’s not quite right. I actually did really quite like it. I liked the representation and diversity of the book. I liked the wit and writing in the book. I liked Moira Quirk’s narration. I liked Felicity. I liked what she wanted and demanded in life. I liked that she was smart and determined and uncompromising.

I liked her feminism! But even as a staunch feminist myself, this same feminism was my biggest problem with the book and kept me from truly loving it. I’m not sure exactly how to explain this. Because I agree with Felicity 100% that she deserved to be allowed to study. That women deserved not to be stifled and protected from their own ambitions. But this is just such a modern ideal. It’s not that there weren’t women who strived to be more than mothers and wives, but Felicity kept acting as if she could reasonably expect different reactions from the men of society. That they, not her were the abnormal ones. The same society she had been raised in, with the same underlying mores. Most of her internal musings sounded horridly anachronistic to the time period the book is set in. It clashed jarringly. Eventually it started to feel like didactic lecture on what should be, instead of an engagement of what was (and to an extent still is). And in the end, undermined my ability to suspend my disbelief enough to truly immerse myself in the story.