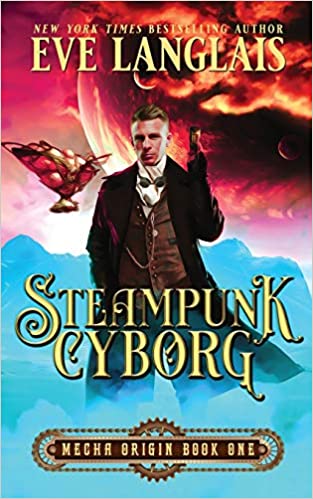 I borrowed a copy of P. Djèlí Clark‘s The Haunting of Tram Car 015 from the local library.

The Haunting of Tram Car 015 returns to the alternate Cairo of Clark’s short fiction, where humans live and work alongside otherworldly beings; the Ministry of Alchemy, Enchantments and Supernatural Entities handles the issues that can arise between the magical and the mundane. Senior Agent Hamed al-Nasr shows his new partner Agent Onsi the ropes of investigation when they are called to subdue a dangerous, possessed tram car. What starts off as a simple matter of exorcism, however, becomes more complicated as the origins of the demon inside are revealed.

This was only a novella. So, here’s a short review for a short book. I basically loved this. I adored Hamed and his new partner Onsi. I loved the setting and the world. I thought the dialogue was sharp and the story satisfying. My only complaint is that on occasion I felt like the tone of the dialogue was inconsistent. But for the most part I just loved this.

There is also a free short story called A Dead Djinn in Cairo, on the Tor website, that is set in the same world, with a minor crossover of characters. I loved it and recommend reading it.

I picked up a copy of Nikki McCormack‘s The Girl and the Clockwork Cat when it was a freebie on Amazon.

Feisty teenage thief Maeko and her maybe-more-than-friend Chaff have scraped out an existence in Victorian London’s gritty streets, but after a near-disastrous heist leads her to a mysterious clockwork cat and two dead bodies, she’s thrust into a murder mystery that may cost her everything she holds dear.

Her only allies are Chaff, the cat, and Ash, the son of the only murder suspect, who offers her enough money to finally get off the streets if she’ll help him find the real killer.

What starts as a simple search ultimately reveals a conspiracy stretching across the entire city. And as Maeko and Chaff discover feelings for each other neither was prepared to admit, she’s forced to choose whether she’ll stay with him or finally escape the life of a street rat. But with danger closing in around them, the only way any of them will get out of this alive is if all of them work together.

Not bad, though I thought it a tad over-long and (as always) I was annoyed to find a love triangle. Beyond that, I liked Maeko as a character and appreciated the somewhat dystopic steampunk London. I would have appreciated a bit more world-building though. My main complaint however, is that the whole premise of the book is anchored in a decision Maeko is supposed to have made at six, based on an overheard conversation. Even in a dystopian world, I can’t believe a six-year-old would do what she’s supposed to have done (and never gone back on the decision). This really undermined the believability of the story for me. It also made the predictable “Oops, my misunderstanding” exceedingly annoying. All in all, I didn’t not like it. I just had niggles with it.

As a side note, I’m additionally annoyed to find a girl in fishnets and a frilly skirt on the cover of a story about a girl who spends the whole book dressing as a boy and ACTIVELY tring to hide that she’s a girl.