I signed up to Lana Pecherczyk‘s newsletter and received a starter pack of her books. It included the prequel novella of The Deadly Seven series, Sinner (which is also an Amazon freebie). I then borrowed book one, Envy, through Amazon Prime.

The selfie generation grew up.

And with them, the sin of greed exploded on an astronomical scale. Of course, where one went, the rest were sure to follow. Wrath, sloth, gluttony, pride, envy, lust… all climbed in severity until deadly sin consumed Cardinal City. Violence, murder, and mayhem were only the beginning. To save their city, top scientists created a band of brothers and sisters as deadly as the sins they were destined to fight. But before they were waging a war on crime, they were children born in a lab with no one to look out for them… except a deadly assassin pretending to be a nun and a tortured man running from his past.

Biolum Industries think Sister Mary Margaret is an innocent nun caring for children in their lab, but she has a dark secret: one that could destroy the world, or save it.

Flint Fydler wants the simple things in life, to do his job and to pay off his shameful debt. But no matter how hard he tries to ignore the secret project behind a guarded door at Biolum Industries, and the beautiful and fearless nun who works there, he can’t avoid the inevitable fact he is being lied to.

When Flint’s mission to reveal the truth uncovers more than he bargains for, Mary bribes him to help with her rescue mission. As their quest draws them closer together, Mary has no choice but to reveal her own deadly secret, and Flint must face the undeniable truth: paying his debt may have nothing to do with money, and everything to do with his heart.

An enjoyable little prequel that has tempted me into looking into the rest of the series. I wouldn’t say it’s particularly deep, but the writing is sharp and I liked the characters and overarching plot. That’s enough.

How can a hero save the world if he can’t save himself?

Crime rages in Cardinal City. The fanatical Syndicate’s answer is to be judge, jury and executioner, even if that means destroying half the world to eradicate sin. The only thing standing in their way is a family of fearless vigilantes known as the Deadly Seven.

Created in a lab with his brothers and sisters, Evan Lazarus can sense deadly levels of envy, but when he’s blamed for a mass tragedy, it tears him and his heroic family apart. As the Deadly Seven self destructs, Evan loses himself in the city’s ruthless cage-fighting scene, slowly falling prey to the sin he was created to fight. His only hope is to find a partner who embodies his sin’s opposing virtue, the last thing he expects to find is his soulmate…

Doctor Grace Go almost died in the blast that killed her parents, and learned a valuable lesson: envy eats nothing but its own heart. So she forged a life filled with purpose and now seeks justice for the survivors. When she crosses paths with a fiercely protective but damaged hero, a desire she thought long gone is ignited. But Grace is wary of risking her brittle heart on a disgraced hero, even if she can’t seem to stay away from him.

When a figure from Evan’s past emerges, in league with the Syndicate, their evil scheme threatens to destroy everything Evan holds dear. Pushed to the limits, he will have to pull his family from the brink of oblivion and become the hero the city needs, or will envy drive him to destroy Grace and his only chance at love and redemption forever?

Superhero-esque paranormal romance.
This was OK, amusing enough for what it is. The writing is sharp and I liked the characters. But I have to admit that they pretty stock and trade. He’s dark and damaged and she’s all caring and light that miraculously soothes the chaos of his soul (in this case literally). Nothing new. To go with that, I thought there was some painful predictability and the heroine was too prone to too-stupid-to-live actions for wholly forgive. Having said that, I’d continue the series if I found them at the library or they were freebies, but I’m neither rushing or paying to do so.

I won a copy of Sovereign, book two of April Daniels‘ Nemesis series. So, I bought book one, Dreadnought.

Until Dreadnought fell out of the sky and died right in front of her, Danny was trying to keep people from finding out she’s transgender. But before he expired, Dreadnought passed his mantle to her, and those secondhand superpowers transformed Danny’s body into what she’s always thought it should be. Now there’s no hiding that she’s a girl.

It should be the happiest time of her life, but Danny’s first weeks finally living in a body that fits her are more difficult and complicated than she could have imagined. Between her father’s dangerous obsession with “curing” her girlhood, her best friend suddenly acting like he’s entitled to date her, and her fellow superheroes arguing over her place in their ranks, Danny feels like she’s in over her head.

She doesn’t have much time to adjust. Dreadnought’s murderer—a cyborg named Utopia—still haunts the streets of New Port City, threatening destruction. If Danny can’t sort through the confusion of coming out, master her powers, and stop Utopia in time, humanity faces extinction.

This is an enjoyable superhero origin story that walks the line between entertainment and After School Special. Though I thought Danny’s magical transition problematic, I found the rest of Danny’s experiences and thoughts believable. Especially the inclusion of the male best friend who behaved as if he had a right to Danny’s sexuality (phrased as ‘dating’ at their age) simply by virtue of access. Outside the friend, you’ll find the openly transphobic, the mother who wants her baby boy back, the aggressively man’s-man father, the woman who thinks transgendered women are a threat to ‘real’ women, etc. Like I said, I thought the book’s representation was great. (I imagine the fact that the author is herself trans has something to do with that.) However, I also found it about as subtle as a superhero’s fist. Maybe a younger audience than myself needed it, but subtle it was not, which made it feel a little didactic too.

As to the superhero aspect of the story….it was over the top. Dreadnought seemed to have no limits. Her power is never fully defined and so she seemed able to simply survive everything and surmount any challenge, without much challenge. Thus, fight scenes began to feel a bit like just a list of strikes and rebuttals.

All in all however, Dreadnought is an enjoyable superhero story with a lovely message.

Only nine months after her debut as the superhero Dreadnought, Danny Tozer is already a scarred veteran. Protecting a city the size of New Port is a team-sized job and she’s doing it alone. Between her newfound celebrity and her demanding cape duties, Dreadnought is stretched thin, and it’s only going to get worse.

When she crosses a newly discovered billionaire supervillain, Dreadnought comes under attack from all quarters. From her troubled family life to her disintegrating friendship with Calamity, there’s no lever too cruel for this villain to use against her.

She might be hard to kill, but there’s more than one way to destroy a hero. Before the war is over, Dreadnought will be forced to confront parts of herself she never wanted to acknowledge.

And behind it all, an old enemy waits in the wings, ready to unleash a plot that will scar the world forever.

For about a third of this book I wished that the author had left well enough alone after book one. Everything just screams trauma, and I didn’t want to read a couple hundred pages of how shitty the world can be. But eventually the book settled into more superhero romp and less-watch-the-world-beat-up-the-queer-kid.

All in all, it has some good action sequences and Danny grows quite a lot in the course of the book. I’d be willing to read more of her story. But I’m also not sad to be finished with the book. 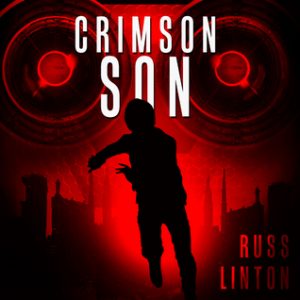