A signed paperback copy of Stacia Stark‘s Speak of the Demon came in my December Supernatural Book Crate. 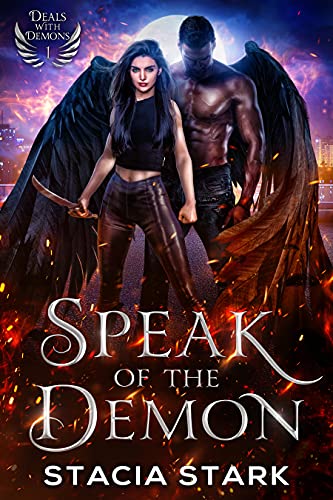 I hunt demons.
I don’t work for them.

And I promised my mom one thing before she was murdered: Under no circumstances, would I ever go near the high demons.

But I’ll break that promise over and over again if it helps me avenge her death.

When my only lead turns to ash in the middle of demon territory, I’m suddenly a dead witch walking. Violence in Samael’s club is an automatic death sentence… unless he can use you.

And it turns out that the most powerful demon in the country has a use for little ol’ me.

Demons are being slaughtered. His demons. And as a bounty hunter, it’s up to me to find out who would dare hurt his people.

I’ve got two weeks to find the killer, and if I fail, I’m bonded to Samael. Forever.

Samael’s certain that I’ll be his, but I’m not the kinda girl who risks her freedom for a demon.

I’m the kinda girl who won’t let anyone get in the way of her vengeance— not even the Machiavellian control freak who thinks he can run my life.

The problem? I’ve pissed the wrong people off.

Now I’m the one being hunted, and someone’s coming for me with everything they have.

But I’m never more dangerous than when my back is up against the wall.

And I’m ready to come out swinging.

This was a fun urban fantasy (maybe paranormal romance); hard to know exactly where the line between the two is sometimes. I liked that Danica was smart and resourceful. She was mouthy and angry a lot of times, but managed to avoid it coming across as her whole personality (as sometimes happens in such books). I appreciated having Samael’s POV and thought he was sexy. I sense it’ll be a good pairing in future books.

However, here in this book, I don’t feel like we were given enough interactions between him and Danica to feel more than we’re told in exposition, certainly not get to know you sort of interactions. So, the ‘romance’ aspect of the book fell pretty flat for me. (I felt more spark with Vas, simply because she spent more quality time with him.) Also, while we’re told Samael is super powerful and scary, and we see him unleash that on enemies at times, he’s so soft around Danica that it undermined the whole ‘big, bad alpha a-hole’ persona the reader is supposed to believe he carries.

The world and history was interesting, but I don’t feel like we were really given more than an outline of it. Honestly, the whole book felt like a second book, where I should be finding the first for all that world-building. (Edit: Apparently there is a .5 prequel. I just didn’t know before reading this book.) All in all, I had some complaints, but I’ll be happy to continue this series. 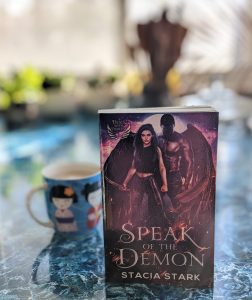 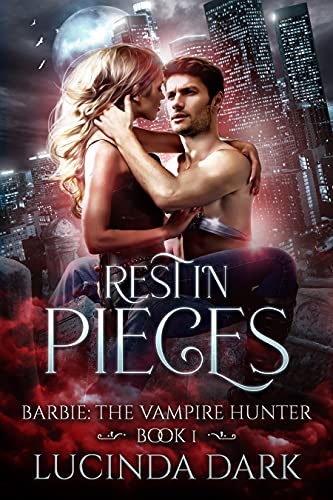 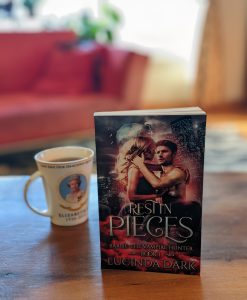 Yesterday, I was scrolling Instagram and randomly ended up watching a video of Emma Hamm (whose books I very much enjoy) opening a Kelly St. Clare book box for Love & Curse Making. About an hour later, I glanced over and saw I that had that same book on my side table. It had come in my most recent Supernatural Book Crate. And I figured, “Well, I guess the universe is telling me what I should read next. ” 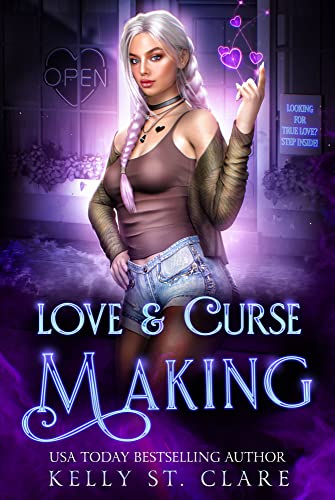 What do jazz pixies, siren celebrities, and three hundred disastrous dates with supernatural men have in common?

I’m Cerys. And at twenty-two years old, running a paranormal dating agency with my bestie and living in the magical society of Nepos is an amazing life.

Not gonna lie though, it’d be better with a little action. Kissing, maybe? A one-armed hug? Heck, after three years, I’ll take a man touching my bedsheets. Or would if this curse didn’t 100 percent block me from romance.

When my ‘extinct’ brand of magic explodes in the presence of true love, the off-the-charts sexy but infuriatingly bored Detective Devereaux gets involved. And let me tell you, ladies, there are m-u-s-c-l-e-s under his long coat!

So I’m cursed and dodging the law and trying to put more love in the world each day. And now some creep is digging up heart elemental bodies.

Seriously. How is it only Monday?

This was my first Kelly St. Clare book and I enjoyed it a lot. It walked the line between appreciably silly and roll your eyes ridiculous, and occasionally it did trip across the border. But mostly I giggled a lot. I liked the characters, world, and writing.

I wish we were able to get to know Dev better. He pretty much stayed a ‘tall, dark, and brooding’ cardboard cutout. Some depth and color would have helped a lot in that department. And the book is a cliffie. Very little of anything really feels complete by the end. So, I can’t call it a 100% win. But I look forward to getting to read book two in the future. So, I’d call this more win than not. 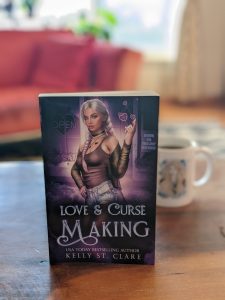