I accepted a review copy of Consort to a Dark Fey, by S.K. Kilburn through Reedsy. 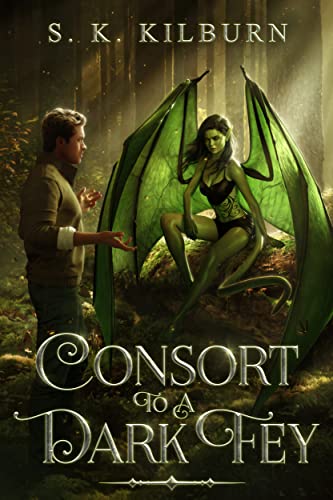 Aiden Moray is raising a son and a daughter with a fierce and powerful fairy, whose forest home is the secret doorway between the fey world and modern Earth.

When a fey monster crosses to Earth, kills one teenager, and injures two more Aiden must convince his incensed fairy wife to allow the human police and the FBI into her woods to investigate the attack.

As more people go missing, Aiden discovers that another vicious fairy wants the doorway between worlds and will not stop killing people until he wrests control from Aiden’s partner.

However, the antagonistic fairies are not the only ones interested in the newly discovered doorway. While Aiden’s suburban neighbors, the police, and the National Guard on the Earth side prepare for action against the forest, on the fairy side an entire fey kingdom is planning to invade Earth via the doorway.

When the two armies clash, Aiden must figure out how to save his family trapped in the middle.

This was not a big winner for me and there are two main reasons for this. As far as I can tell, this is Kilburn’s first book and it feels like it. The writing and plot/plot progression feel untried and underdeveloped. Names/titles/endearments are used far too often in dialogue to feel natural and the plot jots and judders along at an uneven, uncomfortable pace.

The writing is mechanically fine, as is the editing. But it was not such that you could ever sink seamlessly into the narrative. It also feels very much like there should be a previous book somewhere. Events are referenced and characters know each-other from a previous encounter. So, I felt I was missing something. That’s the first reason.

The second is a little more amorphous. Even before I looked it up to verify the S. in S.K. Kilburn is for Scott, I’d have bet my left tit that this author is a man. While Kilburn isn’t too bad about the male gaze (despite the cover), it is 100% apparent that the only individuals with an ounce of emotional maturity are the males. I say males, instead of men, because one is 17 and still given the agency, understanding, and narrative authority that the women are denied. The males spend the entire book smoothing female, out of control emotions and keeping other men from pissing them off to disastrous effect. (That’s basically the plot of the book.) None of the female characters feel fully-fledged.

I appreciate that the hero is a little older, not and alpha-male sort, and that Kilburn brought back the fae of old—powerful and inhuman, but morally bound to a morality incomprehensible to humans. This is my favorite kind of fae. But that wasn’t enough to save this novel that I was forced to skim to finish (because I wasn’t enjoying it and just wanted to be done). 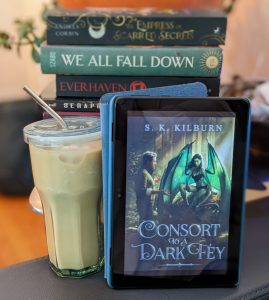