I accepted a review copy of Speechless in Achten Tan, by Debbie Iancu-Haddad, through R&R Book tours. The book was also featured over on Sadie’s Spotlight. So, you can hop over there for an excerpt, an interview with the author, and the schedule for the rest of the tour.

Eighteen-year-old Mila hasn’t spoken in the five years since she became an Onra, a first level Everfall witch. After failing the test to reclaim her voice and control her magic, her mentor sends Mila to Achten Tan – City of Dust – a dangerous desert town, built in the massive ribcage of an extinct leviathan.

To reclaim her power, Mila must steal a magical staff capable of releasing it, from the sky-high lair of the Bone Master, Chief Opu Haku.

Her only resources are the magical luminous elixirs of the cursed caverns where she grew up, and a band of unlikely allies; a quirky inventor, a giant-ant rider, a healer, a librarian’s assistant, a Tar-tule rider and the chief’s playboy son.

But in the City of Bones, enemies & friends are not who they seem and trusting the wrong person can be deadly.

If Mila fails she will never speak again and her bones may be added to the wasteland.

I have mixed feelings on this book. On the one hand the writing is really quite good. The characters are likeable. The world is interesting. There’s some fun diversity in the characters. It concludes (no cliffie), and I see lots of room for expansion in future books. Plus, we have gnomes as main character, without it being all cutsie-cutsie! So, on that one hand I really enjoyed it.

On the other hand, however, there seems to be a disconnect between the tone of the book and the actual events of the plot. The book feels like an older teen high school drama, of the ‘who’s going to win the big team rivalry,’ or ‘take down the school bully’ sort. (I mean, I literally started to visualize Geb in a letterman jacket every-time he slung his arm over Mila’s shoulder or waist.) But the things happening in the story are literally life and death. This left the tension…not lacking, exactly, but discordant. Plus, every near-death felt jarringly our of place.

I liked the book enough to read the sample of book two at the end (something I don’t usually bother with) and am interested in continuing the series. I liked Kaii a lot, as a character, and am interested to see what happens to him.

Click the link below for a chance to win a copy of Speechless in Achten Tan and a $25 Amazon e-Gift Card! 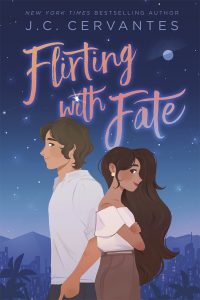 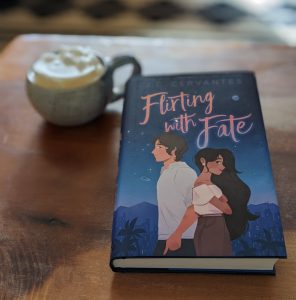 I borrowed an audio copy of Aurora’s End*, by Amie Kaufman and Jay Kristoff through my local library. I reviewed books one and two, here. 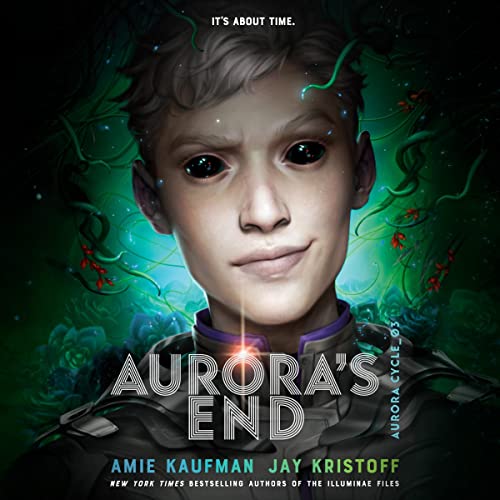 Is this the end?

What happens when you ask a bunch of losers, discipline cases, and misfits to save the galaxy from an ancient evil? The ancient evil wins, of course.

When we last saw Squad 312, they were working together seamlessly (aka, freaking out) as an intergalactic battle raged and an ancient superweapon threatened to obliterate Earth. Everything went horribly wrong, naturally.

But as it turns out, not all endings are endings, and the team has one last chance to rewrite theirs. Maybe two. It’s complicated.

Cue Tyler, Kal, and Auri: uniting with two of the galaxy’s most hated villains? Um, okay. That, too.

Actually saving the galaxy, though?

Now that will take a miracle.

I didn’t dislike this, but I also didn’t enjoy it anywhere near as much as the first two books (especially book one). Fin was one of my favorite characters and I admit to wishing he got more screen time here (in the book with him on the cover).

Similarly, what I so enjoyed about book one was the interplay between all of the characters. Here, they’re split into three grouping and don’t come together until the very end. I appreciated how each of their storylines wrapped around and became pertinent to the ending. But I missed seeing them all together, missed their humor and sarcasm.

Lastly, I was simply bored for the first half of this book. The second half had a bit more going for it (and even made me cry a little). But being bored for the first 5 or 6 hours of an audio book is hard to overcome. Plus, I thought the solution to the Ram problem was incredibly pat. I was not thrilled with the ending.

Having said all that, I did still like the overall sarcastic tone of the book, appreciated the amount of growth in the characters, and the narrative cast did a good job. 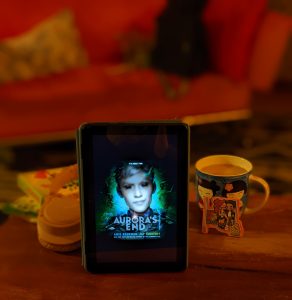