I picked up a second-hand copy of Vanessa Riley‘s A Duke, The Lady, and a Baby at Savers not too long ago. 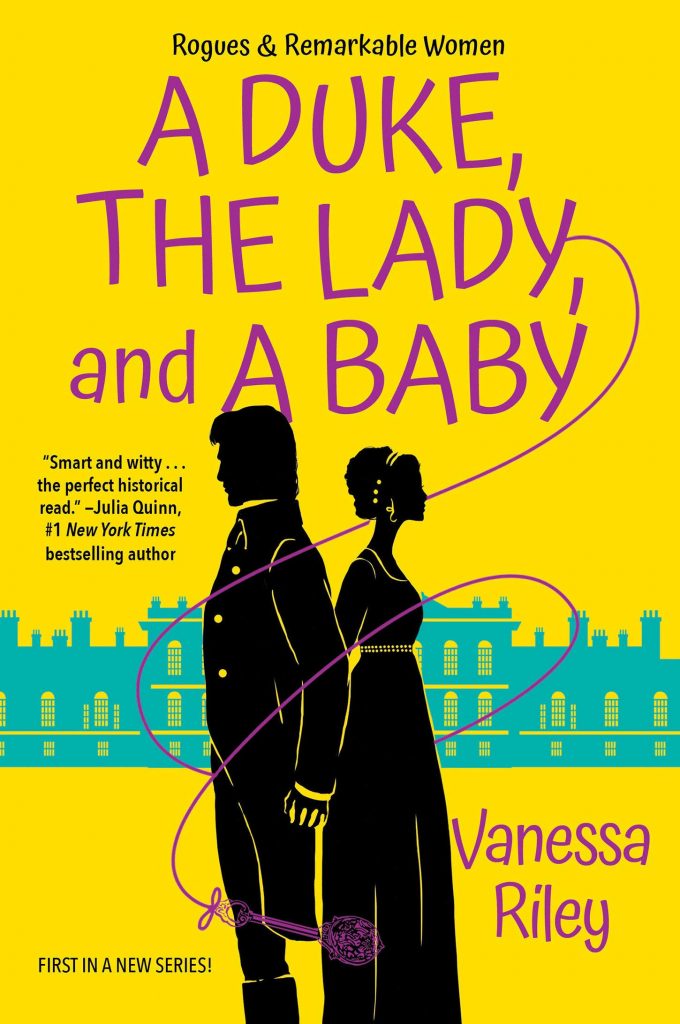 When headstrong West Indian heiress Patience Jordan questioned her English husband’s mysterious suicide, she lost everything: her newborn son, Lionel, her fortune—and her freedom. Falsely imprisoned, she risks her life to be near her child—until The Widow’s Grace gets her hired as her own son’s nanny. But working for his unsuspecting new guardian, Busick Strathmore, Duke of Repington, has perils of its own. Especially when Patience discovers his military strictness belies an ex-rake of unswerving honor—and unexpected passion . . .

A wounded military hero, Busick is determined to resolve his dead cousin’s dangerous financial dealings for Lionel’s sake. But his investigation is a minor skirmish compared to dealing with the forthright, courageous, and alluring Patience. Somehow, she’s breaking his rules, and sweeping past his defenses. Soon, between formidable enemies and obstacles, they form a fragile trust—but will it be enough to save the future they long to dare together?

I enjoyed quite a lot about this story. Both Patience and Busick were likeable characters. I especially appreciated how forthright and communicative Busick was and how ready to stand for herself Patience was. Not to mention that as a West Indian and an amputee, both are unlikely characters…or at least, too seldom seen represented in historical romance characters.

I also liked that there were complexities to Patience’s previous husband. He undoubtedly did bad things, some of which emotionally hurt her horribly. But he also legitimately loved her and some of the things that hurt her so, were his ham-handed, wrong-headed attempt to protect her.

I did think there was some inconsistency in Patience characters. One minute she’s willing to do absolutely anything to stay with Lionel, the next she’s unwilling to take even the smallest order for the same thing. I mean, Busick liked it. So, it worked out in the end. But it wasn’t represented as being done to catch his attention, or with a purpose. So, it just felt like an inconsistency. The dialogue was also stilted at times. But I otherwise liked the writing.

If you’re looking for a steamy romantic read, this isn’t it. It’s not even overly romantic, in the sweep you off your feet sense. . It’s sweet and the love is meant to be real. But it’s more subtle, more a romance of convenience than anything else.

All in all,  I enjoyed more than I didn’t and am interested in following the series. 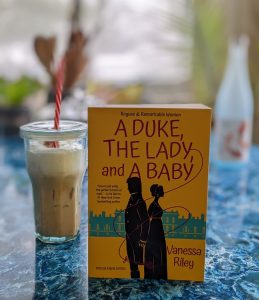 Book Review: A Duke, the Lady and a Baby

Book Review: A Duke, the Lady, and a Baby by Vanessa Riley

I won a paperback copy of Ella Quinn‘s The Most Eligible Viscount In London through Goodreads. Then, it was promoed on Sadie’s Spotlight, which was a reminder to actually read it instead of letting it get lost on my book shelf. 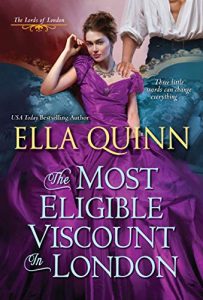 I found this beyond frustrating. It is an entire book that could have been resolved with one simple conversation. But then the characters commenced going horseback riding together, to town fetes, winning problematically entitled treasure hunts, eating meals together, etc and not having that conversation. It’s all either character thought about, but they didn’t speak of it. And frankly I found the whole contrivance stretched credulity far beyond believably. 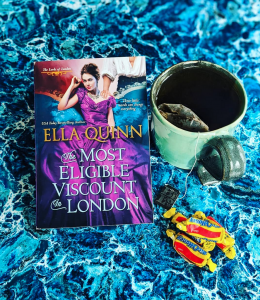 I picked up a copy of Scorpius Rising (by Rebecca Zanetti) at Amazon, way back in 2017. I’ve held on to it because Z-authors are always a challenge to find for my yearly alphabet challenge.

With a deadly disease spreading like wildfire across the country, microbiologist Nora Medina needs to focus all her energy on stopping the pandemic. Playing with dynamite—in the form of her way-too-hot ex—is the last thing she should be doing. ​But forced to work with Deacan McDougall against unexpected enemies with the seconds ticking by, she knows the explosion is coming…

Honestly, I thought this was pretty bad. The plot has too many holes in it. The heroine is spineless and the hero is a neanderthal jerk. (I can handle an alpha a-hole hero in a paranormal romance, where being a werewolf or vampire or sea monster explains away the assholeness. But in a plain old human, he just feels abusive.) The sex wasn’t sexy, being of the no foreplay, “he pounded/hammered/slammed into her” sort. The science was hand-wavy. And the whole thing just felt ridiculous.