I waited a lot of tables in college and then spent seven years investigating allegations of abuse and neglect with the Missouri and Florida Departments of Children and Families. I recently returned from the UK, where I lived for several years and garnered a degree or two. Now I call St. Louis, Mo home and pretends not to miss England.

I happen to love university campuses, and have more education than I need, including a Bsc in Anthropology, with minors in Archaeology and Comparative Religion, an MA in International Criminology, and an Msc in Social Change (Stats). I still plan to pursue a Ph.D. at some point, if life would just get out of the way, oh, and write the great American novel, of course.

I tried once when l wrote The Weeping Empress. It’s a dark fantasy adventure with some unexpected YA crossover appeal. It follows the misadventures of a small band as they attempt to escape a fate laid down by the Goddess herself, and changing the course of history as they go. But nowadays I look back at that as more of a learning experience. 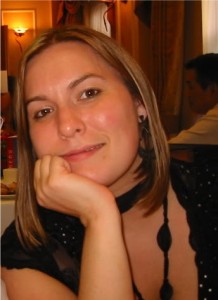 This is my favorite picture of myself, though it’s getting a little old now.

The blog is a hobby I started many years ago. I like reviewing books. I liked the way writing a review puts punctuation at the end of a reading experience. It also helps me remember, years later, what I thought of a book once the memory starts to fade.

I do occasionally accept review requests or join a blog tour. But that’s on my whims. This is primarily a hobby endeavor, not a job, and I run it as such. Not to be a bitch, but that means I make the rules. All of them.

The same goes for the reviews themselves. Reviews often vary. One might be quite academic in tone, and the next just fan-girl squeal, and the next a toxic rant against some aspect of a book. It all depends on how I feel at the end of the book, what struck me, or stayed with me, or irritated me. I can’t be doing it all wrong though; I usually float  between 1,800-2,200 in the Amazon ranking so…

9 thoughts on “About Sadie and See Sadie Read”