Graves’ Anatomy (by Jace Anderson and Adam Gierasch) was featured on Sadie’s Spotlight a few months back (though I’m happy to say it’s had a cover reboot since then). At the time I thought it looked interesting. So, when I later saw it as an Amazon freebie I snagged a copy. 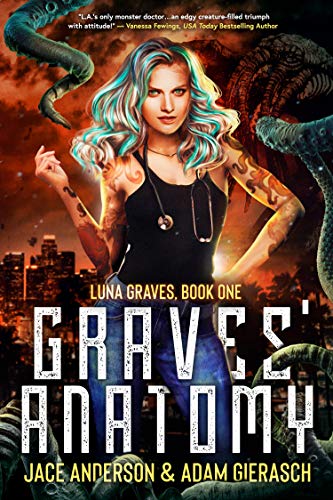 Luna Graves doesn’t believe in monsters. Too bad they believe in her.

Luna Graves is a tattoo artist who specializes in dark and foreboding designs. The creatures are a product of her imagination…or are they? When her estranged father dies, Luna must re-evaluate everything she thinks she knows about the world. It’s her destiny, she learns, to be a doctor to monsters.

Caught between the demands of her human life and her new calling, Luna must learn about a secret world that hides in plain sight. With an ancient evil returning whose goal is to release the Black Death, Luna is the front line of defense for both non-humanity and humanity alike. Will she be able to cure the disease before it destroys Los Angeles and then the world?

I was entertained by this and that’s all I ask of an urban fantasy book. I liked Luna and appreciated her struggle to adjust to her new circumstances. I liked the sense of place in the book. You really feel like you’ve visited the small slice of L.A. it’s set in. And I liked the general world and plot.

I did feel like the book got a little gleeful in it’s “Oooh, look at this weird creature” sometimes. Spending more time than needed cataloguing characteristics. I’m a little skeptical that the shadowkin would have left Luna alone her whole life (up until the period of the book), given the world’s set up. And the dissolution of the villains was anticlimactic, to say the least.

However, as I said, I was entertained. So, I’ll be looking for and checking out the second book (Graves Danger). 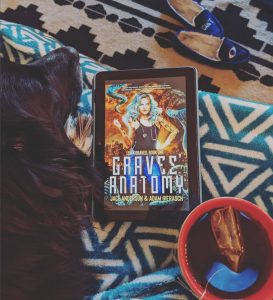