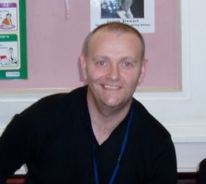 M J Webb is a forty-something father of two from Walsall in England. He is a full time worker and writes in his spare time, though he would love to change that fact. So far, he has penned two novels, ‘Jake West – The Keeper of the Stones‘ and the sequel ‘Jake West – Warriors of the Heynai ‘. A third novel (as yet untitled) will complete the trilogy, though it is a work in progress, which should hopefully be finished by the end of the year.

The stories tell of the adventures of fifteen-year-old Jake and his best friend, Ben Brooker. The teenage boys from Lichfield, England discover a box in Jake’s grandfather’s attic, a box that cannot be opened by anyone other than Jake, or a member of his family. Jake opens it by accident for there are no hinges or catches of any description. By doing so, he inadvertently alerts warriors and wizards on distant worlds to its existence.

Now he is being hunted across worlds. An epic journey has begun on which his life will be in peril every step of the way and he is about to learn from his grandfather of some strange family secrets. The action is fast and furious. The stakes can be no higher. If Jake West, the new ‘Keeper of the Stones’ cannot protect them, restore them, he cannot go home and the future of our world and many others is at risk.

You can buy the novels online everywhere and you can check out M J Webb’s site at http://www.jakewest.co.uk. 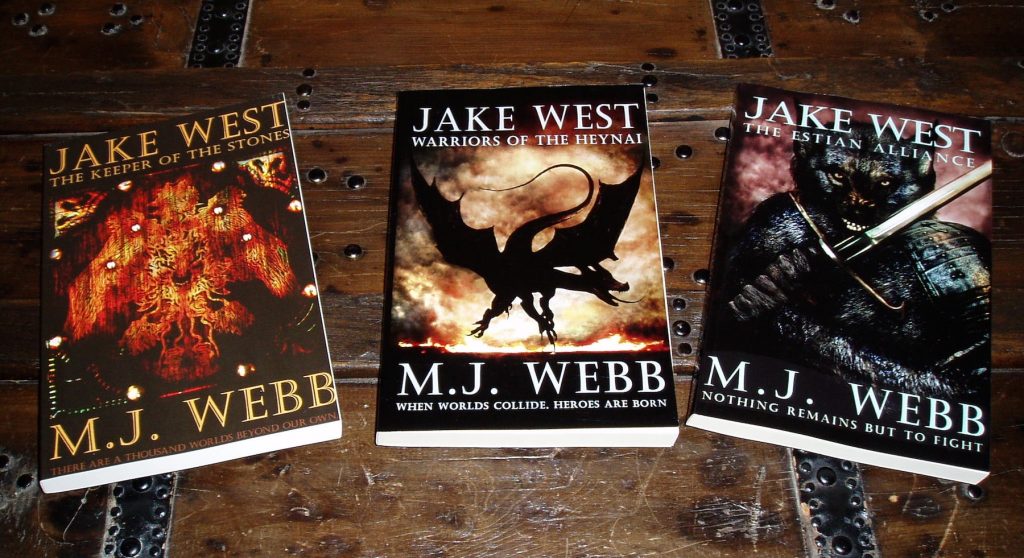 There is a facebook fangroup called, ‘Fans of Jake West’ as well as an M J Webb author’s page. He is also on Twitter, Librarything and Goodreads.

For all fans of Harry Potter and Lord of the Rings these books are a must. They are a compelling read and the reviews so far have been extraordinary. As with most self-published authors, marketing the novels has been hard for M J Webb, given his limited free time and resources. Without the power of a large publisher and a literary agent behind him, it has been hard to reach the masses and let them know about his books, though they have been very successful for self-published works. Anything to help spread the word is invaluable and greatly appreciated. Check out the great reviews on site or on Amazon. ☺