You know, I keep saying I don’t read short stories. But people keep sending them to me and I always feel too bad to just ignore them. So I end up reading them in the end. Maybe I should just give up and admit I read them, even if begrudgingly. 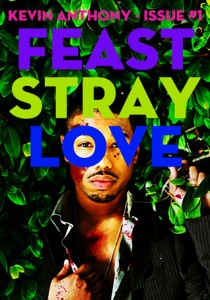 I received a request from Kevin Anthony to read Feast, Stray, Love . Since both the first and second were free on Amazon at the time, I figured why not.

I’ll be honest and say the story borders on the absurd. But sometimes that can be a lot of fun. This is one of those times. I rather enjoyed poor Damien’s continued frustration, he and Ben’s love, the series of abrupt and unexpected events, and the interesting plot that seems to be developing. Unfortunately, being as I’m not a HUGE short story fan to start with, I’m fundamentally opposed to short stories that don’t actually end. Isn’t a series of interconnected, conclusionless short stories better called chapters…of a book? Given my feelings on the matter I was disappointed to get to the last ‘page’ only to discover that it wasn’t the end of the actual story. This is my primary complaint though. The writing is fairly smooth, the tone often sarcastic, and the characters pleasantly engageable.

This second instalment of Feast, Stray, Love picks up shortly after the end of the first. Damien has moved to a neighbouring town, manages to find himself in yet another fine mess and apparently hasn’t been able to avoid The Factory’s reach. Though the novella could use a little more editing, I still really enjoy Anthony’s writing and characters. But the story seems to be splintering a little bit. I’m not certain what Caleb and the pastor’s drama has to do with the original plot. I’m also left wondering how The Factory is getting away with what it is doing. It doesn’t seem very well hidden. Lastly, Damien has developed a rather startling ability, but never batted an eyelash at it. Seriously, who’s that calm about something like that? (But you’ll have to read the story to know what I mean.) 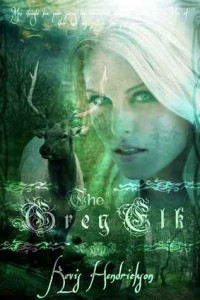 I’ve had Kevis Hendrickson‘s The Grey Elk on my list for a while. I downloaded it from Smashwords, I’m fairly sure it was during one of the seasonal sales (read for free).

The story is less than 15 pages long, so there isn’t really time for much to develop. However, I was impressed with how much Hendrickson managed to relay in so few words. The language leans toward some version of oldish English (I guess). It’s full of word like ere and erst. It fits the fairytale-like telling of the story, but I found it also felt artificial. I’ve previously read one of Hedrickson’s Sci-fi books (Rogue Hunter: Quest of the Hunter). I’ll be honest and say I apparently prefer his space opera to his fantasy. But he certainly knows how to write. 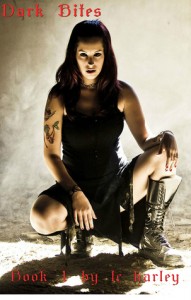 I grabbed Dark Bites, by T.C. Harley, from Smashwords. It’s a freebie.

This is not a short story. At 19 pages, it is, at best, the first couple chapters of a longer piece. Even if I had been impressed by the writing, the plotting, the characterisation, etc I would be extremely dissatisfied with such a short, incomplete piece of something more. It’s pointless on it’s own for anything other than tempting you to seek out the next bit of story. This does not please me. As it stands, I thought that the writing was OK. The story looks like it could be an OK YA piece. But how could I know? I only got to read the first 19 pages of it. 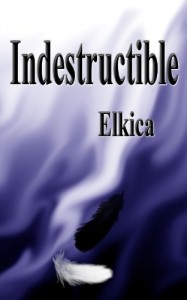 There were a lot of things I liked about this story. I liked the use of Judeo-Christian mythology without even a whiff of proselytization. I like the subtly. There were a number of things that you were never told directly, but the events and contexts told you. I liked the fun way the genders of some well-known characters were swapped around. What I didn’t like was that that it felt incomplete. Even the title, Indestructible, is predicated on an event that the importance of is never explained. I think this would be much better as a longer piece. But as it stands it’s still pretty entertaining.

1 thought on “Clearing Off the Short Story Shelf”