This post is a little bit of a rant, a little bit of me being confused and a little bit of an FYI. For those of you paying attention, you may have noticed that I haven’t posted a single review of a book sent to me as a review request yet this year. You might be tempted to think I’ve stopped reading such books all together. But you’d be wrong.

Granted, part of the reason is that I broke my wrist mid-December and quit reading novel-length books for a while. I did make a huge dent in my short story/novella shelf though. But that was only a couple weeks and not the whole reason behind my lack of request reading.

The primary reason I haven’t posted any such reviews isn’t that I haven’t read any such books. In fact, I’ve started several. The problem is that I couldn’t finish any of them! I’ve examined myself and my behavior to see if I’m being harder on requests than I am on other books, but I honestly don’t think so. I think this is something originating outside myself.

I keep a very open acceptance policy, so it’s no surprise that I receive a lot of books I’m not interested in reading. Now, it should be remembered that the reason my policy is as it is is because I can’t get authors to read and follow my policies. If I state I don’t accept short stories or Christian fiction I can GUARANTEE I will get a request (probably several) asking if I’m interested in reading their short Christian romance. I got so tired of fielding requests that I had stated in advance I didn’t want that I just stopped bothering.

This is almost certainly a minority ruining everything for the majority. I, of course, can’t know how many authors saw my disinterests and decided not to submit. But enough either thought they were the special snowflake exemption or (more likely) never even read the policies to know that their novel was outside my preferences.

I mention all this because that explains me having to wade through a river of requests that I have no interest in. But as I’m clear that this is the process in the policies (for those who read them) I don’t feel too bad about it. It’s the reason I only accept ebooks. This keeps it cost free for the authors and they’re out nothing but time if I don’t read their book.

This still leaves the question of why I’m having trouble finishing the books I do pick out of the pile. I don’t want this to be any sort of Indie or self-published bashing. I love such authors and have read a ton of such books that I loved. Similarly, I’ve read and raved about some books I received as requests. For example, The Bone Road, Murder Takes Time, The Guest of Honor, The Seraph Contingency, The Nirvana Plague, and The First Noble Truth were all requests and all received high praise from me. I recommended each one, both online and to people in real life. Heck, I tried to get my book club to read the last one. 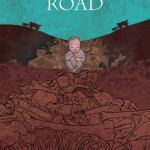 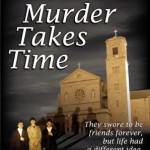 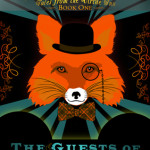 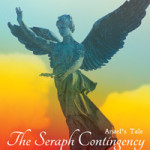 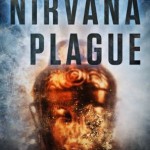 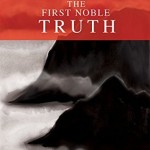 But what they all also have in common is that none of them were read particularly recently. I’ve run this blog for three years and in that time there seems to have been a change either in the quality of books seeking independent blogger review or a change in the authors seeking such reviews. Because I am noticing a precipitous reduction in the quality of books I’m receiving.

Qualifiers: This is obviously subjective and is based on the books I have attempted to read. There could be gems in and amongst the ones that I haven’t. This is not meant as a sweeping statement about all indie/sp books and authors in general. It also isn’t directed at any particular individual(s) who has sent me a book. I am talking trends here.

And obviously, I can only guess at the cause, but here is my guess. I call it the scattershot method of review request. It is incredibly hard to find bloggers who are open to self-published authors. Things are a little better for indie authors, but it’s still a limited playing field if you’re seeking reviews of your own book.

Authors are told to expect large numbers of rejections and bloggers who will accept their book but never actually read it, not to mention just being ignored. So, for a lot of authors, it doesn’t seem time efficient to research bloggers and pair their book to appropriate ones. It is easier to simply send their book to every single blogger willing to publish a contact method and hope something sticks. 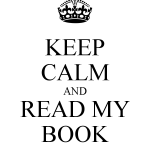 This is of course why I gave up trying to get authors to pay attention to my preferences in the first place. Sometimes authors never even make to the blog, let alone the policies. I’ve been propositioned on Twitter, on Goodreads, in friend requests, by contact page, in the comments of other books’ reviews (on the blog, Amazon and GR), on Facebook and my personal email. Authors are desperate to get their book before a reading audience.

What’s more, I think this same sense of desperation sometimes carries over into the production of the book itself. It creates a sense of needing to rush. As if there is a fear that if they don’t get their book out and in front of bloggers soon they’ll miss the self-publishing bubble or be further down the reading list. And I think there is an overlap here. Those authors willing to skip researching a blogger before sending their request are often the same who are willing to skimp on the services that would result in a higher quality product.

So, what bloggers like myself often end up with is worse than a slush pile. It’s a flood of ill-conceived, poorly edited, weakly plotted books that are of no interest to ourselves. And somewhere mixed in and among them are stellar reads, books so well-written, meticulously plotted, developed and put together that they really should be hitting big six selves. But those same books are too often hidden in the refuse. (I’m sorry, I know that sounds harsh, but I hope you take my point.)

On the upside, as an intrepid author with one self-published book under my belt, I have learned a TON about what not to do as both an author and a review requester. There are a certain number of writing mistakes that I know I’ve been guilty of in the past that I am painfully aware of now because I’ve seen them in other such books. As a review requester, I know I fouled up when I sought reviews of TWE. I’ve admitted that before. But scattershot was never one of my sins.

So, the question becomes, other than shutting the door to requests, what can be done about the problem? While I think that I recognize some of the causes of it (and I imagine there are others), I don’t have answers. But I’m putting this post out in the world partially as an explanation for the tapering off of the number of requested reviews I’m posting but also to ask authors to do better. The blunderbusses are ruining it for those who are trying to be conscientious. Conversely, I’d love to hear from other bloggers. Do you have similar experiences or is it just me/coincidence somehow?