I received an e-copy of Eve L. Mitchell‘s A Glow of Stars & Dusk through Netgalley. 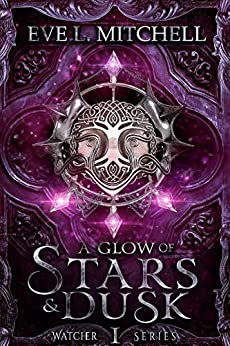 One psychic. Six demons. And a whole lot of trouble.

I am a typical, though admittedly anti-social, woman who lives alone in the rural Highlands of Scotland. I also happen to be a clairvoyant who can summon the dead. It’s a pity the souls I see didn’t give me a heads-up, nor did I glimpse my own future on the night six demons came hunting for me.

Their leader believes I am a witch and refuses to let me go until I have performed a spell to lift a blood curse. A spell I do not understand and one that I cannot read. But does he listen? No. Is he infuriating? Yes. Is he hotter than hell? Well…obviously.

Being thrust into the world of demons is terrifying. I mean, they travel with hellhounds, and they’re not the only demons hunting me either. Can I trust any of them? My once boring life is in their hands, and I’m in over my head.

Fighting my ever-growing attraction to the arrogant demon leader is hard enough let alone learning to use powers I never knew I had. But I am Star Elizabeth Archer, and all I know is that I need to learn, because a whole lot of trouble is coming my way. Fast.

Sometimes you read a book and enjoy it, even though logic tells you the accumulation of the elements making it up should result in a whole you’d dislike. That’s how I fell about A Glow of Stars & Dusk. A woman is taken hostage, denied the information needed to make sense of her circumstance, alone with several men with expectations of her, who speak insultingly to her and disparagingly about women in general, a real alpha-asshole romantic lead, a relationship with abusive red flags flying every which way, ect. Most of these things I generally dislike on principal.

But being fantasy and the main male romantic lead being a demon (you have to expect some evilness, right?), I was able to set aside a lot of my qualms and enjoy the book for the snarky sarcasm and what-will-happen-next quality of the plot. I will warn that it has quite a dramatic end. It would stand alone (though I imagine a lot of people wouldn’t be too happy with it). But, as there is supposed to be a book two, I’ll call it a precipitous cliffhanger.

I did think the author went a little too far with the demons’ origins and age. It felt over-blown.  Like, what interest would a 24yo women be to someone with that breadth of experience? But beyond that I have few complaints. I’ll be looking to read book 2 when it’s released. 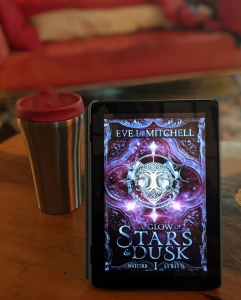