In my front yard, boarding the road, I have two large trees. They’re beautiful sweet-gums (we just won’t speak of the endless time I spend raking up artillery-worthy spiky balls) and for years I have looked at these trees and thought one of them would be perfect to mount a Little Free Library on. 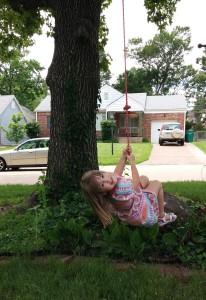 The problem is that I’m not really the crafty type and, though I know I can buy a LFL for a couple hundred bucks, I’d still need to mount it. Don’t get me wrong, I’m not helpless. I could manage it, but it would be inelegantly done, to say the least.

Even if I involved the husband, it wouldn’t be much better. He doesn’t work with wood. Need a bicycle frame welded into perfection? He’s your man. So, while he could certainly make me a mount, it would probably weigh more than the LFL, including all the books. (Plus, steel isn’t exactly cheap!)

OK, I probably won’t get the fancy, super expensive one, but a girl can dream.

But I see an opportunity in the future. The husband’s family is coming to visit early this summer and his uncle, though now retired, is a builder. I’ll have my LFL this summer. <Insert wild applause here.> That means it’s time to prepare.

This brings me to the opportunity I suggested in the title. The whole idea of a LFL is that friends and neighbors borrow regularly, always taking one book and leaving another. As an example, below is a short film from British Columbia in which the library’s steward states it rotates roughly 100 books a week, in the busy season. I’m guessing ‘the busy season’ means spring and summer.

My road isn’t quite as busy as the one in the video, so I don’t anticipate quite that much traffic.  Though I am close to a main road and there are a number of dog walkers, so you never know. But I intend to ensure that there is at least one indie/sp book in it at all times and I’m open to authors sending me a copy of their book to be included.

Now, I can’t guarantee that this will result in a review for those authors who take me up on this offer and, since I don’t want to make this an indie LFL, I won’t be putting them all out at once. Therefore, it could take a while for your book to make it into the LFL, but it will get a book out there and into circulation. Which you have to admit is something.

If you’re interested in sending a book, email me at LFL@sadieforsythe dot com. I would suggest only stand alones or first in series, please. Unless you and your series are particularly well known, I can’t imagine a second or third book in a series no one knows circulating well.

On a side note, whether you’re interested in my future LFL or not, the LFL movement is a worthy one. Until May 21st they are running a Kickstarter to earn money to post libraries and books in book-deprived neighborhoods. Why not check it out?

Have questions or comments, feel free to drop me a line. I’m open to discussion and/or suggestions.