I picked up a Kindle copy of D.E. Chapman‘s Dragged Under on one of it’s Amazon freebie days. 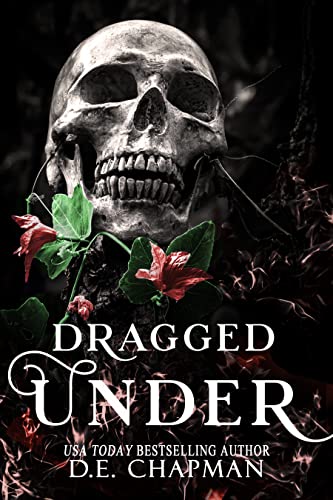 I was normal… until I wasn’t. Dying does that to people, I guess.

But I’m getting ahead of myself. My name is Gabrielle, and I’m an omega. My life took an unexpected turn the moment I was dragged into an alley and murdered. When I woke up, I fully embodied lust and jumped three sexy-as-sin strangers—who just so happened to be Hell’s strongest demons.

Now the four of us are bonded for life. And as it turns out, this group of three is actually a group of six. Oh and there’s this huge plot to overthrow the current leader of Hell, and somehow I’ve found myself smack dab in the middle of it.

If I thought my life before was a challenge, it’s got nothing on this shit.

When I picked up a copy of Dragged Under, a reverse harem in which a woman mates the Deadly Sins (one of which is Lucifer himself), I never would have imagined my primary descriptor on finishing it would be bland. I was simply bored the whole time.

The villain is a caricature that drops in to monologue briefly on occasion and nothing more. The primary foil being ridiculous challenges that are overcome with comical ease.

Everyone had two names (both the 7 Sins and everyone else) that are used interchangeably throughout the book. So, I could never keep track of who was doing what. (Why would an author do this?) On top of not being able to keep names straight, none of characters are well developed or differ enough to tell them apart anyway, not even the heroine. 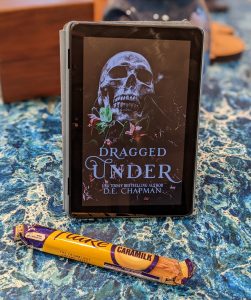 But then how could she be? She spends literally half the book asleep or unconscious and the other half being carried or used as a flesh-lite. (The men negotiate with each-other about who gets to stick it in next—and that’s about all they ever do. She’s never an active participant.) She might as well be an inanimate object. I’m not even exaggerating here.

And the whole thing ends with a deus ex machina that made no sense at all. I have no desire for more of this series.