I purchased a paperback copy of S.C. Stokes‘ Shards of a Shattered Soul (Strife of Souls, #1). 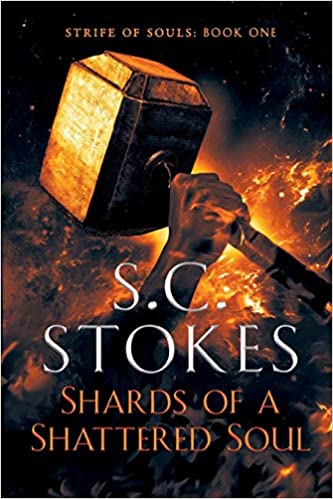 Bathed in Dragon’s fire, Vera Sandrinas has stared into the jaws of death and lived.

With her dying breath she pleaded with the Allfather for her life, and it was granted.

But when war breaks out in heaven, the magic dividing the realms of the living and the dead is torn asunder.

As the undead rise, Vera learns that divine mercy always comes at a price.

Can Vera seal the rift between realms in time? Or will her debt cost her everything?

This was an OK read, but I have a couple complaints. First off, I didn’t know it is a spinoff series when I bought it. (This annoys me so much. Why can’t authors make this more obvious?) And while I could read and follow it, I 100% felt I was missing a lot having not read the A Kingdom Divided series first. I wouldn’t suggest reading this on it’s own. You feel you’re missing a lot and then it’s not a complete story arc. So, you feel you’re missing both a beginning and an end.

Second, the description suggests Vera is the main character. I would posit that she, in fact, is not. Tristan, who appears to have been the main character in the A Kingdom Divided series (according to the blurbs) is the main character here too. Vera is a side character through whose eyes we get to see the gory that is Tristan. Maybe that will change as this series progresses, but as of the end of this book that’s my opinion.

Lastly, the whole thing is a little thin. You can see Stokes building a huge arc in what is a 225 page book. That means there isn’t a lot of depth to most of it. Some of this is, again, because it’s a spinoff and that needed character development and world building probably happened in the first series. But some of it is just that too much is skimmed over and explained in exposition. As a result you never feel you really connect with anyone or anything.

Having said all that, I liked the characters. The series-wide arc looks to be an interesting one, and the writing is quite readable. 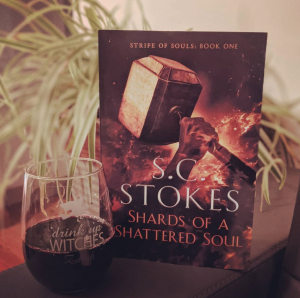